Strength of high-flying ARM is its multiracial, multicultural character – Motsepe

Strength of high-flying ARM is its multiracial, multicultural character – Motsepe 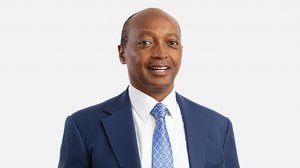 JOHANNESBURG (miningweekly.com) – The strength of South Africa, its businesses as well as African Rainbow Minerals (ARM) itself is its multiracial and multicultural character, which the country is privileged to have, ARM executive chairperson Dr Patrice Motsepe emphasised on Monday, when his JSE-listed company presented stellar financial results that underpinned a sky-high increase in dividend payout.

Pitching the 2021 dividend at a level two-and-a-half times higher than the R12 paid in the company’s 2020 financial year was made possible by the headline earnings of the diversified mining company soaring by 136% to R13-billion in the 12 months to June 30. (Also watch atttached Creamer Media video.)

Motsepe said, during the company’s presentation of annual results covered by Mining Weekly, that the true quality of ARM’s management team had come to the fore during the tough circumstances presented by Covid 19.

“Part of our commitment  – and, in fact, I call it an obligation – is to continue to attract the smartest and the brightest young black and white South Africans of different background and languages.

During question time, in response to an analyst question on ARM’s plan for a successor to the highly successful incumbent CEO Mike Schmidt, Motsepe described ARM’s “very good” succession process as being in place to repeat what had taken place when Schmidt was appointed to the top position as the successor to former CEO Andre Wilkins.

“We’ve got excellent people in-house who are very good candidates to consider as potential CEO successors,” said Motsepe, who added that plan would once again reflect the rewarding continuity that had so successfully been achieved during the previous transition.

This would be done by Schmidt staying on in ARM when his successor was in place “because we want to keep Mike’s world-class experience just like we are privileged to have Jan Steenkamp still on the board of ARM”. Steenkamp is an independent nonexecutive director of the company.

ARM, Motsepe reiterated, needed to make sure that it had the country’s best skills and expertise, and would make announcements in due course on Schmidt’s role going forward – but important was that he would remain in ARM and work together with his successor.

“We continue to look at the smartest young graduates from the top universities in South Africa. The best strategy is to get them when they leave university, and to many, we are providing scholarships,” he said.

The Motsepe Foundation was, he added, also providing scholarships to thousands of students.

“We want to make sure that we get the best black and white, coloured and Indian South Africans from a very young age, and those that are not so young to feel that ARM is the best place to work in South Africa and in the world,” he reiterated.

Cash generated from operations increased by R3 936-million to R7 802-million in the period.

ARM has introduced several initiatives to ensure that achieving net zero by 2050 becomes a reality and is also recognising the need to meet its transitional obligations.

“There are hundreds of millions of people who are still in industries that have to transform and have plans in place to get to zero emissions. We have an obligation, particularly in South Africa, as well as in Africa, the countries where we do business, to work with all stakeholders and provide workers with skills and expertise in the new industries that are emerging, and also to ensure that the commitment we have to keep this planet safe are effectively implemented,” Motsepe said.

Among ARM’s list of growth projects are the Black Rock and Gloria manganese projects, which involve a potential ramp-up of manganese production to five-million tonnes a year subject to rail capacity.

“There are lots of good discussions that are taking place with Transnet and we are working together with Transnet and we’re committed to partner with them to  make sure that the rail infrastructure is at a level to allow the mining industry as well as the country to benefit from the increases in the prices of the commodities mined,” said Motsepe.

Another growth project is Modikwa chrome recovery plant, which will have a capacity to recover 288 000 t of chrome concentrate. The commissioning of this plant is scheduled for the first quarter of 2022.

The commissioning of the Two Rivers plant expansion project for an additional 40 000 oz to  60 000 oz of six-element (6E) platinum group metals a year, is scheduled to take in the third quarter of next year.