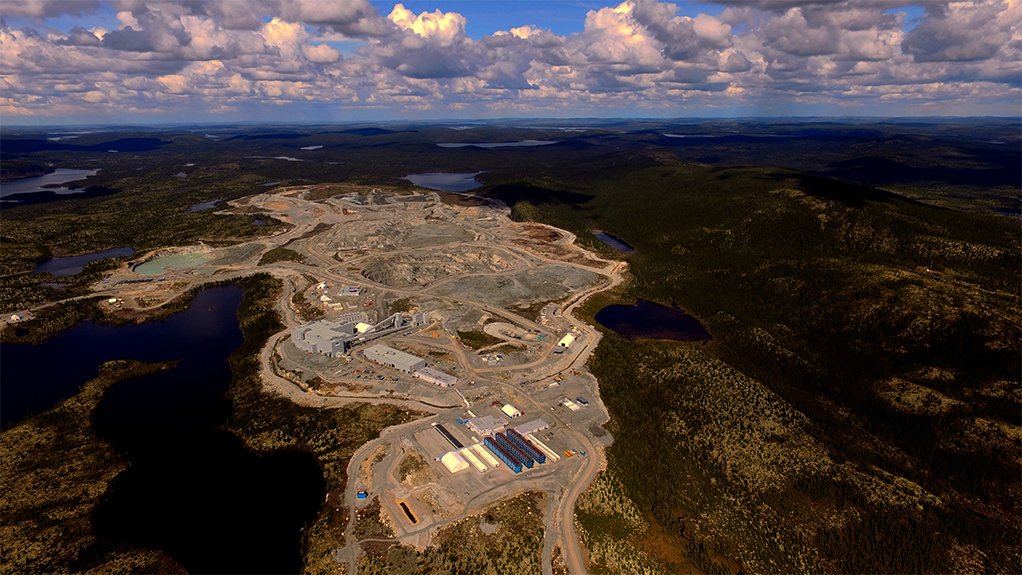 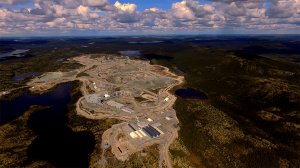 VANCOUVER (miningweekly.com) – Quebec’s sole diamond operator, Stornoway Diamond Corp, has reported strong third-quarter production and sales results, despite a rough market correction at the end of the quarter that served to slow the rate of increase.

Earlier this week, the Longueuil, Quebec-based company reported that production had exceeded the company's planned output by 5% at 442 154 ct for the third quarter ended September. The rough precious gems were recovered from processing 506 381 t of ore with an attributable grade of 87 ct per hundred tonnes (cpht) – 6% below plan and 12% above plan, respectively, compared with planned output of 422 475 ct from 540 000 t at 78 cpht.

The average processing rate was 5 957 t/d during the quarter.

Stornoway said that despite the steady increase in pricing achieved during the course of the year on a quarter-by-quarter basis, it will likely not hit its average price forecast of $100/ct to $132/ct, given the outlook for the rough diamond market for the remainder of the year.

The average pricing achieved in the Renard diamond tender sales is impacted by, among other things, the proportion of small diamonds in the sales mix, market factors and the ongoing issues of diamond breakage in the process plant, which reduces the proportion of larger diamonds available for sale and influences the average quality assortment.

The company reported that it has now broken ground for its new ore/waste sorting circuit that it expects will positively impact the quality of its diamond production and achieved pricing at sale.

The bulk of the breakage appears to be happening at the front-end of the plant, mainly owing to the expected higher-than-average internal dilution of Renard ore, between 30% and 65%. The ore typically contains more than 50% waste, which is preventing the correct conditions of diamond liberation being achieved in the plant’s secondary and tertiary crushers, and the concentration of the hard waste alongside free diamonds in the crushers and recovery circuits is the principal cause of the breakage.

Stornoway’s board has approved a C$22-million programme of plant modifications and operational refinements designed to reduce the breakage to a more acceptable level and produce a higher-quality diamond product. The gneissic country waste rock is harder than the diamonds and the kimberlite, and breaks the diamonds in the crushing circuits.

A waste-sorting circuit rated at 7 000 t/d of ore, and expandable, will be added to the Renard process plant immediately after the primary jaw crusher and before the secondary cone crusher to extract waste in the +30 mm to 200 mm size range. Extracted waste will be trucked for disposal, and the concentrated, less-dilute kimberlite will be reintroduced to the plant for crushing.

The circuit is expected to add $1/t to operating costs and will have the ancillary benefit of reducing load on the rest of the Renard process plant, allowing future potential expansion. Commissioning of the new circuit is scheduled to occur in the first quarter of 2018.