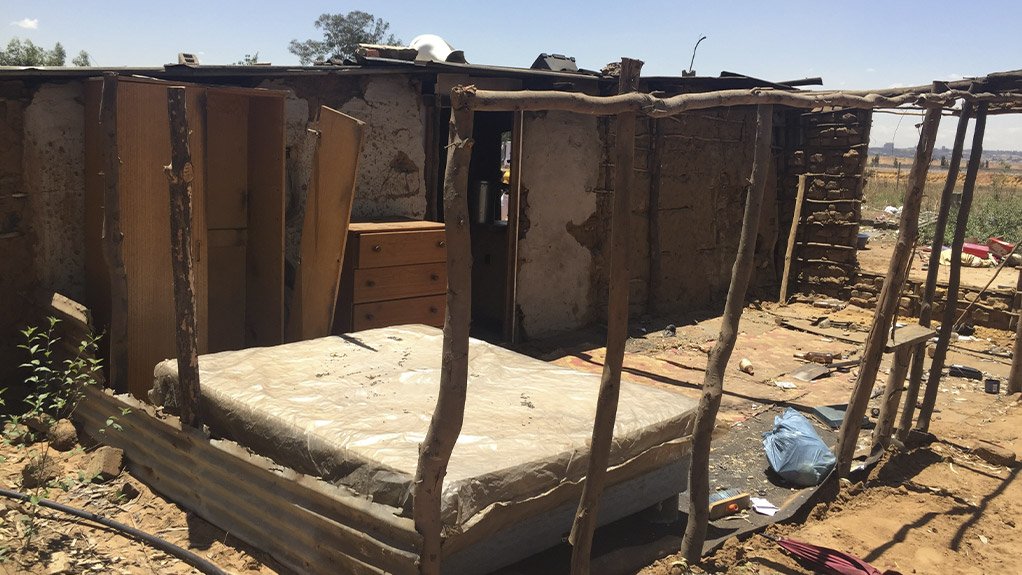 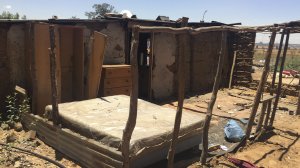 Partially demolished house in the aftermath of a mine's resettlement process

Resettlement is a growing concern during the development of large public and private projects in sectors such as mining and energy, says SRK Consulting senior social scientist Jessica Edwards.

It is, therefore, opportune that the South African government is seeking to define a common approach for South Africa, especially when managing involuntary displacement.

SRK recently shared its views, which it submitted to the Department of Mineral Resources and Energy (DMRE) in response to the Draft Mine Community Resettlement Guidelines, which was published for public comment in December.

Edwards highlights that physical and economic displacement of a community is generally an irreversible step, and has serious implications both for the project-affected people and for the developers whose project demand access to land and subsequently resettlement.

She says that international guidelines promote the avoidance of resettlement during project design wherever possible. However, where resettlement cannot be avoided, careful management is required to ensure positive and sustainable outcomes for all involved.

SRK notes that other African countries have been moving in a similar direction to South Africa – to create manageable frameworks in which resettlement can take place. One such country is Guinea, where the rapid expansion of industries such as bauxite mining had in recent years led to increased resettlement activity.

“Without suitable legislation or a clearly defined and enforced framework, resettlement in Guinea was happening in an ad hoc fashion – often with unsustainable results for those affected.

“Using our experience of managing resettlement processes in a number of countries, we were able to develop a national framework for Guinea,” says Edwards.

Among the related projects in which SRK has been involved are two resettlement action plans for hydropower schemes in Cameroon and Sierra Leone, as well as for a cement plant in the Democratic Republic of Congo.

“International financial institutions apply their own strict standards to resettlement practices linked to the projects they fund, so it is also vital that project [owners] understand and comply with these requirements,” notes SRK senior social scientist Adel Malebana.

Using its insights into good practice in resettlement, SRK is contributing to the DMRE's engagement process with a number of specific recommendations. Among the consultancy’s suggestions are that the draft guidelines make a clear distinction between the main types of resettlement agreements: physical, communal and economic displacement.

An agreement signed with individual households relating to their physical displacement, or with business owners relating to their economic displacement, details the compensation provided for losses of shelter, assets and livelihoods. In these cases, it is very important that project-affected people have individual agreements directly with the company or project proponent.

On the other hand, there are agreements with communities who are indirectly affected by resettlement – who can be said to experience communal displacement.

SRK says they need to be compensated for the loss of ecosystem services, access and mobility when land use is restricted due to mining. This type of compensation will then be included in a communal agreement.

Malebana further states that resettlement projects often lead to the loss not only of housing, agricultural land and other amenities, but also cultural heritage sites and graves.

“The draft guidelines are silent on heritage or intangible issues and should consider them.

“There is also an assumption in the draft guidelines that resettlement projects will mainly occur before mining activities start. However, mining projects often take a phased approach and communities may only need to be resettled at future phases of the project – if and when project expansions are considered viable, for example,” Malebana explains.

In SRK’s written submission, it proposes that a standardised valuation matrix – to determine compensation rates for economic displacement – be developed and published on an annual basis. This would facilitate a standardised and more transparent compensation process.