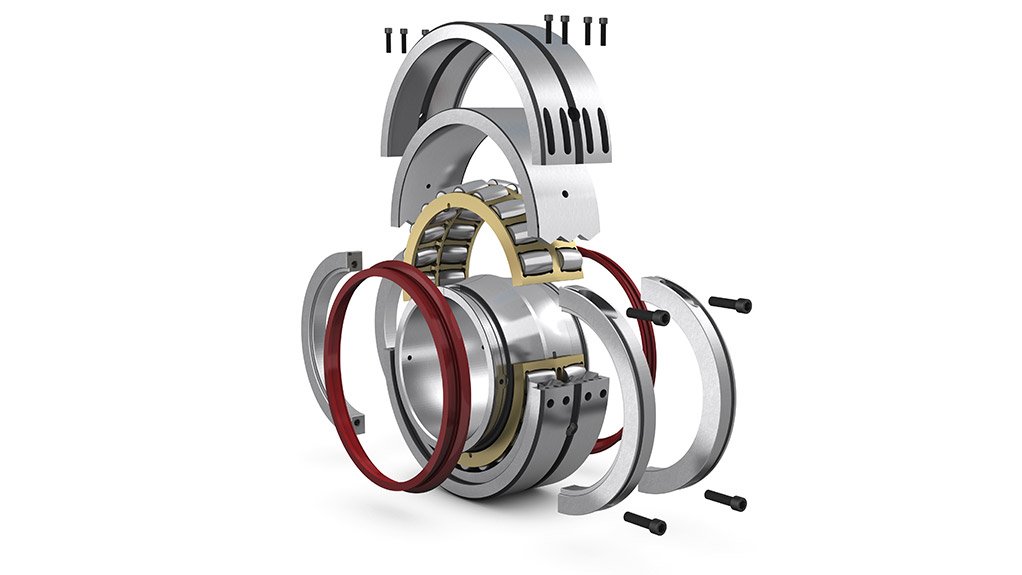 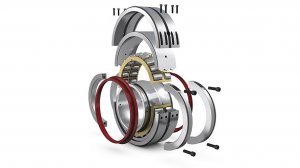 STAYING PUT During bearing replacement, the drive coupling and gearbox do not need to be dismounted, limiting unwanted costs

The 231 Series, available in shaft diameters of 240 mm to 450 mm, is typically used in mining conveyor and stacker/reclaimer applications. Apart from mining, the bearings can also be used in, for example, the minerals processing and cement industries.

Law notes that as the size range increases, applications will expand into other process industries and industrial fans.

Launched earlier this year, the range was showcased for the first time in South Africa by bearings and accessories distributor Bearings International (BI), at the Beltcon conference, held from July 31 to August 1, at the Saint George Hotel and Conference Centre, in Centurion.

BI is an official distributor of the SKF Cooper range.

“Split bearings are ideal for use in the ‘trapped’ bearing position of machines,” Law says, adding that, if a split bearing is used, the drive coupling and gearbox do not need to be dismounted during bearing replacement. This limits unwanted costs, downtime and the need for realignment.

In addition to reduced maintenance and production losses, split bearings are also less of a safety risk, as reducing the number of maintenance steps – such as the overhead lifting of heavy equipment to replace conveyor pulley bearings – improves worker safety, he says.

“About 43% of accidents in the mining and cement industry occur while workers perform maintenance or checks on conveyors,” Law states.

The sealed version also increases reliability because it is inherently more resistant to the ingress of dirt, which allows for lower grease consumption, thereby also reducing the environmental impact.

Law adds that, in mining, the key advantage of the split bearing is the shorter mean time to repair it, which is typically reduced from 24 to eight hours in conveyor systems.

Law highlights that the superior performance of the SKF Cooper bearings is owing to “several innovative design features”, including the ductile steel clamped and wire-cut inner and outer rings, which provide a more secure positioning and superior raceway geometry respectively. A precision- manufactured saw-tooth joint on the outer race of the bearing also boosts axial alignment, subsequently making the race thinner.

The SKF Cooper split spherical roller bearings will “strengthen the SKF Cooper product portfolio and capture opportunities in the market”, specifically in the mining industry with this size range, Law concludes.