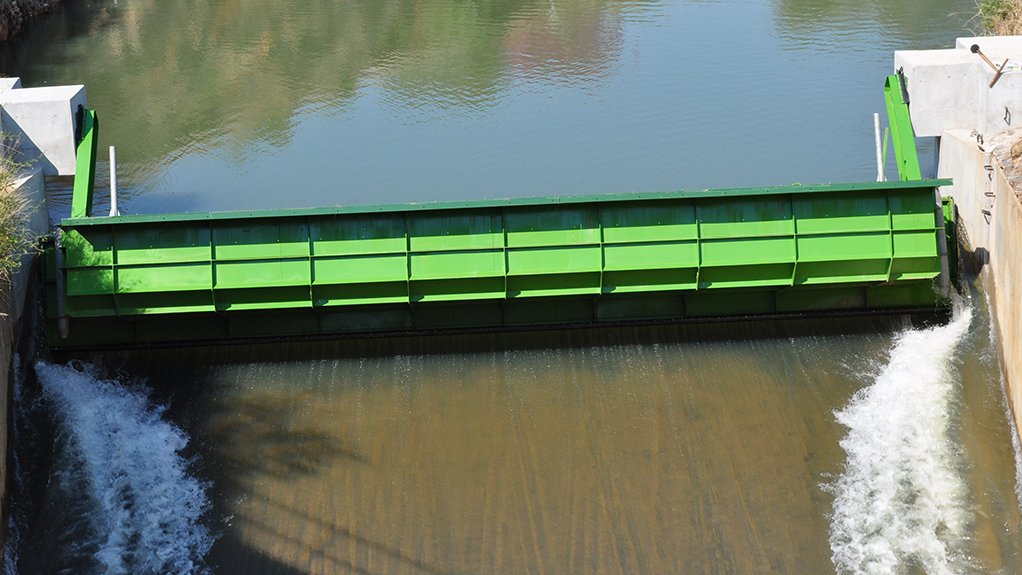 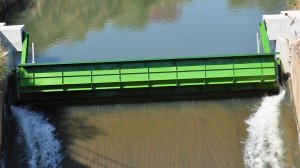 Increasing the capacity of return water dams results in additional water for mine use, particularly when considering the water-intensive nature of mining activities, and the consumption of water by staff and residential communities in and around a mine.

“Raising the dam conventionally by increasing the height of the dam embankment and spillway using concrete and earthworks is one way of increasing capacity.

“Alternatively, capacity can be increased using automatic spillway gates, which will increase the capacity of the dam by 15% to 50%, depending on the height by which it is raised and the characteristic of the reservoir behind the dam wall,” says Amanziflow MD Peter Townshend.

He explains that spillway gates open and close automatically to pass floodwater and retain the full supply level in the dam without human or mechanical intervention, as the gates do not rely on any electrical or mechanical motors or mechanisms.

There is a need to increase the capacity of existing dams because sediment carried into the dam, as well as increased evaporation because of higher temperatures associated with global warming, steadily decreases capacity. Further, the demand for water also generally increases from the mine and surrounding communities.

Moreover, Townshend notes that return water dams are usually filled with raw runoff water, which does not require any process modifications, although the pH or acidity of the water needs to be determined to assess the type of corrosion protection the spillway gates require.

While the conventional method of raising dams can be relatively expensive and time-consuming, the automatic spillway gates provided by Amanziflow are “considerably cheaper and can be installed in a matter of days”, Townshend states.

“The dam can be raised in one operation, which can be done in six to nine months, depending on the size of the dam. This includes time to fabricate the gate, but the installation of the gates takes a matter of days.”

Further, while the operation may necessitate the relocation of people or property, the automatic spillway gates have minimal effect on the upstream properties, Townshend mentions.

He adds that a potential delay may occur, as a water-use licence from the Department of Water and Sanitation has to be obtained.

Meanwhile, Amanziflow is involved in several projects and is soon expected to engage in large irrigation works in Africa.

“Amanziflow is also embarking on a project in Western Australia, where we are separating polluted water from clean water on mine dumps using automatic self-regulating diaphragm valves. We have also designed equipment for a mine in Zambia to settle sediment from the mine runoff before discharging into a pristine, large river,” Townshend says.

He concludes by noting that, while the lockdown caused by Covid-19 has delayed work on site, design work is progressing, with the company working from home.