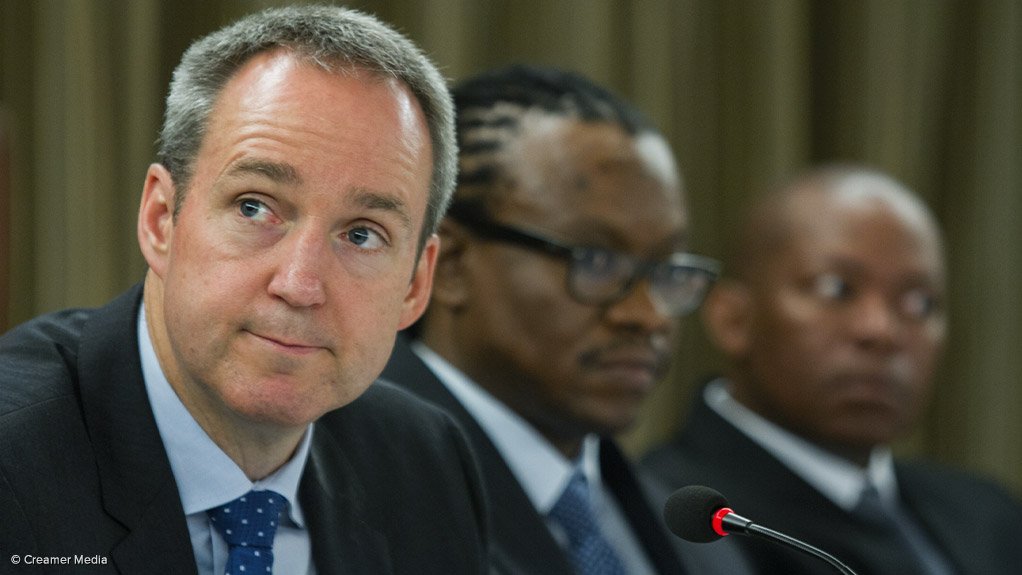 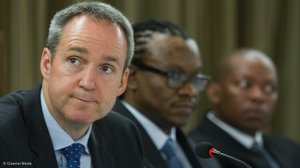 JOHANNESBURG (miningweekly.com) – The complete preferred list of bidders for South32’s energy coal interests is still being finalised, South32 CEO Graham Kerr told Mining Weekly Online on Thursday, when he also provided three reasons why the company’s Australian manganese operations are doing better than its South African manganese operations, and also commented on the steps that his group's aluminium smelters have taken to offer resilience to Eskom's load-shedding programme.

Good operating results and high commodity prices helped to improve South32’s earnings to shareholders in the six months to December 31, when underlying earnings rose 18% to $642-million, cash flow from operations hit the $718-million mark and the half-year closed with the company sitting on $638-million worth of net cash.

It returned $511-million to shareholders by declaring a $258-million half-year dividend, which was augmented by $86-million worth of special dividend.

As has been widely publicised, South32's ring-fenced South African Energy Coal company, which produces thermal coal for Eskom and export markets, is up for sale to previously disadvantaged South Africans.

The placing of the four coal mines and three coal processing plants under separate management will result in cost savings of $50-million a year.

South African Energy Coal is now destined to becoming a black-owned and black-operated business in which communities and employees share value in keeping with the spirit of the Mining Charter.

Speaking during a telephonic media conference, Kerr said in response to Mining Weekly Online that once the list of preferred bidders will finalised, access to the operations would be provided and South32 would conduct due diligence in selecting the best new owner for South African Energy Coal.

“We plan to have this business transformed and it is critical for us that this business is sustainable and is also a business that has some reasonably good growth prospects for the right owner, that is, the newly transformed South African company,” Kerr said in response to Mining Weekly Online.

South32, he said, would ensure that the new owner had the required balance sheet strength as well as the capability to deliver on the growth path envisaged for the energy coal company.

Much work still had to be done on assessing the final stage bids by June 30, which would herald the start of the approval process.

Kerr reported that the company already had strong support from the South African government.

South32 COO Mike Fraser said in response to Mining Weekly Online that a key project being undertaken by South African Energy Coal, the Klipspruit colliery life extension project, was on schedule to begin producing its first coal in the first half of this calendar year, and would require a further 12 months to ramp-up to full production from the three openpits under development.

In the six months to December 31, the Klipspruit colliery dragline outage, that resulted in 9% less saleable South Africa Energy Coal production at 12.2-million tonnes, has turned out to have a silver lining as the repair of the dragline has highlighted its potential to be in a rehabilitation role or in the extension, which was originally predicated on truck-and-shovel mining.

Meanwhile, half-year production from South Africa Manganese fell 5% to 1 075 000 wet metric tonnes (wmt). While full-year production guidance is unchanged at 2 050 000 wmt, market demand will be monitored and trucking used in addition to rail if need be.

It was pointed out in response to Mining Weekly Online questioning that, despite the higher cost of trucking, this option was being taken up owing to an increased level of manganese exportation from South Africa as a whole putting pressure on limited rail capacity and trucking providing an additional route to a buoyant manganese market.

Firstly, the average grade of Australian manganese is considerably higher than the average grade of manganese mined in South Africa. Secondly, the Australian operation is far closer to its export port, resulting in considerably lower transportation costs than what comes out of the Kalahari to the South African ports, and thirdly is the proximity to China, the major customer.

Saleable manganese alloy production from South Africa also decreased in the half-year, this time by 8% to 33 000 t.

Half-year production from South32’s Hillside Aluminium in KwaZulu-Natal increased by 1% to 360 000 t, despite greater load-shedding and full-year production guidance is being kept intact at 720 000 t.

The smelter sources its alumina from South32’s Worsley Alumina refinery in Australia and its electricity from Eskom, largely at tariffs linked to the London Metal Exchange aluminium price.

Hillside’s underlying earnings before interest and tax plunged 133% to a loss of $39-million owing to the higher raw material input costs, the pot relining cost rise and unfavourable inventory movement.

Fraser was relatively sanguine on the load-shedding issue: “Load-shedding is provided for in our agreements with Eskom and it’s something that we anticipate, forecast and plan for,” he said, in response to Mining Weekly Online’s question on whether steps are being taken to be more load-shedding-resilient.

Resilience to load-shedding, as it turns out, is provided largely by technical excellence and “I can say that, technically speaking, both Hillside and Mozal are run very, very well,” Fraser explained.

So, load-shedding has an impact, because it reduces metal output, but efficiencies remain intact.

If load-shedding persists beyond contractual limits, amperage lowering will be considered to minimise thermal imbalance.

“Key is maintaining plant integrity and plant stability, which helps you ride the waves of variation that load-shedding brings,” said Fraser.

Why Mozal Aluminium is impacted by Eskom’s load-shedding, even though it is in neighbouring Mozambique, is because the Mozal smelters could not rely on a single source of electricity. An agreement was thus struck with Eskom, which provides back-up power in the event of a loss of power from Mozambique, and, in exchange for that, a load-shedding regime has been agreed, similar to that at Hillside.

The price of the electricity is determined in South African rands and the rate of escalation is linked to a South African domestic producer price index.

Mozal also sources alumina from South32’s Worsley Alumina refinery with 50% priced as a percentage of the London Metal Exchange aluminium price under a legacy contract.