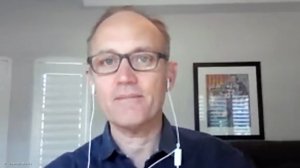 JOHANNESBURG (miningweekly.com) – South Africa’s junior mining dearth is a result of savings no longer flowing through to primary capital raising and stock exchange listings, as the Jacobs Committee expected them to do.

The unintended consequence is that there are no longer small investors for small companies. This has negatively affected retail investor numbers and liquidity in smaller stocks in general and junior mining stocks in particular. (Also watch attached Creamer Media video.)

South Africa's R9-trillion worth of savings are not flowing through to primary capital raising and listings of new companies, which is a radical departure for a JSE that once had half of all the world’s mining market capitalisation listed on it.

What  many are most concerned about is why so few new mining companies are listing on the JSE.

In acquiring just under 20% of Jupiter, Ntsimbintle is entitled to 47% of the profit from the manganese ore produced by the Tshipi Borwa mine, in the southern part of the Northern Cape’s manganese-rich Kalahari basin. This puts it in a strong position because Tshipi is one of South Africa’s biggest manganese exporters. Ntsimbintle is still only entitled to 37% of Tshipi’s ore, which it trades through Ntsimbintle Marketing & Trading in Singapore – but the JSE has still not featured in its successful sojourn. And there are examples of several other companies that mine in South Africa but have their main listings very far from Johannesburg.

South Africa continues to insist on having no tax incentives for investment in junior mining companies, as there are in other mining jurisdictions, even though former Finance Minister Trevor Manuel once promised them. This continues to be so in spite of many continuing to plead for incentives, not the least being the economic transformation committee (ETC) of the African National Congress (ANC), which in a 30-page document released in July last year, stated that South African retail investors willing to invest in mining exploration should be incentivised.

In order to translate South Africa’s comparative resources into a competitive advantage, the ANC ETC document states that there is a need to introduce robust junior mineral exploration and to build strong supportive mining supply and services sectors. The document acknowledges the need to place the mining industry on a path of competitiveness and long-term success.

A significant South African change is the way stock broking has changed in this country.

Stock brokers have converted themselves into wealth managers, who now also put retail investors’ money into large institutional funds that head for the big end of the stock exchange.

Retail investors are benefitting from:

“But where there has not been benefit is that the large institutional funds through which they are saving are only interested in ‘the big end of town’,” said Miller, who emphasised that the year-on-year decrease in the number of listings on the JSE is the exact opposite to what the Jacobs Committee report intended.

“As the overall market capitalisation of the JSE has gone up, the number of listed companies on the JSE has gone down, and that’s happened because smaller companies have been bailing out, they’ve been leaving the stock exchange,” said Miller.

Moreover, it is smaller companies raising primary capital on the JSE that leads to the building of new things and the digging of new mines – development that is at the entrepreneurial heart of any economy.

But what has been happening is the flow of many benefits to large institutions, and very little benefit flowing to smaller companies.

Mining Weekly: What should be done to fix all this?

Miller: We have to acknowledge that there’s been an unintended consequence and for too long the debate has been companies aren't listing because the JSE is doing something wrong – in terms of the JSE’s rules or bureaucracy or costs. In actual fact, the JSE’s requirements are not very different to stock exchanges around the world, which have had a lot of success in attracting smaller companies. I think we need to move the discussion away from saying it’s the JSE’s listing requirements that are at fault. I don't believe that’s the case. There are always things that can be tweaked and improved but that’s not fundamentally the problem. The fundamental problem here is that all our savings, and we’ve got significant contractual savings in the South African economy, flow to large institutions that place them at the big end of the stock exchange. On one side we have savers; on the other side we have companies that need capital, and in the middle you have the so-called self-declared capital allocators, the financial services industry. The benefits that have flowed to investors through the tax incentives they’ve got for pension funds savings, tax-free savings accounts, all the benefits, the fact that collective investments schemes get beneficial treatment on capital gains relative to other forms of investment and shares. All those benefits go to investors. That’s good. But they also flow to the institutional savers and they do not flow to smaller companies, and I think we need to rebalance that equation. Smaller companies need some sort of incentive to list on the stock exchange. We’ve taken all our savings and pumped that into the big end of town to the detriment of the small end of town and it’s time now to rebalance that equation.

LISTINGS FREEFALL OVER PAST 30 YEARS

The number of companies listed on the JSE has reportedly decreased from 776 to 331 in the past 30 years, with more than 14 companies delisting every year on a net average basis. There are only 40 mining companies left on the JSE, many of them as secondary listings. In 1995, there were 121.