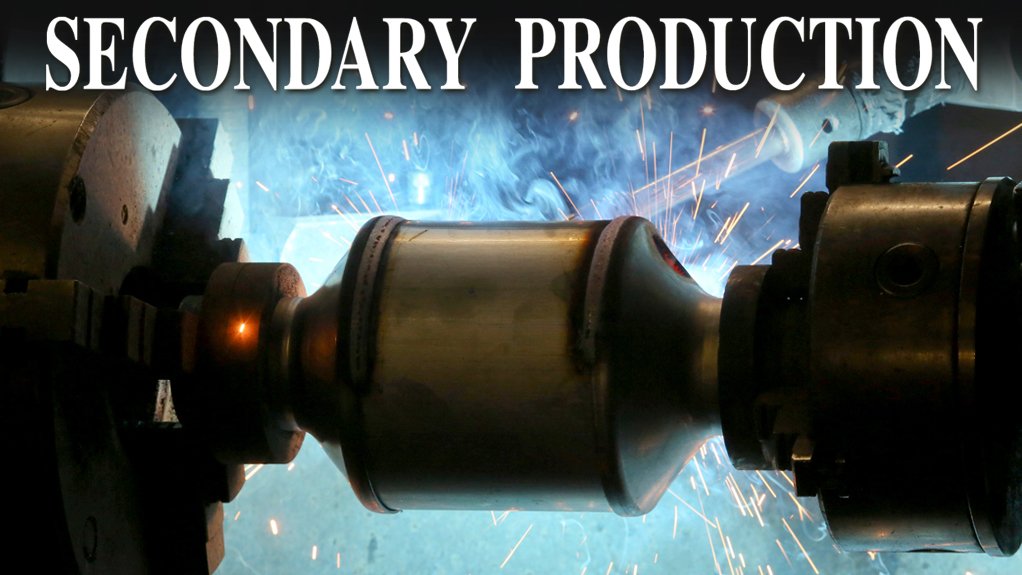 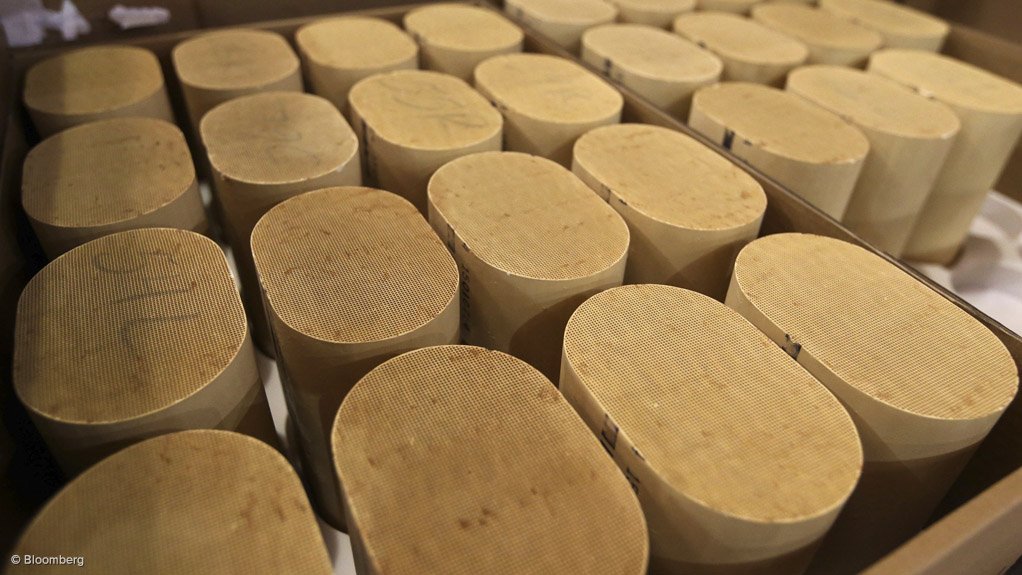 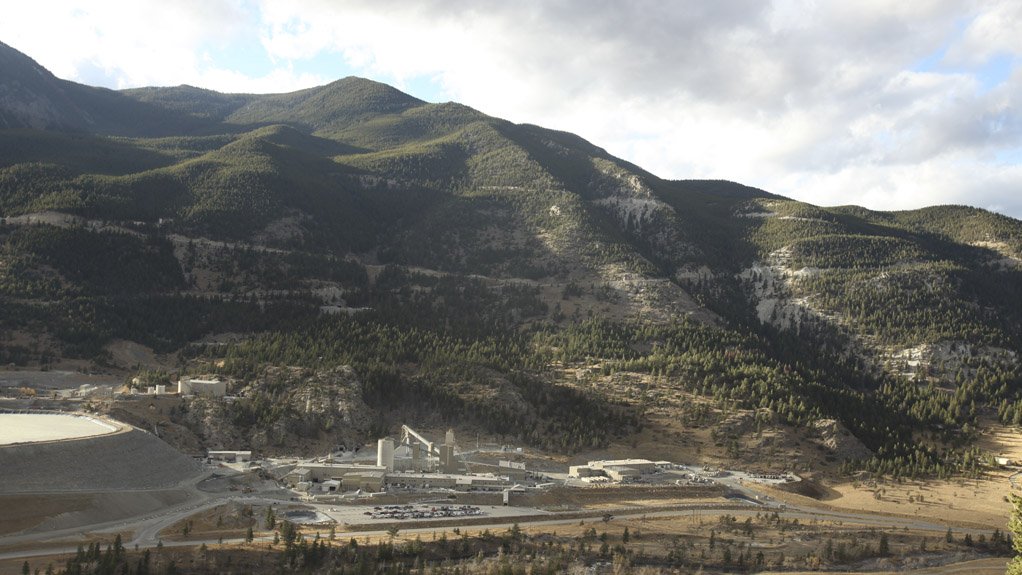 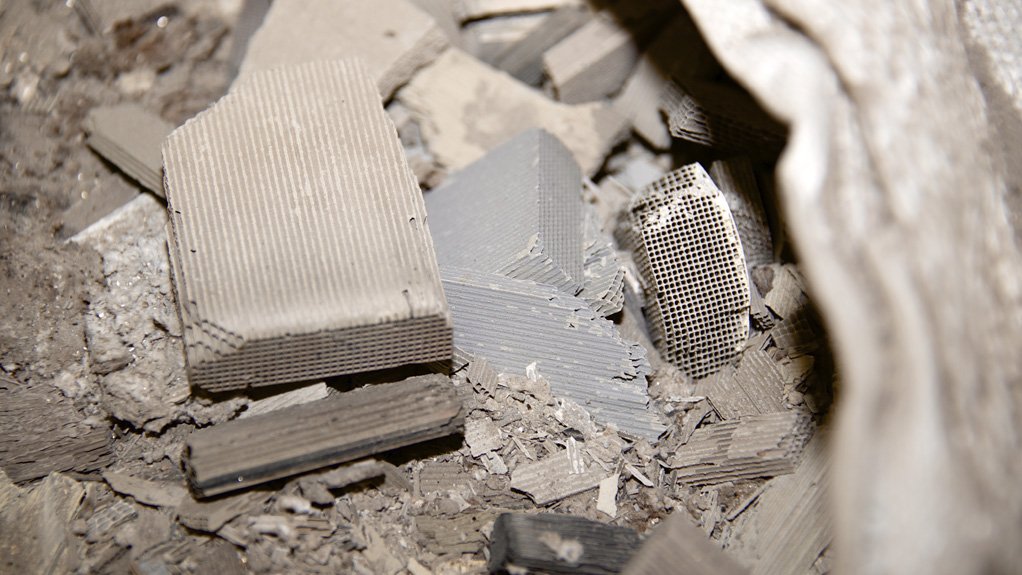 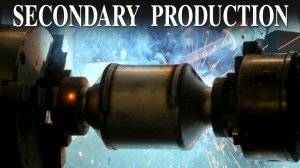 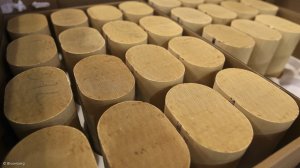 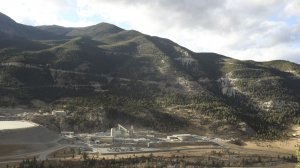 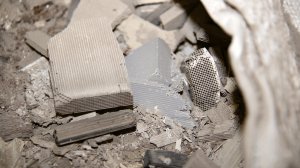 Photo by Bloomberg
AUTOCATALYST MONOLITH Automotive catalytic converters are a major market for primary PGM producers and also the primary source for PGM recycling
STILLWATER MINE Sibanye’s recent acquisition of US PGM producer Stillwater has not only given the precious metals producer a source of primary production but has also opened it to the recycling market
Photo by Bloomberg
AUTOCATALYST RECYCLING Platinum recycling is projected to decline by 6% year-on-year to 1.76-million ounces this year

Despite the mixed performance and expectations of the recycling industry, local platinum producers Sibanye and Northam Platinum this year entered the platinum-group metals (PGMs) recycling market.

Platinum recycling is projected to decline by 6% year-on-year to 1.76-million ounces this year, owing to reduced ounces from jewellery recycling, the second-largest source of recycling after automotive catalytic converters (autocatalysts).

Jewellery recycling is expected to decline by 20% year-on-year to 500 000 oz as jewellery recycling in China returns to more typical levels after the country experienced a significant spike last year, with unusually large stock flows from retailers to manufacturers, according to the World Platinum Investment Council’s ‘Platinum Quarterly Q1 2017’ report, published in May.

Overall, secondary platinum supply grew by 6% year-on-year to 420 000 oz in the first quarter of this year.

According to the report, the reduced profit- ability of the recycling industry has forced some businesses to close and has also resulted in short-term volatility in the flow of recycled metals.

However, in May, Sibanye concluded the acquisition of US-based PGMs producer Stillwater, which is one of the world’s largest PGMs recyclers and operates two primary producing mines, namely the East Boulder and Stillwater mines, in Montana. In August, Sibanye announced that it would change its name to Sibanye-Stillwater.

Northam announced its entry into PGMs recycling following the acquisition of R139-million worth of PGMs recycling equipment and associated premises from US-based PGMs recycler A-1 Specialised Services & Supplies in July.

Sibanye-Stillwater US region executive VP Chris Bateman points out that Stillwater also has its own metallurgical complex with a smelter and base metals refinery. He tells Mining Weekly that the smelter was designed with a capacity of about one-million ounces and is processing about 550 000 oz of material from the two Stillwater mines.

Thus, the recycling business was developed to supplement the feed into the smelter and has generated between $15-million and $20-million every year. “It has consistently grown over the last three years and we envision that the market will continue to grow,” Bateman asserts.

The bulk of recycled material at Stillwater consists of autocatalysts, which are sourced from markets around the world especially North America and Europe. The European market is characterised by platinum-based autocatalysts used in diesel vehicles, which dominates the continent’s passenger market. The US automotive industry is dominated by petroleum-fuelled vehicles, where palladium is used in autocatalysts.

The majority of autocatalysts received by Stillwater will have already been decanned, which is the process of removing the PGM-rich substrate from the steel casing of the autocata- lyst. The substrate is then sold to smelters or refiners for final processing or beneficiation.

At Stillwater, the powder is fed into the smelter with the concentrate and on through the base metals refinery. Finally, refining is done at specialised chemicals company Johnson Matthey’s operation in New Jersey.

Bateman points out that recycling constitutes the largest part of Stillwater’s processing.

Last year, Stillwater’s all-in sustaining costs were $622 for every PGM ounce mined at a current basket price of about $950/oz. “The primary production side of the business, from a profitability perspective, has more leverage, but the recycling part of the business makes money every day,” Bateman says.

He points out that the recycling operation does not take price risks and was still making money “day in, day out”, even in early 2016, when platinum prices crashed.

Bateman explains the company employs this production model because none of the mined material at Stillwater is hedged, giving it total price exposure. However, the recycling business hedges all the ounces it produces, “essentially forward-selling every ounce; so, we do not take price risk on the recycling side of the business”.

He points out that recycling does not constitute the bulk of Stillwater’s market capitalisation, but does offer low risk and predictability. “More than that, the recycling business provides us with additional ounces.”

However, Bateman points out that recycling has limited impact on the unit cost of production. He explains that the recycling business at Stillwater picks up all the costs at the front end for sampling and assaying.

“If we did not have the recycling business, we would still have the same input costs. From that perspective, we are bringing material in with the fixed costs already in place. Therefore, the running costs are not the same as a stand- alone recycling business’s, where you have to fund all those positions,” he asserts.

One of the advantages of Stillwater’s recycling business is its access to the concentrate feed used by its mining assets. This has allowed the business to reclaim PGMs using the same feed rather than having to buy copper concentrate or another feedstock to supplement and collect the materials.

Meanwhile, Sibanye-Stillwater processes recycled PGMs supplied from toll customers, to whom the PGMs are returned under a tolling agreement.

It also supplies recycled PGMs through purchase agreements and tends to advance a significant portion of the value of the contained metal on shipment. Bateman explains that the balance is determined on final assay and Stillwater then charges an interest cost between the time it pays for the material and the time the recycled ounces are turned out and sold at Johnson Matthey.

Meanwhile, Bateman says Sibanye-Stillwater is one of the only recyclers able to accept high-carbon autocatalysts for recycling, providing the company with greater market penetration.

He points out that the high carbon content of the diesel particulate filter in diesel autocatalysts is a challenge for PGMs recyclers, as it causes furnace temperatures to increase, which could result in furnace control problems. “Given the volumes of concentrate that we have, we are able to blend in high-carbon material, but it is something we have to watch very carefully.

“We have not yet hit the peak of high-carbon catalysts and we are looking at ways that will allow us to increase our potential to take [more of] that material. We do charge a premium for high-carbon material, enabling us to improve our margins, but there is probably some capital investment that we need to make to better control and balance that feed,” Bateman asserts.

Challenging Market Conditions The PGMs recycling market entrance of Northam and Sibanye-Stillwater is not the first instance of local platinum producers being involved in the business of PGMs recycling. In the early 1990s, platinum major Impala Platinum was actively involved in recycling through a partnership with A-1 until 2013, when Implats took A-1 to court as it failed to adhere to the terms agreed on by the parties.

Implats was awarded in excess of $200- million by the London Court of International Arbitration in December 2016 and was, subsequently, awarded $16-million in April in a related case, which was part of an effort by Implats to collect on the confirmed arbitration award after a court in the US ruled in its favour.

Impala new business executive Chris McDowell tells Mining Weekly that, while Impala remained well placed to participate in this market by virtue of the capacity of its smelters and its precious metals refinery, the company’s absence from PGMs recycling is due to the change in market conditions. He explains that, after the surge of the platinum price to over $2 000/oz in 2008, the cost of spent autocatalysts from scrap yards increased significantly, impacting on the profit margins of decanning businesses, as well as smelters and refiners.

In addition to the lower profit margins, McDowell notes that there are several risks in processing recycled material, including sampling and evaluation risks, which are compounded in low-profit businesses.

“Given Implats’ experience in the industry, we believe that, despite our competence in sampling and analysis, an element of evaluation risk remains.”

However, McDowell points out that PGMs recycling is likely to continue its growth path until such time as the European market matures and, in the longer term, palladium recycling benefits from growth in the Chinese recycling market.

Meanwhile, McDowell points out that combined primary and secondary platinum supply has not been able to meet market demand for the last five years, which has seen “surface stocks” significantly eroded since 2012.

He points out that the deficit in the palladium market is even more pronounced, owing to increasing demand from US automotive manufacturers and the growing Chinese automotive sector.

“The palladium price being close to the platinum price could have some effect on the market to the extent that, should the palladium price run above that of platinum, there might be moves of reverse substitution, whereby the [petroleum] autocatalysts will increase platinum loadings, with a commensurate reduction in palladium loading,” concludes McDowell.