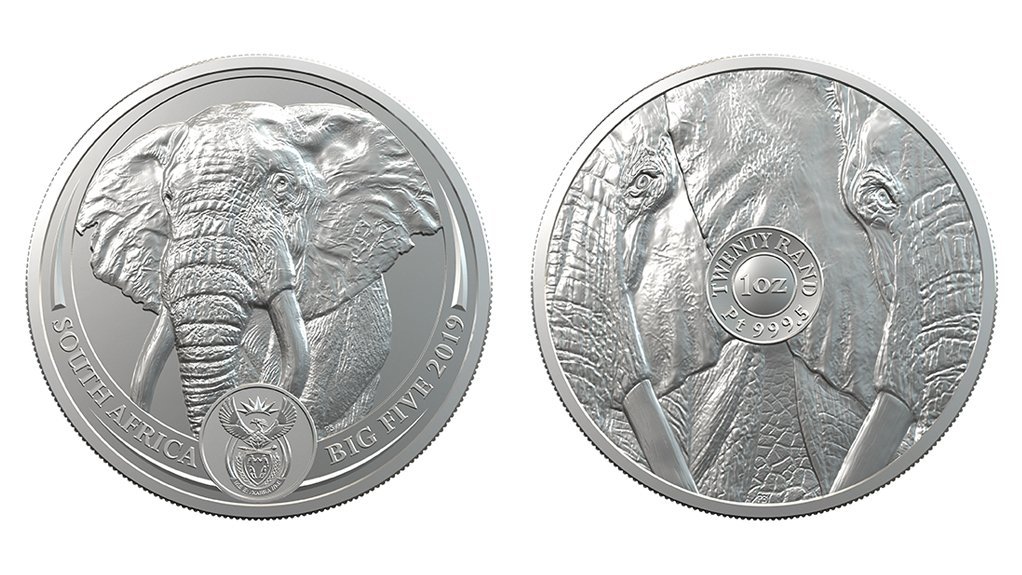 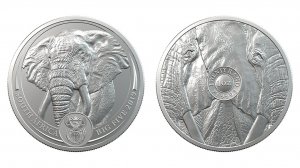 South Africa's new platinum coin has been an instant success.

JOHANNESBURG (miningweekly.com) – The initial minting of the new South Africa platinum coin has been an instant success as demand for platinum coins skyrockets worldwide.

Owing to no further production or exports being possible under current Covid-19 conditions, sales have been diluted.

“There’s been a run on gold coins, silver coins and platinum coins. In fact, on platinum coins, we saw much higher premiums being charged because of their unavailability,” Raymond added.

In the first three months of this year, platinum coin and platinum bar investment of 312 000 oz reflected 300% above 2019’s quarterly average as bargain-hunting in mainly Japan and the US followed platinum’s price fall in March.

Now coin and bar investment demand is expected by WPIC to leap 115% to 605 000 oz in 2020, at a time of historic platinum price discount to itself, gold and palladium.

The Elephant platinum coin is the first platinum coin to be minted by the South African Mint. The largest living land animal kicked off the Big Five series, which will include a new animal every six months from 2020 to 2022, and incorporating lion, rhino, leopard and buffalo coins.

Struck in 999.5 platinum and minted to bullion standard, the coins have been issued by Prestige Bullion, the maker of the iconic gold Krugerrand, the most successful precious metal coin on earth, which attracted sales of more than 60-million pieces over 50 years, equating to more than 1 660 t of local gold used in the process.

Platinum coins that have been the most popular over the years have been the Canadian Maple Leaf and also the Austrian Philharmonic. The mature Japanese bar and coin markets begin buying when they see the price go down below 4 000 Japanese Yen per gram, and it has been almost half that recently, which has resulted in the buying surge in Japan.

The Royal Mint, which until recently had never minted platinum bullion coins in its long history, now mint the ‘Queen’s Beasts Lion of England’ 1 oz platinum coins and fractional coins, selling 35 000 oz of them into mainly the US market.

Being legal tender, coins must be minted by a sovereign mint and the South African Mint drew applause with its maiden launch of about 2 500 Elephant coins.

Platinum is seen by many to be a store of value and source of long-term appreciation and the Big Five series will allow investors in precious metals a wider choice when diversifying their portfolio.

The platinum mining industry is expected to benefit from Prestige Bullion’s extensive global experience in marketing South African gold to international investors in the form of Krugerrands.