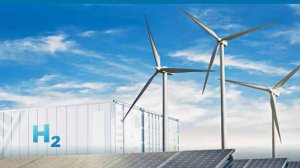 JOHANNESBURG (miningweekly.com) –  South Africa’s Department of Science and Innovation (DSI) has initiated a process, with other government and industry stakeholders, to develop a roadmap that will lead South Africa towards a hydrogen society, Mining Weekly can today report.

The aim is to create a policy document that will inform all relevant parties in South Africa about the potential and immediate benefits of developing and deploying hydrogen technologies and how they can be integrated into the South African renewable energy masterplan.

"The roadmap will put into perspective costs associated with rolling out green hydrogen technologies, as well as sourcing brown and blue hydrogen (derived from coal and natural gas, respectively) from existing facilities as part of the 'just transition' phase.  The roadmap will leverage on the lessons learnt through pilot deployments of hydrogen fuel cell systems at schools and hospitals to move towards large-scale adoption," DSI chief director: hydrogen and energy Dr Rebecca Maserumule stated in a media release to Mining Weekly.

Before the development of this high-level document could begin, terms of reference were compiled by an interdepartmental committee, and North-West University (NWU) was appointed as the coordinator.

Hydrogen can act as an enabler to link together many industries that require energy and chemical feedstock at the same time, NWU professor Dmitri Bessarabov, an internationally recognised scientist with extensive industrial and academic decision-making experience in the area of hydrogen and fuel cells, who is also director of the Hydrogen South Africa (HySA) Infrastructure Centre of Competence, pointed out. The HySA programme falls under the DSI, which provides funding and direction. The specific mandate of HySA Infrastructure centres on hydrogen generation, storage, transport and codes and standards.

South Africa is blessed with rich renewable energy resources, such as wind and solar, and exporting South African ‘sunshine’ in the form of hydrogen could contribute to the country's economic recovery, given that hydrogen can also be used as a clean transport fuel, said DSI director: power Dr Cosmas Chiteme.

"The development of the roadmap in South Africa coincides with an unprecedented increase in activities and investments in green hydrogen technologies worldwide, with more and more countries and companies joining the Hydrogen Council (a global initiative by leading energy, transport and industry companies) and the intergovernmental International Partnership for Hydrogen and Fuel Cells in the Economy, or IPHE, of which South Africa is a member," Chiteme added.

It is expected that the provision of clean energy, based on beneficiating South African minerals and linked to renewable resources, will contribute to energy security and economic growth, while also supporting the Fourth Industrial Revolution.

The hydrogen-related newsbreaks published globally in the last month include:

Hydrogen, says the International Energy Agency, is light, storable, energy-dense, and produces no direct emissions or pollutants. But for hydrogen to make a significant contribution to clean energy transitions, it needs to be adopted in sectors where it is almost completely absent, such as transport, buildings and power generation.

“We’ve got the Paris Agreement of 2015, which is already five years old, and in order to meet some of those targets, we absolutely have to see multiple technologies coming together across many different industries for us to get anywhere near our target of limiting temperature increase to 2 °C, and that’s important,” says AP Ventures LLP founding partner Kevin Eggers. AP Ventures is a venture capital fund that invests in early-stage companies with potential to have a meaningful impact in the much-needed transition to green energy. Its cornerstone investors are Anglo American Platinum and Africa’s largest fund manager, the Public Investment Corporation of South Africa. Other key investors include Mitsubishi Corporation of Japan and the SPARX Mirai Fund, which includes Toyota Motor Corporation and Sumitomo Mitsui Banking Corporation.

Mining Weekly can report that South Africa, with its superior sun, prime wind, available land, the world’s biggest platinum group metals endowment, infrastructure ready for transitioning to hydrogen, years of HySA scientific insight, and advanced investments in key enablers, is in the best position by far to press ahead holistically with the new way of electrifying the world in an environment-friendly manner.