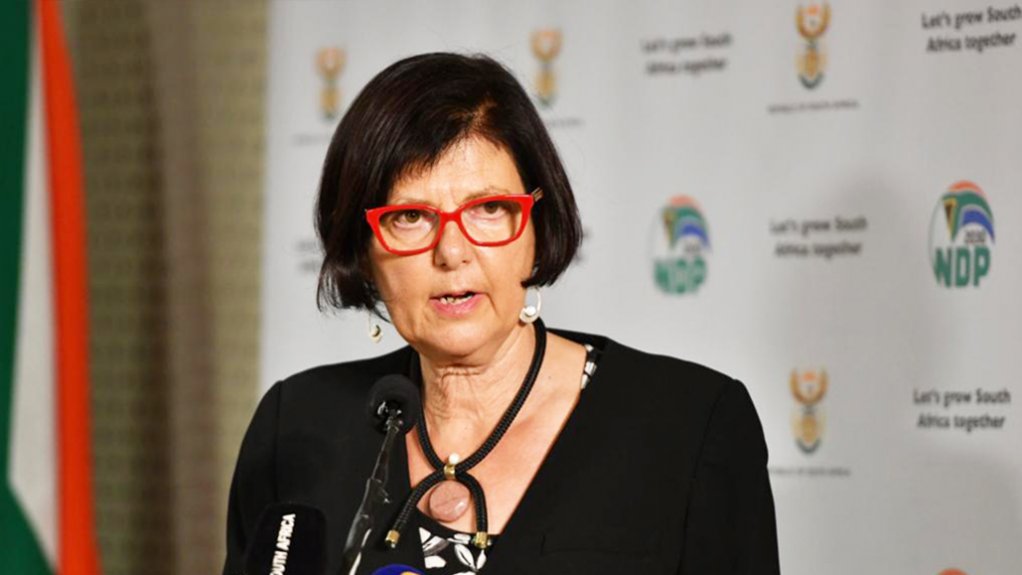 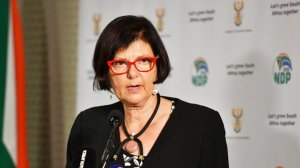 The South African government is set to establish a high-level technical workstream, which will work under the direction of a Cabinet subcommittee, to evaluate possible concessional finance offers that could be made in support of the country’s just energy transition strategy.

The workstream will advise the Cabinet committee on whether the climate finance offers that could arise, after South Africa tables its proposed ‘Just Energy Transition Financing Facility’ with potential funders on the sidelines of the main COP26 climate talks, are “good or bad” for the country and Eskom.

The debt-laden utility is hoping to raise R400-billion over the coming ten years for transition projects in generation, transmission and distribution.

Cabinet has endorsed the facility, first proposed by Eskom, but has broadened its focus beyond the State-owned utility and the electricity sector to include transition projects in the automotive and hydrogen sectors.

Creecy tells Engineering News & Mining Weekly that the finance workstream is one of five established under the aegis of the Cabinet subcommittee, with the others focusing on Eskom, green hydrogen, electric vehicles and the regulatory and policy support needed for the transition.

The finance workstream, Creecy says, will seek to ensure “synergy” across government on its approach to any possible concessional finance for the transition and ensure that National Treasury has ongoing visibility and input on any possible transactions.

The workstream will have to answer the “complex questions” on whether or not the offers are truly concessional in nature, as well as conditionalities and whether the mix between grants, concessional loans and commercial finance is appropriate in the context of South Africa’s current debt-to-gross domestic product ratio, which has breached the 80% level.

It will also have to assess whether or not the funding can be absorbed under the current Eskom guarantees envelope, should the lenders demand government guarantees.

Creecy, who will lead the South African delegation at COP26, stresses that she does not expect to return from Glasgow, Scotland, with signed and sealed deals.

She does, however, intend to have several meetings with potential donor governments and multilateral lending institutions where she will outline the “first phase” of the financing facility, which will have a strong Eskom bias as a result of the work the utility has already done to prepare a pipeline of transition projects.

The facility has been conceptualised as a multitranche, multiyear facility, funded by a multilender syndicate, designed to secure concessional loan finance for decarbonisation projects, as well as grants that could be used to support workers, communities and firms that are vulnerable to a transition away from coal.

Creecy says that South Africa aims to ensure that climate finance instruments include a mix of grants, concessional loans and private investment that avoids further exacerbating either the national debt or Eskom’s debt.

While South Africa remains unhappy with the scale of climate finance being made available to support mitigation and adaptation projects in developing countries, it nevertheless believes such finance could become more accessible after COP26.

The country’s proposed facility has also reportedly received a positive reception from institutions that have already been canvassed, as well as the climate envoys from France, Germany, the UK and the US who visited South Africa in September.

Creecy stresses that South Africa is also considering proposals from other countries, which were not represented in the recent visit by envoys from those countries.

Subsequent to the visit, the Climate Investment Funds (CIF) opened its ‘Accelerating Coal Transition Investment Program’ to proposals from South Africa, as well as three other developing countries, with between $200-million to $500-million having been made available.

The allocation includes a $1-million investment plan preparation grant to support South Africa in developing its proposals, which Creecy says will focus on the Eskom transition, including repowering and repurposing initiatives at the utility’s retiring coal plants.

“We see the decision by the CIF as a small, but important first step towards laying the foundation work for the broader financing programme of our just transition,” Creecy says.