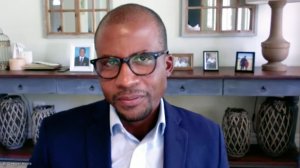 JOHANNESBURG (miningweekly.com) – South Africa has an opportunity to win back its lost share of the global vanadium market, which at one stage stood at 25%-plus, says Bushveld Minerals CEO Fortune Mojapelo.

Mojapelo, who was speaking to Mining Weekly in a Zoom interview, contends that South Africa has the wherewithal to regain lost market share owing to it being the host of the largest high-grade vanadium resource base in the world, and as the operator of three of the world’s four primary vanadium processing plants. (Also watch attached Creamer Media video.)

“We think South Africa needs to go back to that 25%-plus share of the global vanadium market and has a fantastic market opportunity to certainly do that,” says Mojapelo, adding that all the current vanadium supply out of South Africa is basically from Bushveld and Glencore.

A huge plus for vanadium is that the new demand arising from battery storage comes on top of vanadium’s underlying existing demand from traditional applications.

Ninety per cent of the world’s vanadium is still used as a strengthening alloying element in steel and even if steel production remained flat, the current decarbonisation agenda for the world would ensure that more vanadium is used in steel.

This is because steel that has vanadium in it is strengthened, which results in far fewer tonnes of steel being required for the same strength impact and this results in less carbon dioxide being emitted.

That underpin of traditional demand is important, with the same applying to the use of South Africa’s manganese and nickel as alloying elements in steel.

“Certainly, if you talk about vanadium, manganese, platinum group metals, nickel or copper, these are all elements that have a big role to play in the energy transition going forward,” notes Mojapelo.

While producing and supplying these key commodities into traditional markets, there is also the advantage of being able to scale up production on a brownfield basis as the demand created by the energy transition increases.

“So, it couldn’t have been scripted better for South Africa,” says the head of the Aim-listed Bushveld, who emphasises that there is an opportunity for the country to participate in the energy transition from many angles.

“I wouldn't see it just as a mining opportunity. We have here in South Africa a market need in terms of our own energy security but if you look at the global energy transition that we’re talking about, and what the path to net zero carbon emissions entails, how much of that story do we want to own, is the question I’d be asking.

“From a metals perspective, the question for me is not how much do we supply of these metals, but how much of the value chain are we going to claim. We simply have a lot of the key enablers to capture a lot more of the value chain than we’re currently realising,” Mojapelo points out.

In addition to having the largest high-grade resource base by far and the most primary processing infrastructure, which is often a bottleneck and a barrier to entry, South Africa also has base metal refineries that cost billions of dollars to establish.

To replicate Bushveld’s vanadium processing facilities, for example, would require an investment of more than $600-million but interestingly, the downstream capital investments needed are not excessive.

For example, the capital investment for the electrolyte manufacturing plant Bushveld is building for vanadium redox flow batteries, which is going to be the largest outside of China when it comes into production, is below $25-million for the use of some 1 100 t of vanadium a year.

Another South African example is Thakadu Battery Materials’ nickel sulphate plant in the North West, which required an investment of $20-million.

“So, the capital intensity beyond the primary processing infrastructure is very affordable,” says Mojapelo.

Also available is technical expertise. The beauty of the globalised world is that intellectual property (IP) and technical expertise are mobile. But while the best-of-the-best can be accessed from around the world, South Africa itself has considerable IP when it comes to the metallurgical processing of materials.

“But the most important enabler of all is that we have today’s market,” he adds, pointing to South Africa’s Integrated Resource Plan (IRP) transitioning the country towards renewable energy and away from fossil fuels, with 2 000 MW of battery storage included in the IRP.

“The point I’m making with all of this is that right now, South Africa has one of the most exciting and arguably one of the larger battery energy storage markets that is presently available and addressable.

“If you combine all of this together, the big question has to be: How do we leverage all of this to ensure that we’re capturing the vast majority of that value chain? There are various things that can be done in respect of that but certainly one of the most effective tools is maximising the local content of the solutions that we’re implementing.

“But that’s just our local market. I think we need to look beyond South Africa. We need to look at the global market and ask how big that opportunity is and whether we build export-oriented and primary managing industries on the back of it

“Let’s take advantage of these enablers and of this need we have locally to build the industries in which we will ultimately play a very big role in the global market place, and I think that opportunity is a once-in-a-generation opportunity that we dare not miss,” he challenges.