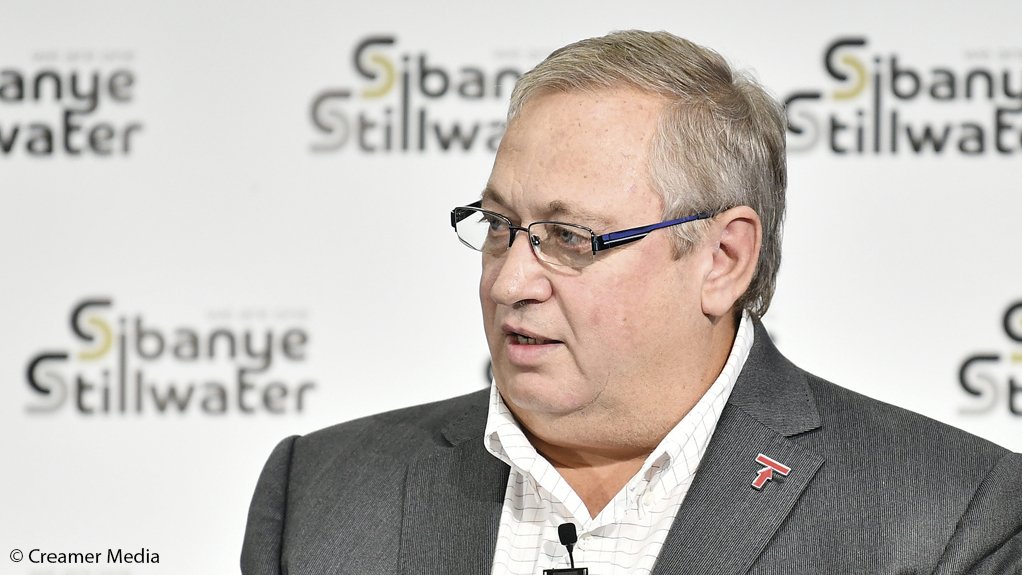 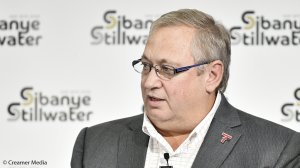 JSE- and NYSE-listed precious metals miner Sibanye-Stillwater says the start of this year has been “extremely positive”, with the operational momentum being carried over from the fourth quarter of 2020 as operations started to normalise after the Covid-19-inflicted disruptions of earlier in that year.

The miner, which is headed up by CEO Neal Froneman, states that precious metals market fundamentals remain positive, with prices being well supported, leading to it improving its financial performance.

Adjusted earnings before interest, taxes, depreciation and amortisation (Ebitda) for the period under review increased by 78% year-on-year to R19.8-billion, setting a new record for the group.

Sibanye’s South African PGM operations in particular benefited from a strong operational performance and sharply higher PGM prices, delivering a 90% increase in adjusted Ebitda, to R15.28-million, from R8.04-million of the first quarter of 2020.

In addition, the miner reports that the adjusted Ebitda generated by its South African PGM operations for the period under review, is higher than the total acquisition costs of these operations – emphasising the significant return on investment already delivered and the future windfalls stakeholders can continue to expect.

Also, Sibanye notes that, with the 4E PGMs basket having increased further during the second quarter of this year, the outlook for the year is “very promising”.

PGM markets remain tight, with the fundamental outlook for these metals being positive, reports Sibanye.

In the medium term, the miner says, the roll-out of Covid-19 vaccines across the globe continues and stimulus measures are driving global economic recovery.

In addition, the miner highlights that in the longer term, its PGMs and “green metals” are expected to continue to play a critical role as global sentiment shifts towards a more environmentally-conscious future.

As a consequence of its rapid growth in the PGMs industry, along with the significant outperformance of PGM prices relative to most commodities in recent years, Sibanye says its PGM operations’ contribution to its group financial performance is predominant.

“We, therefore, continue to seek more balance in our portfolio by advancing our green metals strategy, with our first investment into the Keliber lithium project in Finland in March, and through our stated intent to grow our gold portfolio internationally,” states Sibanye.

Re-balancing its investment portfolio should ensure greater earnings consistency through the cycle and create a larger, more stable investment proposition, which will be relevant to a broader and deeper pool of investors, the miner states.

Meanwhile, for shareholders specifically, the miner notes that “exceptional value” has been created both through the over 500% appreciation in the share price (a 20-fold increase in market capitalisation from about R10-billion on listing, to about R200-billion) and also through the about R15-billion in dividends returned to shareholders over the last eight years.

The total dividend of just under R11-billion, declared for the 2020 year alone, was greater than the group’s market capitalisation when it listed in 2013 – illustrating what the miner says is the significant transformation the group has undergone in the past eight years and the tangible value that has been created.

Sibanye has also invested significantly into the sustainability of its operations. In South Africa, it recently announced the investment of about R6.3-billion in projects at both its PGM and gold segments, and in the US, it is continuing to invest in growth at Blitz (Stillwater East).

These investments, Sibanye says, will secure employment and deliver significant economic value to all stakeholders over the long term.