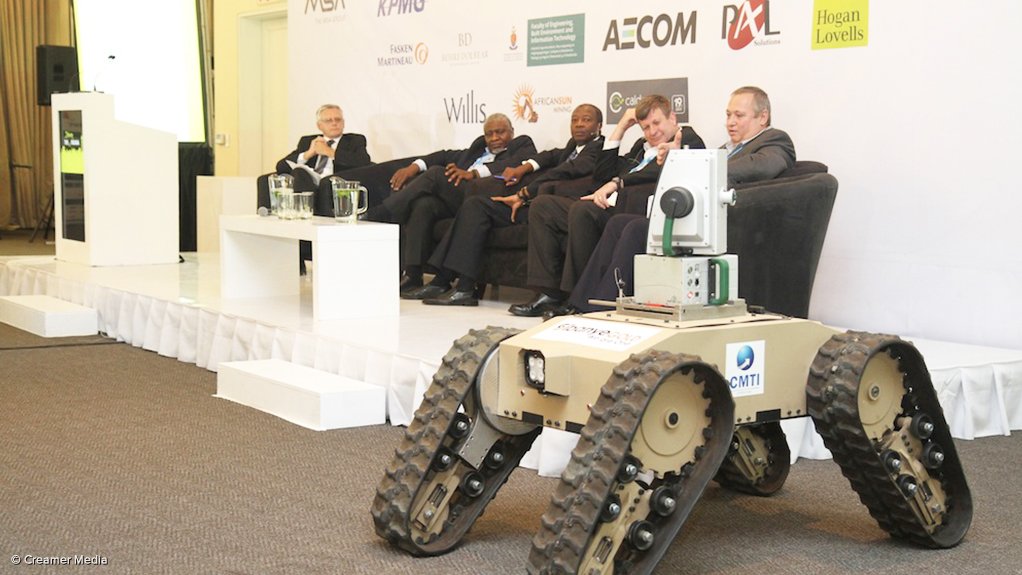 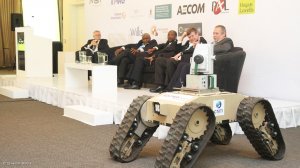 The low-lying machine for South Africa’s stopes the height of a kitchen table has dozer and sweeper attachments and the drill rig comes with breaker for nonexplosive mining and also with a multi drill attachment for normal explosive mining.

Sibanye CEO Neal Froneman described the unit as an example of early technology.

“This is a small part of our modernisation,” he said, adding that its aim was not to replace people but rather to take them out of the vulnerable areas.

“We want to get people out of the face and we have learnt how to,” he remarked.

Earlier, African Rainbow Minerals CEO Mike Schmidt, who was chairing a panel discussion on how South African CEOs are measuring up in the current tough mining environment, commented that South Africa was finally reaping rewards after considerable expenditure on the development of mechanised mining equipment.

The challenge was managing at table heights in undulating orebodies.

Froneman, who has put up his hand to be South Africa’s next mining champion, said the company had a lot more planned than the MT100, MT1000 and new hybrid locomotive, details of which were circulated in pamphlets at the conference.

The designers of the new machines, who were among the members of the audience, gave many of the 440 conference attendees inside information on the inventions, which could be a new starting point for deep-level narrow-reef gold and platinum mining in South Africa.