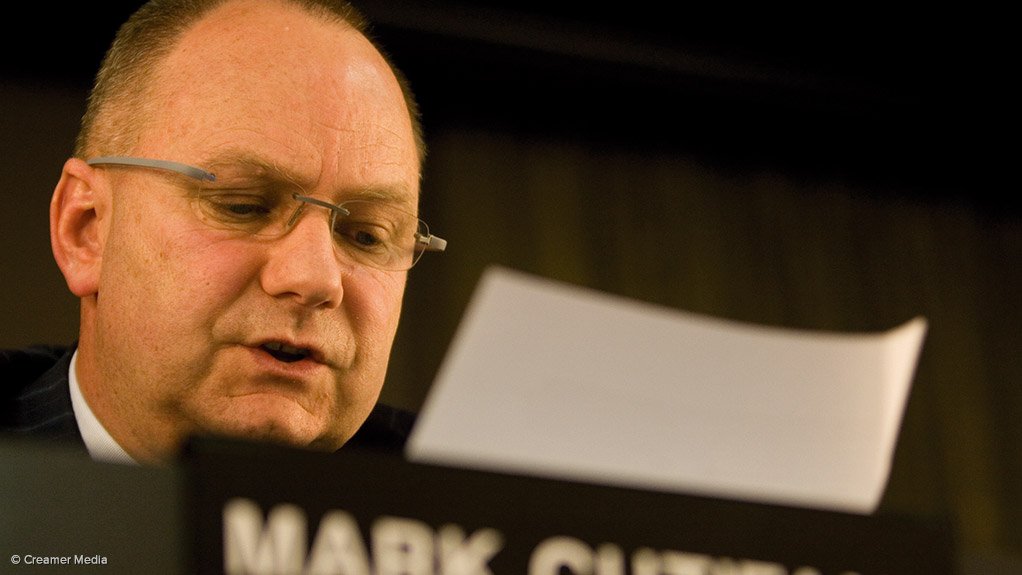 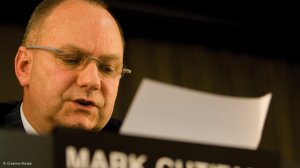 JOHANNESBURG (miningweekly.com) – The share price of Anglo American fell by more than 10% on Tuesday after the diversified major set out radical portfolio restructuring, further material cost savings, more capital expenditure (capex) reductions, a reduction of the total number of employees to 50 000 and a retention of 20 to 25 assets from the current 55.

Anglo American Platinum (Amplats) shares fell 7.14% after the company said it was postponing investment in all growth and replacement projects and outlined its release of 3 850 direct and indirect employees and contractors.

Kumba Iron Ore shares fell 8.83% after the company said it was targeting unit costs of $30/t and a breakeven price of $40/t for 2016 to cope with poor market conditions.

Anglo American itself outlined that the severity of commodity price deterioration required bolder action, which would see 60% of its assets being sold or stalled, putting a potential 85 000 jobs at risk.

"We won't squeeze for the last dollar but, at the same time, there won't be any fire sales," he added.

The dividend was being suspended and the progressive dividend concept abandoned completely as being inappropriate for cyclical industries like mining.

"We think we should share with shareholders when it's positive and together we have to pull in our tights when it's a lot tougher. We've seen lots of volatility in the commodity prices in the last two or three years and we think that's the right strategy for us as a business," Cutifani said.

The current six business units would be halved to three – De Beers for diamonds, industrial metals for base metals and platinum, and bulk commodities for coal and iron-ore.

"What assets remain in the portfolio will be the subject of February's presentation, so I don't want to pre-empt that. But obviously, it's a tough market in iron-ore, a tough market in coal. We will have to look at every asset and decide whether it can be competitive in the market in which it operates and we'll make the decisions and let people know in February," Cutifani told the media conference.

But together with the additional material capital, cost saving and productivity measures, the company was setting out an accelerated and more aggressive strategic restructuring of the portfolio to focus on assets that were best placed to deliver free cash flow through the cycle and that constituted the core long-term value proposition of Anglo American.

The company had categorised the assets to be retained as ‘priority one’ assets.

In response to Mining Weekly Online’s request for a country outline of the company’s ‘priority one’ assets, only the Venetia diamond project in South Africa’s Limpopo province was divulged as being a ‘priority one’ mine, where there was no risk of the current R20-billion Venetia underground project being curtained.

The detail of the future portfolio would be set out in February, with the aim of delivering a resilient Anglo American and a step change in the company’s transformation.

“This will be a totally different looking company,” Cutifani told journalists, adding that it would be placed in a more competitive position to deliver sustainable shareholder returns.

Anglo American’s London office would co-locate with that of De Beers in 2017.

Capex reductions of a further $1-billion could be expected to the end of 2016 to protect the balance sheet.

The disposals target had been increased to $4-billion, with the company’s phosphates and niobium mines in South America confirmed for sale. This follows $2-billion worth of asset disposals agreed to date.

The suspension of the dividend goes to 2016 and on resumption, the policy would change to one of being a pay-out ratio to provide flexibility through the cycle and clarity for shareholders.

Net debt guidance at end of 2015 remained unchanged at up to $13.5-billion, despite the deterioration of commodity prices.

The company was able to maintain its $15-billion of liquidity and faces only limited refinancing required of $1.6-billion in 2016.

Impairments of up to $4.7-billion could be expected, owing largely to weaker prices and asset closures.

Following volume reductions in De Beers and South Africa’s Kumba Iron Ore, $1.6-billion in cost reduction and productivity improvement will have been delivered by the end of 2015.

By the end of 2017, the company expected to have delivered $3.7-billion worth of overall efficiency improvements, made up of increased  productivity and lower operating and indirect costs.

Amplats reported that its support and service functions had been reorganised and its overhead structure downsized to support a more focused and less complex business with 420 fewer managerial and supervisory positions.

Most of the departing employees had accepted voluntary severance packages - a reorganization that was expected to deliver labour cost savings of R200-million a year from 2016.

In addition, non-personnel overhead savings of R600-million would be delivered by 2017.

Plans to be cash positive involved a revised development timeline for the Twickenham platinum project, which had led to 550 employees and contractors leaving the company.

At the Bokoni mine, managed by joint venture partner Atlatsa, 2 500 employees and contractors would be exiting to stop lossmaking production.

The Twickenham shaft had been placed on care and maintenance and development suspended.

Production was continuing at the Hackney shaft while the mine was being redeveloped from a conventional mine into a mainly mechanised operation to increase productivity and profitability.

Assets that might not be utilised in the new mechanised mine layout, together with capitalised interest and study costs, had been written off, resulting in a R2.4-billion after-tax impairment.

Development of the Tumela 5 shaft had been stopped and the feasibility study and early development expenditure of R0.3-billion after tax had been written off.

The company’s three mainstream inert grinding mills, with an after-tax carrying value of R0.1-billion, would no longer be brought into use.

Given the decrease in platinum prices and the reduction in the market value of Royal Bafokeng Platinum shares, Amplats had written down its 12% investment to R0.6-billion, and its 33% direct interest in Bafokeng Rasimone Platinum mine by R2.7-billion to R3.5-billion.

In light of the negative cash flows at Bokoni, Amplats had written off its equity interests in Atlatsa and Bokoni, leaving a carrying value of R1.4-billion.

Various loans extended to Atlatsa and its black economic empowerment shareholder had also been written off, leaving an aggregate carrying value of R2-billion.

Amplats said it was continuing to discuss its exit from Atlatsa and Bokoni and was also continuing to take steps to exit Union and Pandora.

Its legally binding committed facilities of R22-billion were well within its debt covenants and only R1.5-billion of facilities would mature in 2016.

Anglo American-controlled Kumba Iron Ore said it had decided to reconfigure its Sishen pit to a lower cost shell configuration in order to optimise margins at a time of great stress in the industry, which had resulted in the need to withstand a longer period of lower prices.

The new Kolomela mine had been transitioned from three pits to two in the short to medium term to reduce costs and the mine was targeting a 2016 FOB unit cost of $27/t and a breakeven price of $38/t CFR for 2016. The production target remained at 13-million tonnes by 2017.

The Thabazimbi mine closure was progressing according to plan with the processing of previously mined material continuing until June.