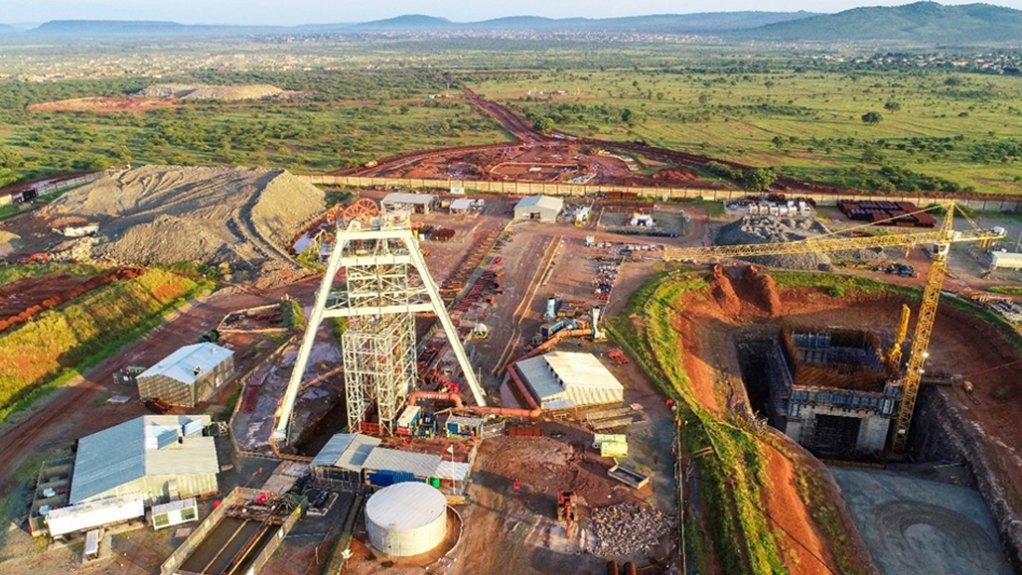 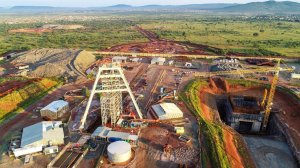 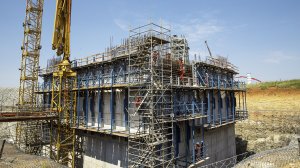 Diversified mining company Ivanhoe Mines was expected to complete the equipping and changeover of its Platreef Project Shaft 1 by the end of last month.

The construction of the 996-m-level station at the bottom of Shaft 1 was completed in July 2020. Shaft 1 will initially be used to access the Platreef orebody and is about 450 m away from a high-grade area of the Flatreef orebody, which is also scheduled for Phase 1 mining in 2024.

Ivanhoe subsidiary Ivanhoe Platinum (Ivanplats) in February announced that the three development stations that will provide the initial, underground access to the high-grade orebody had also been completed on the 750 m, 850 m and 950 m levels.

Shaft equipping started in May 2021 and remained on track to be completed last month. In parallel with the changeover of Shaft 1 for permanent hoisting, detailed engineering and certain optimisation initiatives are under way on the mine design, the 770 000 t/y concentrator and the associated infrastructure design, which will also include the dry stack tailings storage facility.

In addition, Ivanhoe noted that amendments to the water-use licence, waste licence and environmental-impact assessment, which are required for the phased development plan, have been lodged.

Following the completion of the changeover of Shaft 1, off-shaft development is expected to start this month, with the initial aim of enabling construction of the first ventilation raise and ore passes connecting the 750 m level to the 950 m level.

“This ventilation shaft not only enables future development of underground infrastructure but is planned to be the secondary means of egress from the mine until Shaft 2 is complete. “Once Phase 1 ore production [starts] in the third quarter of 2024, mining will focus on the higher-grade Flatreef area,” Ivanhoe explained.

Consequently, underground stations, the establishment of the ore and waste passes, earthworks for the first concentrator and lateral underground mine development on the 950 m level toward the Flatreef orebody are also expected to begin this quarter.

“Newly designed rock chutes on the surface will connect the conveyors feeding the concentrator plant and the waste rock area; from there the waste rock will be crushed and used as cemented backfill underground for maximum ore extraction, as well as for protection berms to contain stormwater and reduce noise emissions,” Ivanhoe commented.

Early works for Shaft 2, including the excavation of a surface box cut to a depth of about 29 m below surface and the construction of the concrete hitch for the 103-m-tall concrete headframe, have been completed.

Ivanhoe noted that Shaft 2 headframe construction, from the hitch to the collar level, is progressing well with the third and fourth headgear lifts well advanced. Ten civil lifts are to be constructed in total, including a ventilation plenum and personnel access tunnel, with targeted completion in May.

Ivanhoe envisages that, during Phase 2, primary access to the mine will shift to the 1 104-m-deep, 10-m-diameter Shaft 2. Secondary access to the mine will be through the 996-m-deep, 7.25-m-diameter Shaft 1, which will transition to a ventilation shaft, at that stage. However, during Phase 2 production, both shafts will serve as ventilation intakes.

“During Phase 2, ore will be hauled from the stopes to a series of internal ore passes and fed to the bottom of Shaft 2, where it will be crushed and hoisted to surface,” Ivanhoe explained.

The commissioning of Shaft 2 is targeted for 2027.

The Platreef project is in the northern limb of the Bushveld Complex about 11 km from Mokopane.

he high-grade, flat-lying Flatreef deposit lies entirely on the Turfspruit and Macalacaskop properties that form part of Ivanhoe's mining right. Ivanplats conducted an exploration programme with 30 drill rigs totalling over 260 000 m in 2011.

The initial Platreef development will use battery electric M2C drill rigs and 14 t load haul dumpers being manufactured by mining equipment manufacturer Epiroc, at its facilities in Örebro, Sweden.

The partnership with Epiroc for emissions-free mining equipment is an important first step towards reducing the carbon footprint of the mine. The battery electric mining fleet is expected to arrive on site this month.

The contract for the initial mine development has been adjudicated and is in the final stages of negotiation.

“With the focus shifting to execution, appointment and onboarding of earthworks contractors is the next short-term milestone for surface work, while detailed design across the project ramps up,” Ivanhoe concluded.