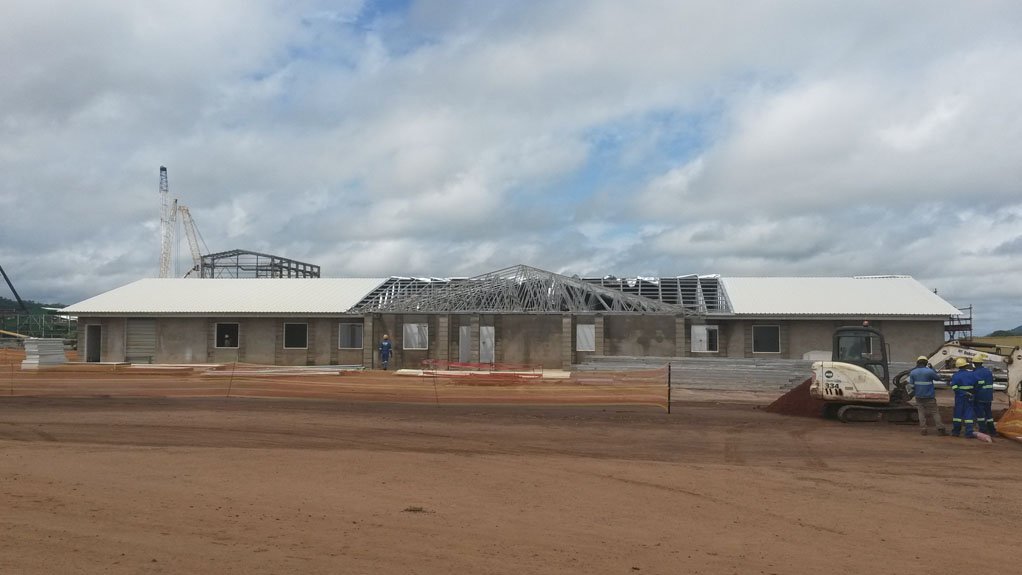 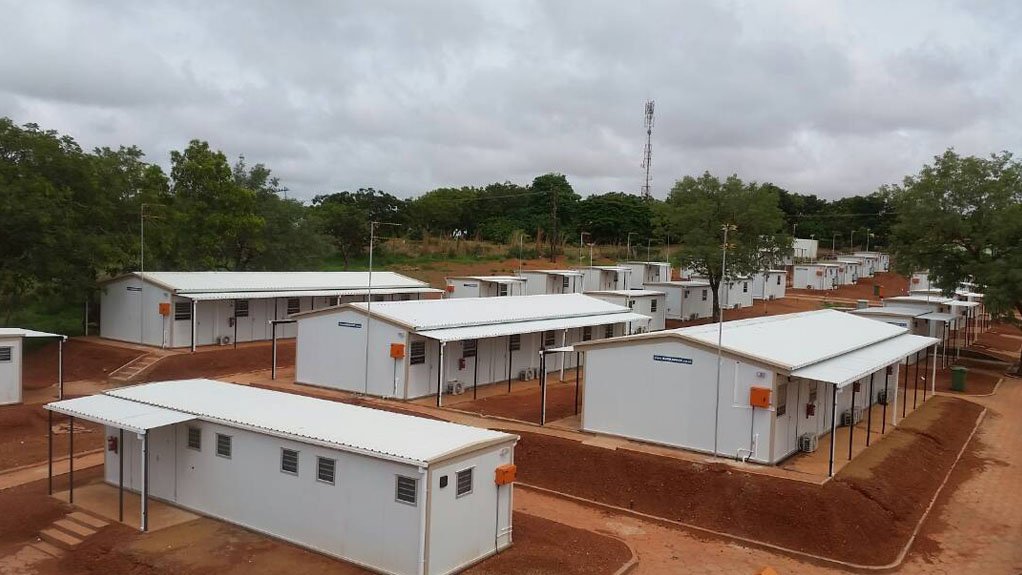 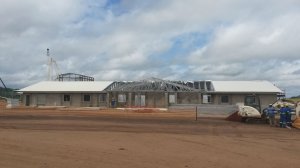 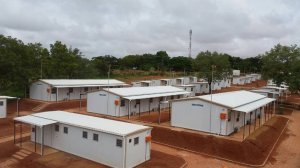 RAISING THE ROOF Kwikspace was tasked with the supply and installation of lightweight roofing as well as fencing, and electrical and general work
SIGUIRI CAMP In July, the company completed a R20-million project for a Guinean gold miner

Kwikspace CEO Shaun McCormack notes that the company first started work on Twigg’s Balama graphite project in early 2016. At the time, the company’s scope of work was restricted to supplying mobile units. However, within a few months, Kwikspace was tasked with the supply and installation of lightweight roofing and fencing, as well as electrical and general work – such as fibre-optic cable laying and commissioning, assembling and sourcing of furniture, general painting and carpentry – on site.

McCormack notes that Twigg – a subsidiary of Australian graphite miner Syrah Resources – continually expanded Kwikspace’s scope of work because it was impressed by the company’s “excellent site service and turnaround times”.

He adds that the high quality and efficient delivery of the first mobile unit set a high standard – one that Kwikspace has consistently met over the course of the project.

McCormack says, to date, Kwikspace has encountered only logistical challenges with regard to Balama, primarily owing to the remoteness of the project.

While Kwikspace has branches in the towns of Tete and Pembe, they are assembly and rental branches, not manufacturing facilities. This means that components, as well as other Kwikspace supplies and solutions, are transported from the company’s Johannesburg facility and assembled into mobile units remotely, he notes.

Further, the Balama project is located about 1 000 km from Tete and about 300 km from Pembe, which McCormack notes is still “a long way to truck products”, especially when considering the intermittent quality of road.

He adds that, with many mining projects, there will always be challenges in terms of supply chain management as mines tend to be fairly isolated. “However, establishing a good relationship with customers ensures that there is a willingness to collaborate and restructure or reprioritise aspects of a project if and when problems occurs.”

McCormack comments that a huge contributor to the success of the Twigg project was that the working relationship between Kwikspace and Twigg has developed “beyond the normal contractor-type relationship”.

He adds that this has facilitated the timeous establishment of the site facilities ahead of the first flake graphite production at Balama, which – as reported by Mining Weekly in July – is expected to start next month.

Other African Projects Over the past year, Kwikspace has completed several mining projects, the most recent being a R20-million project completed in July for a Guinean gold miner. The project, consisting of 30 buildings, required the supply of a construction camp – including three engineering, procurement and construction management offices – for the on-site engineers. The 1 400m2 Siguiri camp also includes accommodation for 120 personnel and male and female ablution facilities.

McCormack points out that Kwikspace offered a complete turnkey solution, which included undertaking furniture supply, the installation of fittings and the completion of the necessary electrical work. He adds that the Kwikspace products were shipped to Conakry, in Guinea, and then trucked about 700 km inland to the Siguiri site, which is near the Mali border.

The project took four months to complete, despite high temperatures and Kwikspace being unable to source local workers with an adequate skills levels. Therefore, a small team of about 20 Kwikspace staff remained on site to complete the project and was forced to work at night because of the extreme heat. Overtime and progress incentives were introduced to encourage workers to “reduce as much lost time during the day as possible”.

The Vedanta project involved the construction of a R5-million 800 m2 administrative block, which was completed last year. He notes that this project has led to the company securing additional work from Vedanta, which is ongoing.

Additionally, the company is completing a contract to supply Lesotho-based diamond miner Letseng Diamonds with accommodation and ablution blocks. He adds that, because of the cold mountainous environment, Letseng stipulated that these buildings include underfloor heating.

McCormack notes that there has been a decline in large-scale projects, in line with weaker commodity prices, but adds that Kwikspace continues to track mining projects and developments throughout Africa, looking for growth opportunities.

He comments that the company has established new branches in Kathu, in the Northern Cape, and in Zambia, expecting the improving copper price to spur new projects in both locations. Further, the company has strengthened its Mozambique presence, establishing a branch in Palma. Originally expanding to Mozambique because of its coal and oil and gas potential, Kwikspace expects that new projects will emerge in the near future.

The company also has supplied building solutions and prefabricated units to other sectors, such as housing, education and health, providing mobile units or prefabricated buildings for use as clinics and classrooms.