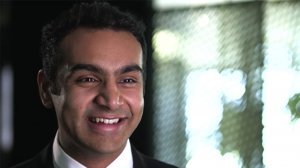 JOHANNESBURG (miningweekly.com) – South Africans are well within their rights to be very proud of the iron-ore that is produced in the country.

Switzerland-based IMR, as the majority owner, came into the management of the Sedibeng operation two-and-a-half years ago. Since then, it has been focusing on optimising the operations and trying to improve the efficiencies.

Located near the town of Postmasburg, in the Northern Cape, Sedibeng has a rail-matching capacity of two-million tonnes of iron-ore a year – but, with more rail availability, it could be producing considerably more iron-ore for export.

IMR is also part of a consortium that is acquiring the PPC Lime mining and processing operations, also in the Northern Cape, for R515-million.

Sedibeng produces lumpy iron-ore and the iron content combined with the hardness of the lumps “definitely provides an edge against some of the other products that are available from Brazil and from Australia,” Misra told Mining Weekly in a Zoom interview.

“The demand is there and I think South Africans are well within their rights to be very proud of the material that is produced in the country."

Typically, global market pricing is conducted against Platts, with a lump premium attributed for what the lump brings to a blast furnace in the steelmaking process.

“There’s a lump premium that is attached to our sales but obviously it is guided by market demand so the moment that there are huge environmental restrictions that come into play in China, the lump premiums do start making an impact, particularly because lumps are more desirable from a blast furnace perspective and reduce the environmental impact as a result," said Misra.

Sedibeng’s output capacity matches the rail allocation that it has on the 861-km-long electrified heavy-haul ore export line (Orex) to the Port of Saldanha, for export into global markets.

“In terms of the future growth plans, the mine can definitely expand. The mine can produce 2.5-million tonnes to three-million tonnes but obviously that’s guided by how much rail capacity can come on line on the Orex side of things,” he said.

The way that IMR envisions any investment into any mining asset is by attributing value to the local workforce.

Its focus is to remove overworked corporate structure in the company and to instill more responsibility and authority into the existing workforce and to implement initiatives that were brought in by the workforce itself.

“When we went into the investment, no one had quite envisioned the height to which the iron-ore price would ascend.

“It was pre-Covid, pre-exiting Covid and trying to understand the market as a whole. The volatility is so great that one can never benchmark any operating feasibility at these existing prices.

“When we were considering Sedibeng and when we executed the deal, it was back in 2018. At that point, iron-ore prices were considerably lower. They were hovering around $70/t to $75/t, and even then Sedibeng was a company that was operating efficiently and profitably at those levels.

“We focused on trying to bring our cost threshold down and we would like to think that we have used the time to prepare for when the prices do correct,” said Misra.

All of Sedibeng’s iron-ore goes to China, where the unlisted company has cultivated a home for its product in certain steel mills.

“But there are certain steel mills that we do work with. We try and optimise our sales strategy accordingly and therefore it’s a hybrid where it is going into spot on a monthly basis, but we know our end-users and we try to manage their need as much as possible,” Misra added.

As reported by Mining Weekly, IMR, as part of the new owner of PPC Lime, Kgatelopele Lime, will be focusing on developing new markets for its product and expanding its customer base.

Kgatelopele is a consortium made up of mineral resources trader IMR Resources South Africa, mining-focused investment holding companies Kolobe Nala Investment Lime and HEX2M, as well as JJJL Mining – which is an entity owned by a former PPC CEO Johannes Claassen, who has an extensive understanding of PPC Lime and its operations.

Kgatelopele entered into transaction agreements with JSE-listed PPC earlier in May to acquire the subsidiary for R515-million.

The new owners expect the transaction to conclude by the end of the year; however, the rights, benefits and advantages of PPC Lime transferred to Kgatelopele on April 1.

Post completion of the transaction, PPC Lime will be 39% black-owned, including by black-economic empowerment investors, PPC Lime employees and host communities.

The name Kgatelopele – a Setswana word meaning ‘progress’ – is shared with the local municipality in which the mine is located, to symbolise the new owners’ intention to embrace the broader community as partners.

PPC Lime mines out of two quarries, while a rotary kiln plant manufactures the burnt product. The primary limestone quarry started operations in 1954 in Lime Acres on an extensive reserve of metallurgical quality limestone and dolomite.

The total calcination capacity at Lime Acres is 900 000 t/y, making PPC Lime a leading supplier of these products in sub-Saharan Africa.

Traditionally, lime is mostly used in steel manufacturing, where it serves as a flux to remove impurities such as silica, phosphorus and sulphur.

Kolobele Nala founder Billy Mawasha has told Engineering News & Mining Weekly that PPC Lime has traditionally serviced the iron and steel sector, but there are opportunities for the company to pursue more opportunities in the water treatment and the nonferrous metals, including gold, platinum and copper, mining sectors.

He adds that the company will also pursue supplying companies such as petrochemicals giant and coal miner Sasol with lime for fluorodeoxyglucose gas desulphurisation.