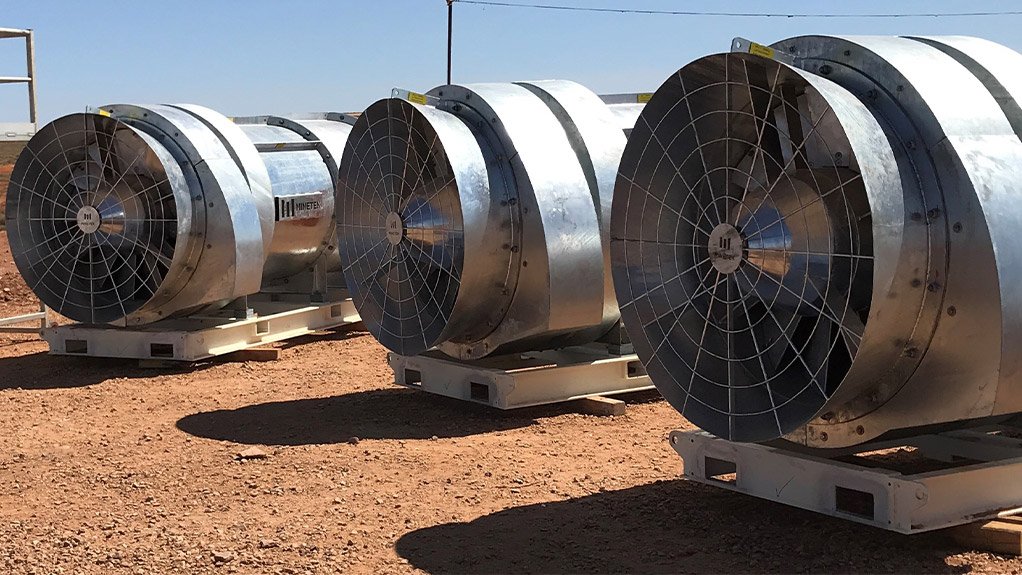 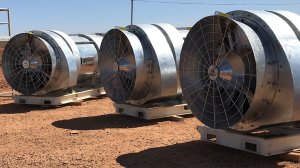 Australian base water evaporator and ventilation solutions provider Minetek has manufactured its patented secondary mine ventilation system, based on a high output axial fan system.

The new technological solution, engineered and manufactured in Australia, categorically offers power savings and control not yet seen in the underground mining industry, according to Minetek.

Minetek’s system uses a patented Mine Air Control (MAC) system to maximise return from its performance on demand (POD) units, which automatically sense how much air is needed in any one heading at any time.

While these secondary underground fans strategically optimise airflow, they eliminate much of the power traditionally wasted in such applications while performing across a large operating range and meeting broad regulatory compliance parameters.

The company’s high output axial fan has been wholly designed and manufactured in Australia, with the underground mining industry in mind, and the MAC control system brings the mine’s fan system together with complete automation, according to Minetek engineering manager Remy Bourcier.

“Until now, the market has to a certain limit used high maintenance variable-speed drives to provide some level of control to the airflow in secondary ventilation systems,” says Bourcier.

He adds that Minetek’s patented system works on high pressure, steel-fabricated impeller technology allowing operation at temperatures and in conditions previously thought impractical for an axial fan – and Minetek can achieve this in “seriously harsh environments”.

“It’s in the area of energy costs where the real savings are found, and this is very tangible too. Various studies point out that between 42% to 49% of a mine’s energy costs are consumed by mine ventilation, with the figure of about 27% attributed to the cost of secondary ventilation alone.

“Typically, a fan consuming 190 kW with an electricity price of 15c p/kW will cost A$249 660/y to run and may not even be properly compliant. Considering the average mine uses about 15 secondary fans, the total annual consumption costs about A$3 744 900.”

Key to its high cost efficiency is the POD system – an electronic controller on the fan which allows the fan to be regulated from low flow requirements right through to more than double the duty point of a traditional vane axial fan.

With the use of the MAC system radio frequency identification trackers, it constantly remains aware what items of underground mining equipment are moving into the heading, so the POD controller will automatically adjust the air volumetric flow required to provide sufficient air volume to disperse the gases and ventilate the area.

It will sense what specific truck has entered the tunnel and it will be aware of the size of its engine and the number of people it will be carrying, so it will automatically adjust to meet the demand for sufficient ventilation for the people in accordance with industry regulation.

Considering temperatures at the rock face can be up to 50 ºC, it is critical to ensure that adequate ventilation is providing fresh, cool air reliably.

Being a modular solution, mine managers can add or remove accessories such as silencers or adapters, booster fans or even boost the system further through control options.

In normal underground mining conditions, the Minetek systems will operate significantly quieter. The system can provide a noise level eight decibels less than a twin 1 400 twin 110 kW for the same volume flow.

Minetek sales manager Richard McAlpin says the big benefit to the global mining sector is that they are no longer hamstrung by not being able to control the volume of air within the headings, and that mine owners are able to save substantial money through this control.

“What we have designed is not just a top performer, but something that is also very durable without loss of performance,” says McAlpin. “The fact that our POD system can be controlled accurately, means that the re-entry times to the mines are shortened significantly, meaning downtime is significantly reduced.”

He concludes that Minetek has spent several years developing this solution and it is proving to be the case that already underground mining sectors around the world are finding it hard to ignore the cost savings it can deliver.