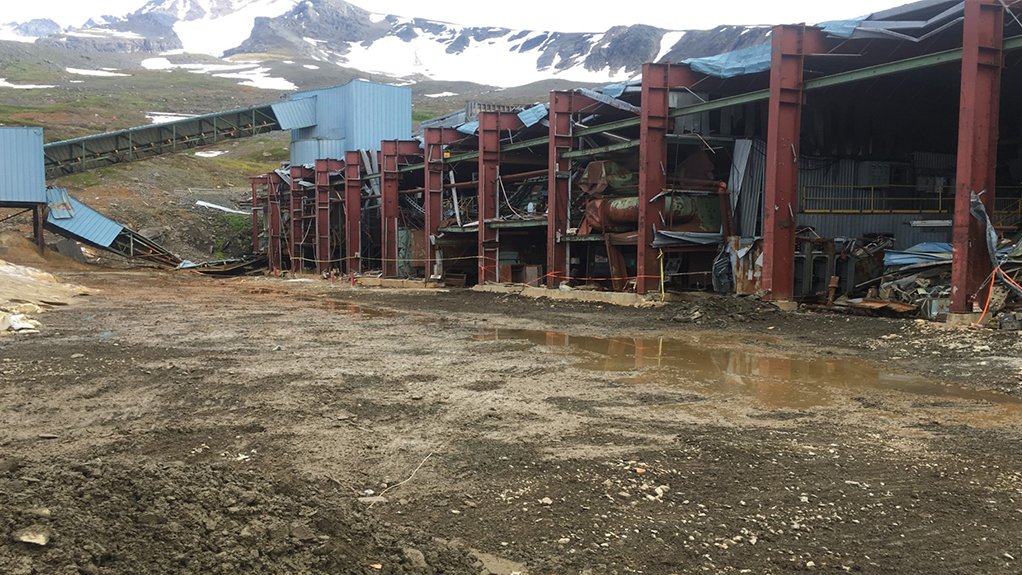 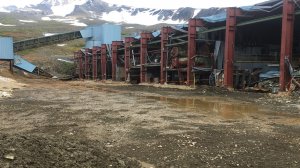 VANCOUVER (miningweekly.com) – Precious metals-focused project developer Seabridge Gold has undertaken significant effort to remediate the historic mining activities at the Johnny Mountain and Bronson mines, in north-western British Columbia, spending about C$6-million to date to ensure that the Iskut project is in compliance with the provincial regulations and authorisations.

Seabridge acquired the SnipGold properties late in 2016, inheriting a stable of active permits for the Iskut project, including four mining/mineral exploration permits at Johnny Mountain, the Iskut property, the Golden Triangle property and the Snip North property, as well as two licences of occupation covering the Bronson Slope airstrip and an adjacent property, which houses the camp and storage buildings.

These permits are in good standing and authorise all of the work planned for the 2018 programme, including mineral exploration, further reclamation and supporting activities such as camp construction.

In conjunction with the 2017 exploration programme, Seabridge proceeded with environmental work to ensure compliance with existing authorisations and to design remediation programmes to mitigate the impacts of historical mining activity.

Seabridge VP for environmental affairs Brent Murphy tells Mining Weekly Online that this work included a comprehensive evaluation of best practices for remediation, drawing from the Seabridge environmental team's experiences at the nearby flagship Kerr, Mitchell and Sulphurets project (KSM), and other North America sites, as well as engaging the Tahltan First Nation and British Columbia regulatory officials.

This year, Seabridge will embark on a five-year multimillion-dollar reclamation and closure plan for the former Johnny Mountain mine.

According to Murphy, that work initially focused on the Bronson Slope airstrip, which used to service the old Snip Gold mine, when operated by Barrick.

He noted that the company had to deal with a substantial amount of discarded equipment, waste oil and batteries. The former Johnny Mountain mine, which was operated in the late 1980s and early 1990s for about three years as a small underground operation, were generally just abandoned and everything was left there, he says.

"While 2016 was spent on rehabilitating the airstrip, 2017 was focused on acquiring the data that we needed to develop a thorough reclamation and closure plan to take the Johnny Mountain mine for proper closure. Johnny Mountain is located in the transboundary area that Alaska keeps flagging for cross-boundary water pollution. Any downstream pollution was, fortunately, restricted to the immediate mine area," he notes.

According to Murphy, Seabridge has, to date, removed waste oil, a significant amount of old batteries for underground mining vehicles, and also removed a significant amount of hazardous waste in the form of unidentified liquids. The team also demolished a former above-ground storage tank area, comprising about 20 tanks that were in poor shape, and has completed a series of investigations to determine the extent of the potential underground hydrocarbon impacts associated with the former operation at Johnny Mountain.

"We also removed hundreds of asbestos tiles from the former mill building and, in general, we've cleaned up the site to remove all scattered materials and close the operation properly," Murphy advises.

He notes that both sites are susceptible to produce acid mine drainage, but since Seabridge's involvement, they have brought the water flowing from both sites to well within permit requirements and the company is not seeing any acid rock drainage at this time.

Seabridge acquired the Johnny Mountain deposit and the Bronson Slope airstrip packaged together with the Iskut property, which is located about 30 km north of the company's flagship KSM project. He believes there might be good synergies between the different assets well into the future.

"While we are good corporate citizens, we picked up the former Snip gold mine because of its exploration potential. We knew that we'd have to adjust the existing reclamation obligations associated with the property. Our exploration team has now undertaken one full year of exploration and we will conduct additional work there this year," Murphy advises.

"We believe there exists potential for copper/gold porphyry system similar to what we have at Bronson slope, as well as a high-grade epithermal-style deposit, similar to what Pretium has in the Brucejack deposit."

Murphy adds that British Columbia's tighter regulations surrounding tailings management have not impacted the company's activities at all, since the company's independent geotechnical review board has already committed it to stricter policies that are in line with the overhauled regulatory framework that flowed from the Mount Polley tailings disaster in 2014, one-and-a-half years before it became a legal requirement.

"We are now seeing increased field presence by regulators, which helps the industry to better understand and implement the best practices," Murphy states.

"Seabridge is showing its corporate social responsibility by cleaning up the Johnny Mountain mine. How many juniors are willing to take up an exploration project, knowing full well that they will have to conduct such extensive reclamation work?" he asks rhetorically.