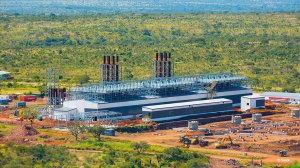 Petrochemicals giant Sasol is gearing up to exploit its successful bids in Mozambique while the relevant exploration and production concession contract (EPCC) is being finalised.

Sasol received confirmation last month from the Institute of National Petroleum of Mozambique, that two of its three applications in Mozambique’s fifth licensing round were successful.

The bids were submitted on July 30 and the rights are still subject to the parties – which include Sasol, as well as energy companies Eni and Exxon Mobil – agreeing and executing the EPCC with the Mozambique government, Sasol tells Mining Weekly.

The awarded exploration rights include offshore block A5-A and onshore block PT5-C. Sasol will operate the 3 012 km2 onshore block, which is adjacent to the Pande and Temane natural gasfields, where it already operates.

The 145 km2 block A5-A is located in the Angoche basin. In this block, Italian firm Eni will act as operator, holding 34%, while Sasol and Norwegian multinational Statoil will hold 25.5% each and ENH 15%.

These exploration activities will assist in identifying and assessing any potential hydrocarbon prospects in the respective blocks, explains Sasol.

“Together with our bid partners, we welcome the opportunity to further participate in the growth and development of Mozambique. The country has been, and continues to be, a strategic partner for Sasol,” enthuses Sasol CEO David Constable.

Sasol describes Mozambique as the ‘heartland’ of its upstream operations and an important part of the company’s overall strategy.

“Our ongoing development and exploration activities in Mozambique are in line with Sasol’s overall strategy of continuously growing and improving our existing asset base and monetising natural resources,” the company notes.

The oil that SEPI extracts in Gabon is sold to customers under yearly offtake agreements, while Mozambique gas is sold under long-term contracts to Sasol Gas and external customers.

Sasol has been operating in Mozambique for more than a decade and established its presence in the country through the Natural Gas Project. This project involved making the markets in South Africa available for the supposedly stranded natural gas from Pande and Temane.

“We are committed to partnering with the Mozambique government in achieving its aim of responsible development of the country’s resources,” Sasol states.