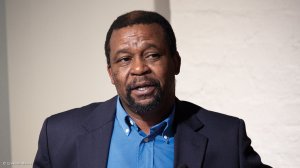 South Africa should urgently invest in the development of the human resources and knowledge linkages required to maximise the economic and social benefits associated with its large-scale platinum-group metals (PGMs) endowments or risk losing out on the value-addition opportunities, newly released research shows.

South Africa is estimated to hold more than 75% of the world’s known PGM reserves and even during the strike-afflicted 2012 year produced 4.1-million ounces of platinum, which dwarfed the 800 000 oz produced in Russia, the world’s second largest producer.

Entitled ‘South Africa and the Global Hydrogen Economy: The Strategic Role of Platinum Group Metals’, the study’s authors warn that South Africa may not be in a position to produce the associated skills and capabilities quickly enough to ensure the country benefits equitably from its PGM resources, or fully leverages the backward and forward linkages.

Produced under the aegis of the Mapungubwe Institute for Strategic Reflection (Mistra), which is led by Joel Netshitenzhe, the study’s outcomes were released on Friday at a function addressed by Science and Technology Minister Derek Hanekom.

“The real message is that, if we build the skills, build the capabilities . . . South Africa can’t go wrong, ” Msimang averred.

In fact, he argued that, while much attention was being paid currently to the hydrogen fuel cell, that technology might not “be the end game at all”. However, these capabilities and skills could be transferred to other areas of application.

“So it is a safe bet, and the sooner it is made the better,” he added, noting that it would take years to cultivate the scientific, engineering and artisanal skills needed to support the knowledge networks required.

The study also showed that, despite recent efforts to build such capabilities, notably through National Hydrogen and Fuel Cell Technologies Research Development and Innovation Strategy (HySA), South Africa remained marginal to the generation and application of PGM-related knowledge and innovation, as measured by academic research citations and patents.

While Asia’s share of non-patent PGM research publications had grown from 34% in 1998 to 48% in 2008, South Africa had remained stagnant at 1%. For this reason, besides the HySA initiative, South Africa would need to develop international partnerships to advance R&D efforts in hydrogen fuel cells.

“But the game is open and the outcome can still be influenced. However, it will depend on how aggressive the country is in pursuing the goal,” Msimang added.

Hanekom welcomed the research, including its assertions that government’s aspiration of supplying 25% of global platinum-based fuel cells by 2020 appears ambitious. He said that South Africa needed ongoing appraisals of its programmes not in order to lower the level of ambition, but to ensure that they remained grounded in reality.

The country remained hopeful, he added, of using HySA to foster innovations that were aligned to the emergence of the so-called ‘hydrogen economy’, including solutions that could bring affordable electricity to far-flung rural communities.

“As the world moves towards the use of hydrogen, the demand for platinum will increase and we stand to benefit more than any other country in the world.

“So, the vision of HySA is to promote the development of clean technologies that make effective use of our strategic resources and put us at the cutting edged of this important arena of technological development, while boosting international demand for our resources.”

He added that government was aiming to use HySA to create the platform to build confidence – through collaboration with business, academia and science councils – that the country was “moving in the right direction, in the right way.”

“In other words to craft [the strategy] in a way that we have the best possibility of getting good results.”

Netshitenzhe argued that the study showed that South Africa should take the plunge and begin investing in highly skilled human capital across technologies and segments of the hydrogen fuel-cell value chain.

“It also requires the courage to massively expand the creation of fuel-cell demand within South Africa itself.”