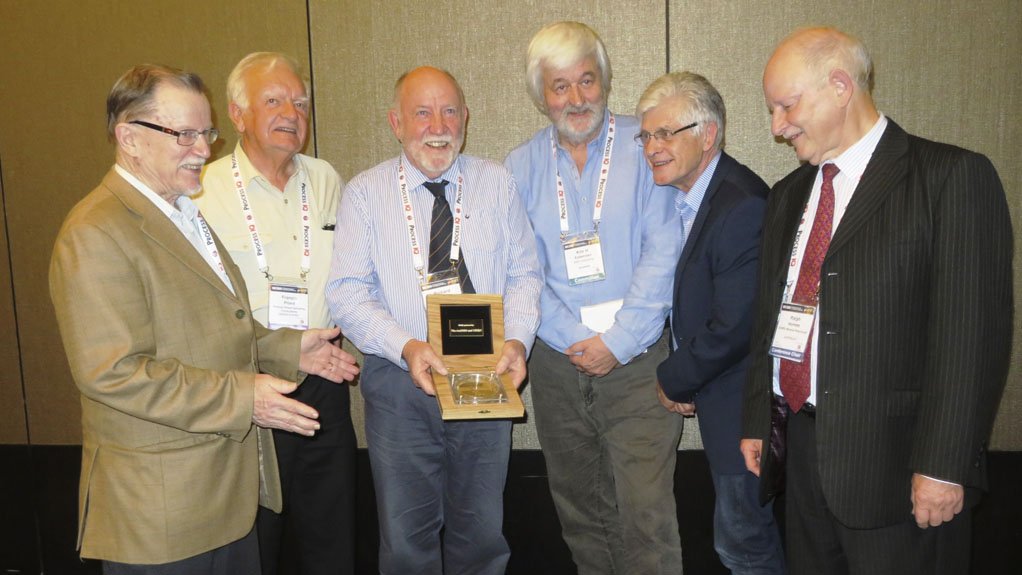 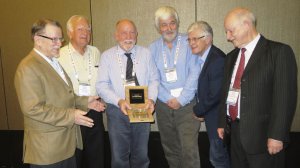 SAMPLING EXCELLENCY Pierre Maurice Gy Sampling Gold Medal award winners, such as Professor Dick Minnit (centre), receive recognition to excellence in the teaching and application of the theory of sampling

The award, presented to Minnit last month, was sponsored by Australia’s government research agency the Commonwealth Scientific and Industrial Research Organisation and the Australasian Institute of Mining and Metallurgy.

The award recognises excellence in the teaching and application of the theory of sampling, celebrating the contribution of Paris-born chemist and statistician Pierre Maurice Gy, who made huge strides in sampling theory since the mid-1900s.

Gy’s work was driven initially by the need to be more exact in the sampling and valuation of minerals to ensure the fairness of financial transactions in mined products.

Minnit teaches sampling theory at both undergraduate and postgraduate level at the Wits School of Mining Engineering and is writing a book with Dr Francis Pitard on the subject, which will be published by the Southern African Institute of Mining and Metallurgy.