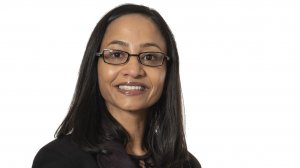 JOHANNESBURG (miningweekly.com) – Platinum group metals (PGMs) mining and marketing company Implats has upped its game at Impala Rustenburg to such a stunning extent that the 12 500 jobs that were earmarked for loss through shaft closure have all been preserved.

Once doomed shafts are now operating at the same cost at which the company’s core shafts operate and they have not been saved by the increased prices of PGMs but as a result of improved collective operational effort.

Hence, even if prices had remained at their 2018 levels when the shafts were set aside for closure, there would now be no reason for their closure, because they have surpassed expectations and returned themselves into the portfolio as profit contributors.

The shafts have had their closure tags taken off them after generating R800-million worth of free cash flow in the six months to December 31.

Because of their contribution, they have been taken out of closure mode, and have been declared integral parts of the portfolio once again, Implats CEO Nico Muller told Thursday’s roundtable media conference in which Mining Weekly participated.

Robust operational performance has, in fact, supported the increase in commodity prices across the Implats group, resulting in the JSE-listed company amassing a sizeable R8-billion pile of accessible cash.

Muller paid tribute for the outstanding change of Impala Rustenburg’s fortunes to the effort of the Rustenburg collective under the charismatic leadership of Impala Platinum CE Mark Munroe.

The stellar performance of particularly 12 Shaft and 14 Shaft, which represent 28% of total group production, saved 10 000 jobs, and the return to profit of the high-cost and depleting 1 Shaft saved another 2 500 jobs.

When Implats announced in August 2018 that it would be forced to close loss-making shafts, 13 100 jobs were put at risk, with a substantial number of forced retrenchments anticipated. But forced retrenchments to date have been pushed down to just over 100, Samuel said.

“That was largely the result of the deployment of other strategies around natural attrition and reskilling. Our reskilling initiatives on the lease area has been very successful. We’ve reskilled our crews to move them to the ramp-up shafts 16 and 20. We’ve also done lots of portable skills training, which is ongoing, so the impact from a job-loss perspective has been very low,” Samuel told the journalists present.

Implats’ restructuring plan also meant Rustenburg’s production would fall from 750 000 oz/y to 520 000 oz/y, but now this is also not happening, at a time of record palladium and rhodium prices.

Rustenburg, said Muller, would now proceed forward at the higher production level until 2024, when 1 Shaft and 9 Shaft would be depleted, which would into a production level of just over 700 000 oz.

Given the increase in commodity prices, which Implats expects to remain for the medium term, a healthy prospect is foreseen for the Rustenburg division.

While Rustenburg’s fight back has been put down to the collective fear of the consequences of closure, Munroe listed the main turnaround drivers as being the mine’s return to basics, a focus on the creation of increased face length and a working culture advance towards disciplined execution.

“Plan face length, plan how you execute on that face length, get proper blasts and bring it home,” was how Munroe described the turnaround strides to Mining Weekly.

Improved safety reduced the number of safety stoppages and the ramp up of 16 Shaft and 20 Shaft increased the demand for operational personnel.

“If you add that package to where the price is, Rustenburg Impala is looking particularly strong” said Munroe.