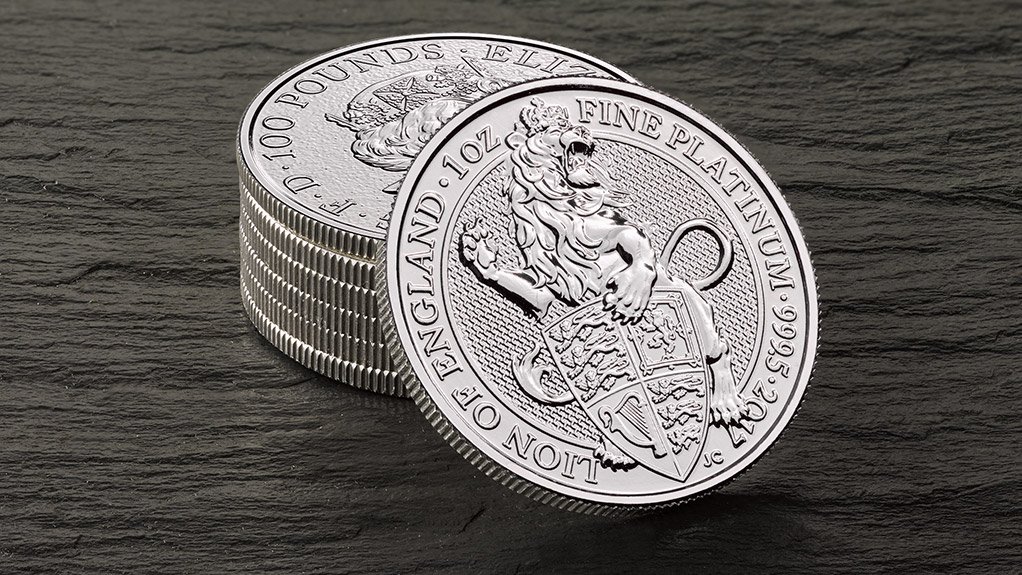 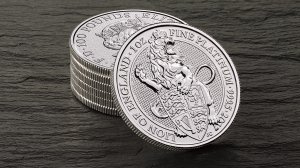 JOHANNESBURG (miningweekly.com) – The Royal Mint, one of the world’s oldest issuers of bullion coins and bars, on Monday launched its first ever platinum bullion products.

In what is potentially a beneficial measure to boost platinum demand, the 1 000-year-old organisation has launched 500 g and kilo platinum bars as investment-grade precious metal.

The launch by the Royal Mint, which has been producing gold and silver coinage since the ninth century, coincides with Platinum Week, which is currently under way in London.

The May 15 launch will be followed in the next few weeks by the debut of the 1 oz ‘Queen’s Beasts Lion of England’ coin – the first platinum coin to be launched in the popular heraldic series – as well as 100 g and 1 oz platinum bars.

The mint’s platinum launches follow a strategic partnership with the World Platinum Investment Council (WPIC) to deliver physical platinum products, which was announced in December 2016.

Royal Mint bullion director Chris Howard described platinum investment as an exciting marketplace for the mint and “the next logical step” in being recognised as the home of the “complete bullion solution”.

WPIC programme manager David Crawford described WPIC’s partnership with the mint as the latest in a series of strategic initiatives to stimulate further investor demand for physical platinum, as well as increase the number and type of platinum investment opportunities available worldwide.

With the launch of the www.royalmintbullion.com trading platform in 2014, the Royal Mint led the way in selling bullion coins and bars direct to individuals on a round-the-clock, seven-days-a-week basis, and either dispatching the precious products to investors or storing them in its trade-marked vault.

Mining Weekly Online reported on Friday that platinum coin production plans and the establishment of platinum as a reserve currency held by central banks are resurfacing, in the belief that platinum also has the potential to lever off long-standing mechanisms that have been used to boost gold.

Up for discussion once more is also the minting of a Mandela coin in platinum, leveraging off South Africa’s great success with gold Krugerrands.

Promoting platinum's store-of-wealth potential as a reserve currency, in accordance with International Monetary Fund and World Bank rules, is also resurfacing as another potential measure to boost the demand for platinum at a time when its price is down at $930/oz.

“The sad thing is that if the South African platinum mining executives knew anything about these subjects they would realise that neither development would save them, even if they were able to convince folk to produce a platinum Mandela coin and central banks were to store platinum,” Christian commented in an email, in which he expressed the view that such markets are too small to help the South African platinum mining industry.

In his view, what is needed is an industry-wide rationalisation of production.

“That can only start when the industry admits to its large surplus problem and when the industry, government and society start working with each other in a civil way to resolve problems that transcend any individual company,” he said in a recent interview with Reuters’ Jan Harvey, which was reported in Mining Weekly Online.

Many platinum CEOs steer clear of joint action to avoid falling foul of South Africa’s competition regulations and requests by Mining Weekly Online for the Competition Commission to spell its position on the possibility of an exception being granted owing to the sharp decline of the platinum industry, have not elicited a response.

In terms of Section 10 of the Competition Act 1998, an exemption may be granted if it halts the decline of an export-orientated industry.

The strong rand is putting the rand platinum price 5% below where it was this time last year, adding to the burden of South Africa’s 6% to 8% inflation rate.

It is widely stated that more than half of South Africa’s platinum industry is lossmaking at the current rand basket price for platinum group metals.