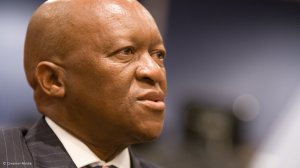 JOHANNESBURG (miningweekly.com) – The share price of platinum mining company Royal Bafokeng Platinum (RBPlat) fell by more than 5% on the company's launch of a R1.2-billion bond offering to to secure the next phase of the ramp-up of its Styldrift I expansion project.

The funding solution included R2-billion of recently concluded debt facilities to progress Styldrift I to a 150 000 t a month project and position it for the ultimate ramp-up to a 230 000 t a month Merensky operation, RBPlat said in a Johannesburg Stock Exchange News Service announcement on Wednesday, when its share price dropped 5.36% before midday.

The senior unsecured convertible bond offering is expected to carry a fixed rate coupon of between 6.5% and 7% a year payable semi-yearly in arrears.

The announcement comes against the background of the company returning to profitability in the 12 months to December 31, and also giving notice of its intention to enter into a comprehensive cost review of its platinum business, which has the operating Bafokeng Rasimone Platinum Mine (BRPM) and the Styldrift 1 project as its two main pillars.

The JSE-listed RBPlat, headed by CEO Steve Phiri, told the market that the initial conversion price is expected to be set at a premium of between 30% and 35% and that the shares underlying the bonds represent about 13.5% of RBPlat’s issued and outstanding ordinary share capital.

In the context of sustained depression in the platinum group metals (PGM) market, RBPlat decided in August 2015 to cut capital expenditure (capex) at the Styldrift I to protect the balance sheet.

But against the backdrop of improving rand revenue basket prices at the beginning of 2016, RBPlat committed a further R1-billion in capex to Styldrift I, which facilitated a production rate of up to 50 000 t a month of on-reef development.

This expenditure was funded from on-reef development revenue, excess cash flows from the BRPM and surplus cash resources.

Against that background, the board has decided that it is now appropriate to secure the transition to the next phase of ramping up Styldrift I to 150 000 t a month by the end of 2018.

The company sees this level of production as securing the optimal level of Merensky production for RBPlat in a PGM environment faced with uncertainty.

It also sees Merensky production as positioning it further down the cost curve.

The share of the capex for this phase of the development is estimated to be R3.2-billion out of RBPlat's total of R4.75-billion, and is said to provide for key underground life-of-mine and surface ore handling infrastructure to eventually support 230 000 t a year.