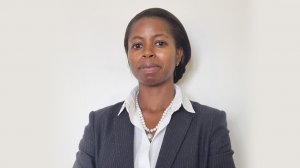 Construction of the modular PV plant is part of steady progress being made by RBPlat to embed incremental improvements in the business, along with the optimisation of Styldrift’s life-of-mine, improvements at the Maseve and Bafokeng Rasimone platinum mine concentrator plants, and the building of an overland conveyor to the Maseve concentrator.

For the PV plant, steady phase detailed design of the technical parameters is required, said RBPlat COO Neil Carr, who added that steps were being taken to obtain environmental impact assessment approvals over the next six months.

Sufficient land is available for the 98 MW capacity plant and the costs are indicated at about R1.6-billion capital spend, which will be off RBPlat's balance sheet

“We’ll be going to market to get third-party funders, who will construct and operate the plant in future,” Carr explained.

Fielding questions during question time was RBPlat investor relations head Lindiwe Montshiwagae, and in response to a question on local content, Carr said: “We’ll certainly have a lot of local content in the construction, when we’ll use local labour to capacitate our communities around our operations.

“I do believe a lot of key infrastructure, certainly energy inverters and potentially solar panels will have offshore content, but we’ll maximise local content to the best of our ability.

“I do believe that funding will be local. We’ll be going to local institutions to be the funding to construct, build and operate this PV plant.”

In her maiden presentation of the financial results, new interim CFO Rotshidzwa Manenzhe said that since listing on the Johannesburg Stock Exchange in 2010, RBPlat had not only assumed responsibility for generating returns to shareholders, but had also set out to build a business that benefits all stakeholders.

As a result, the financial results showed more than just the bottom line and included all the activities aimed at benefiting all stakeholders.

With 2022 characterised by operational challenges, declining PGMs prices, as well as inflationary pressures, Manenzhe described the half-year performance as reflecting RBPlat’s resilience to the lower basket price, which saw revenue declining by 14.7% to R8.2-billion.

Mainly owing to increased production volumes and inflation higher than the consumer price index, the cost of sales increased by 22.1% to R5.4-billion.

“There’s no doubt that, like many in the industry, our business has been impacted by the challenging market conditions, as well as global economic uncertainty, but despite these economic challenges, our balance sheet remains robust and our liquidity and funded position remain strong,” Manenzhe emphasised.