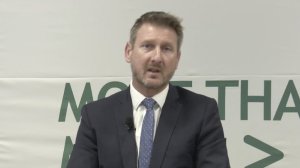 JOHANNESBURG (miningweekly.com) – Rhodium was once again the top performer in the revenue basket for platinum group metals (PGMs) mining company Royal Bafokeng Platinum (RBPlat), the revenue of which was up 108.1% to R9 584.3-million in the six months to June 30.

The Johannesburg Stock Exchange-listed company capitalised on the strong performance of the rhodium price with a 33% increase in rhodium sales, assisted by the increased upper group two (UG2) mix at its BRPM mine in North West province.

“Over the last ten years, we have grown our business to now operate two world-class mines and concentrators as well as securing full ownership of the business,” outgoing RBPlat CFO Hanré Rossouw stated in a presentation covered by Mining Weekly. Rossouw will be joining Sasol from the end of June next year.

RBPlat’s basket price per platinum ounce increased to R66 202/platinum ounce, or R42 600/per four element ounce, assisted by stronger dollar metal prices for all the company’s major metals, offset by 20% strengthening of the rand.

The strong performance in rhodium price and sales volumes shifted rhodium’s contribution to revenue from 30% last year to 45% during this half-year.

Platinum contributed 22.2% and palladium 20.9% to revenue, with the strong price performances of ruthenium and iridium also resulting in them rising from a combined contribution of 2.9% to more than 6% for the period.

On the cost front, labour costs reduced to 39% with the more mechanised Styldrift PGMs mine.

During the reporting period, RBPlat incurred a further R13.5-million of operating costs relating to the care for employees and communities in response to the Covid-19 pandemic.

Administration costs decreased 7.3% year-on-year, which includes a 5.6% reduction in RBPlat’s corporate cost to R92-million, assisted by the continued benefit of optimisation initiatives that began in 2020.

Industry membership and market development contributions decreased by 35% to R22-million, mostly owing to the stronger exchange rate reducing the impact of dollar contributions.

Other costs were also marginally lower that in the corresponding previous period.

The return on capital of the combined operations was 18.3% with the overall company at 15.5%.

The growth in the busies and improving market conditions contributed to the significant generation of cash flow from operating activities to just over R3.2-billion for the six months. Excluding the R1.5-million dividend and tax payments, the operations generated just over R5-billion in cash flow. in addition, R482.3 million went to buy-back and redemption of a portion of convertible bonds.