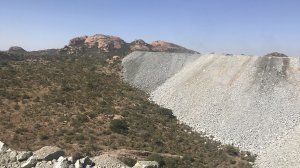 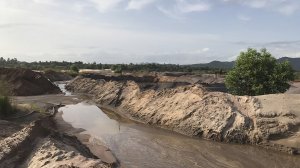 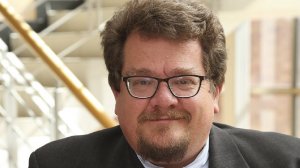 Could this be used to build a road, rather than covering a mountain
Should this residue stay in the environment post closure or is there an alternative
James Lake, partner and principal environmental scientist, SRK Consulting

As one of the largest contributors of the country’s waste, South African mines should be re-thinking their usual linear approach in managing residues. Beyond improving their environmental and social impact, they may be surprised by the economic benefits.

The potential environmental impacts of mining residues have long been recognised by mine operators and regulators.  South African legislation now guides and assists mines in managing impacts through the mine life cycle. Indeed, there are not just environmental impacts to consider; real health and safety risks exist – as demonstrated by the 270 fatalities from the 2019 failure of the Brumadinho tailings storage facility in Brazil.

Mines’ waste management is typically driven by a mine residue management plan. These plans – as well as the regulations that guide them – generally assume that residues are managed in a linear fashion from production to deposition, and ultimately in situ closure of the mine or residue facility. This approach is a tacit acceptance by the industry that mine residues are likely to be a permanent feature in the landscape after mining.

It is an approach that unwittingly ties mines to considerable levels of expenditure. It is SRK’s experience that the disposal or treatment of mine residues are the largest contributors to closure costs. Post-closure management of runoff and seepage generated from residues is also costly.

But there is another way. Trends in waste management – both locally and internationally – are to reduce, recycle and reuse waste. Many mines successfully apply these imperatives to their non-mineral wastes, but there are real and perceived barriers to applying this approach to mineralised residues. These generally relate to the sheer volume of mine residues produced and their low economic value. In some instances, regulations themselves are a limiting factor, particularly in South Africa.

Despite these barriers, the industry has recognised opportunities to reduce, recycle and reuse waste. Some mines have developed programmes, often as enterprise development opportunities, where the mineralised residues are reused in a variety of ways. On mine sites, this often includes the placement of tailings into voids – to stabilise excavations and provide support for safe mining to continue. There are also off-site uses of tailings and waste rock – mainly in the construction industry. Here, residues are used as aggregates or additives to cement, concrete and other hydraulically bound mixtures. Residues have also been refined, to be used as soil ameliorants or flocculants in water treatment.

To effect a radical transformation in the management of mine residue, however, the mining industry needs to rethink its linear approach to residue management. This means moving away from a paradigm where residues are left in the landscape after closure. Instead, real effort must be applied to either reducing volume, or altering the physical and chemical characteristics of the waste material to allow for future use – where this is realistic and economic.

To achieve this, mines can consider various cost-effective changes to their mining activity. For example, the amount of waste rock generated can be reduced by modifying their blast regimes. This could also change the physical characteristics of the waste rock to allow for alternative future uses. Other changes can be made in the metallurgical beneficiation stage; milling requirements can be adapted to focus not only on metal liberation but also to generate a tailings stream capable of being utilised downstream – while still considering safety requirements.

Such an altered paradigm may allow mines to realise economic benefits previously not considered. Recovery and processing residues may provide alternative employment opportunities, for instance. This progress may in turn feed into the operation’s social transition to closure plan, and could reduce both its closure and post-closure liabilities.

These prospects grow more attractive as mines look for ways to reduce environmental impact while enhancing resilience and self-sufficiency in local communities. It is time that mine waste becomes an opportunity rather than just a cost.

Mining generates a range of waste streams in its mineralised waste. The bulk of these are residues consisting of waste rock and tailings. Other residues, produced in smaller volumes, include concentrated effluents, sludges, sediments, leached ore residues, slags, furnace dust and filter cakes.