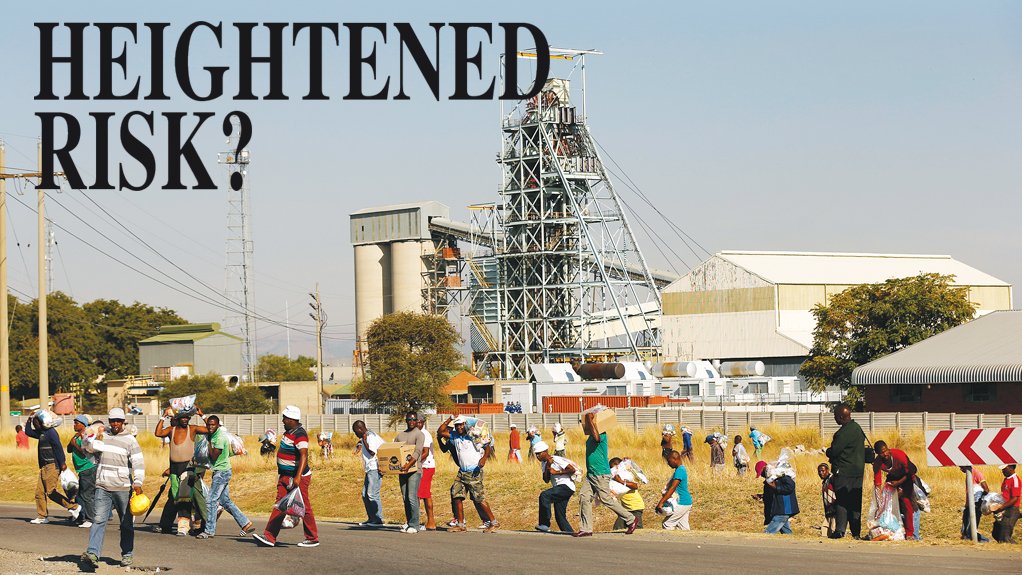 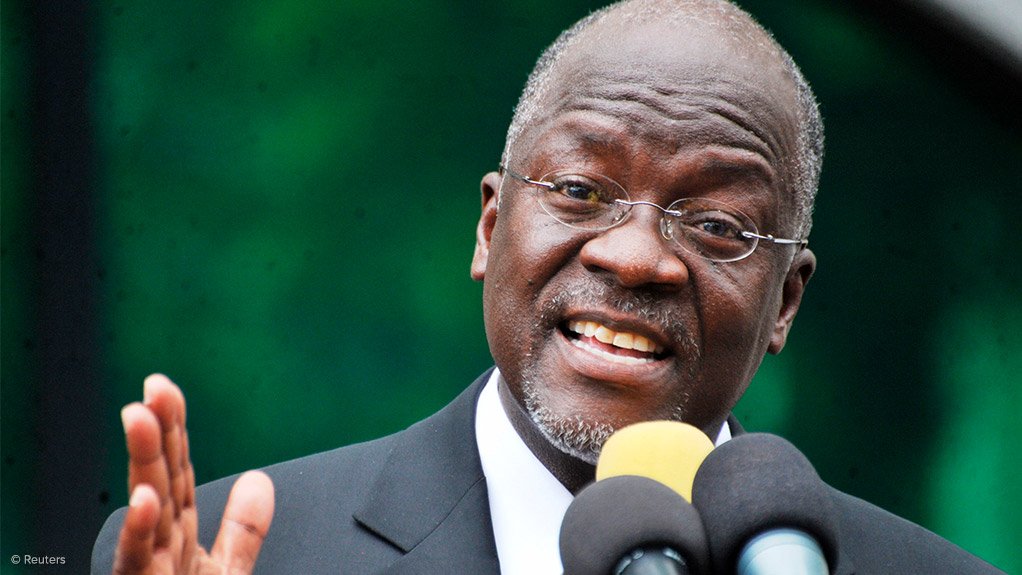 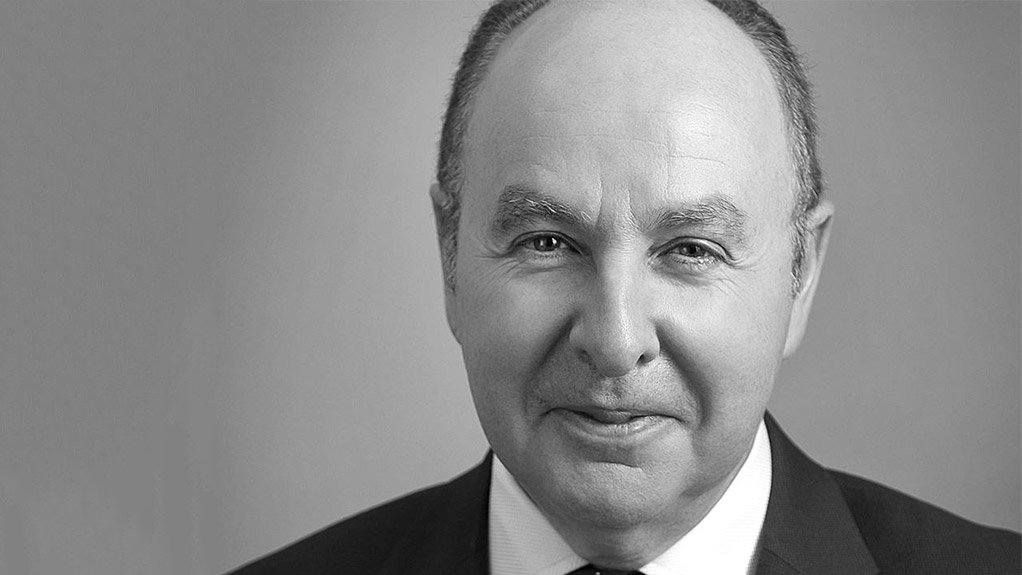 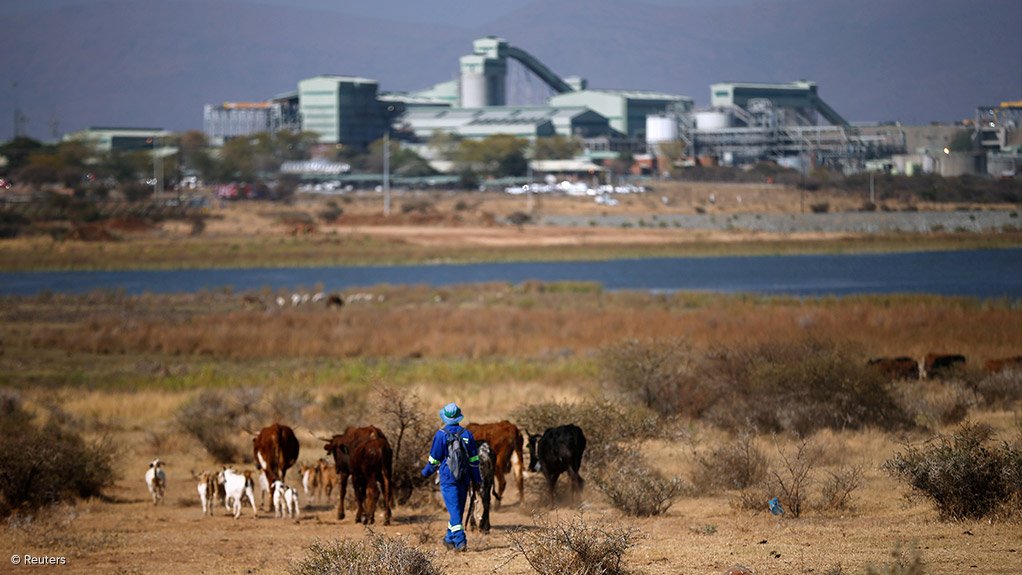 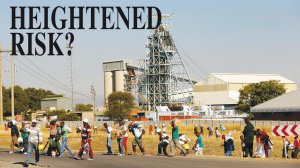 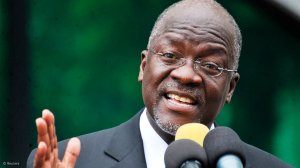 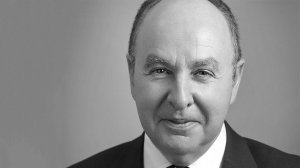 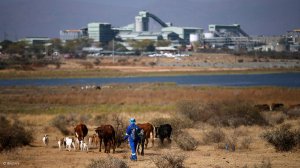 JOHN MAGIFULI Tanzania’s restrictive regulations can partially be attributed to the incumbent government’s need to appease voters, as it ran on a populist political platform aimed at increasing local beneficiation
PETER LEON Policy developments in African States highlight the importance of rights enshrined in international treaties
Photo by Reuters
BIGGER CONTRIBUTION? Some African citizens firmly believe that the mining industry has to do more to redress issues pertaining to economic inequality

The seemingly increasing trend towards nationalist thinking, combined with and likely driven by growing economic inequality, has resulted in several changes in mining and tax legislation in sub-Saharan Africa countries.

Herbert Smith Freehills Africa Group co-chair and partner Peter Leon says the recent and significant changes to mining regulations in various African States have caused concern that a “regional trend of resource nationalism may be emerging”.

White & Case partner Rebecca Campbell notes that her firm’s yearly mining survey of 2018 found that about 45.1% of respondents believe that the heightened risk of resource nationalism across Africa makes it difficult to justify investment. However, with about 42% saying that the risk was manageable and about 13% believing the potential returns outweighed the risks, investor sentiment towards African mining jurisdictions has not completely soured.

Despite the apparent appetite for investment, about 64.5% of survey respondents believe that political risk or “the possibility of government interference” is the chief obstacle. This assertion implies a growing sense of caution around trends in African mining legislation, though it has yet to devolve into outright pessimism.

Oliva-Velez says the DRC’s amendments are in part a consequence of “increasing social unrest pushing the government into revenue-generating efforts”. He believes that, of all the changes to mining regulations across Africa, the DRC’s new mining code will resonate the most, specifically because of the country’s huge battery metals resources.

The new code designates cobalt as a ‘strategic’ metal, which is used to justify a hike in the royalty rate from 2.0% to 10%. Royalties for copper have also been increased from 2% to 3.5%, and for gold from 2.5% to 3.5%. Another key measure is the removal of a clause that protects miners from changes to the fiscal and customs regime for ten years.

Leon notes that the Prime Minister has the right to designate any mineral substance as ‘strategic’. He explains that, once a mineral is designated as ‘strategic’, the DRC government will be entitled to a 10% royalty, which is all-inclusive and not in addition to any pre-existing royalties owed to the state.

Further, he notes that the DRC’s Mining Code specifies that exploitation licences are initially valid for 25 years, subsequent to which they can be renewed for terms which may not exceed 15 years.

Prior to being amended, Article 67 of the code specified that an exploitation licence could be renewed several times. Leon says that the amended Article 67 also does not impose any restrictions on the number of times a mining licence can be renewed.

The amended code states that, on each renewal of a mining licence, the State will be entitled to an additional 5% interest in the entity holding the right, in addition to its existing shareholding. The code does not place a cap on State interest.

Leon says that government and international mining companies are engaged in negotiations to manage these changes.

He says the Tanzanian government empowered itself to renegotiate the terms of mining contracts that Parliament considered “unconscionable” and immediately banned the export of unprocessed minerals, raised royalty rates and increased government shareholding rights.

Under the amended Mining Act, government published a set of new regulations in January, the “most onerous” being the local-content regulations, which came into force on April 10.

These regulations stipulate that mining companies have to allow for an ‘indigenous Tanzanian company’ to have at least 5% ownership of a project before it is eligible for new mining licences, Leon explains. They must also meet “high” quotas for local recruitment, training and the procurement of local goods and services, as well as conduct business through Tanzanian banks and use only the services of Tanzanian financial institutions, insurance brokers and legal practitioners.

Leon adds that the Mining Commission, which is empowered to administer the various administrative and regulatory processes under the regulations, only became operational towards the latter half of April, after President John Magufuli had appointed Professor Idris Kikula as chairperson of the commission, which delayed the enforcement of the regulations.

Leon notes that Section 10(2) of the Mining Act was amended by Section 9 of the Written Laws Act, which entitles government to acquire, “in total, up to 50% of the shares of a mining company, commensurate with the total tax expenditures incurred by the government in favour of the mining company”.

He explains that, it appears that the Tanzania government bases its entitlement to this additional equity on the consequences of historical tax incentives granted to mining companies, but it is not immediately clear how it intends to calculate these ‘tax expenditures’.

It is also unclear whether the additional equity acquired by government will be on a free-carried basis.

Leon notes that both the African Minerals Development Centre (AMDC) and the Southern African Development Community are cautious about the introduction of any export restrictions that also have implications for Tanzania’s World Trade Organisation obligations.

“A 2016 study by the AMDC on East African mineral regimes notes that Tanzania’s capacity to stimulate ‘linkages’ under the African Mining Vision (whether upstream or downstream) is impaired by ‘insufficient local production; high energy costs; inadequate energy supply’.

“This would suggest that Tanzania does not currently have the required infrastructure to support the local beneficiation obligations imposed under the amended Mining Act.”

Further, the export ban appears to conflict with Tanzania’s obligations under the East African Community Common Market and Customs Union protocols, as well as the General Agreement on Tariffs and Trade.

Oliva-Velez adds that Tanzania’s restrictive regulations can partially be attributed to the incumbent government’s need to appease voters, as it ran on a “populist political platform aimed at increasing local beneficiation”.

He explains that Magufuli’s aggressive policymaking is largely driven by protectionist and populist convictions that regard the mining industry as insufficiently involved in local beneficiation.

Oliva-Velez believes Tanzania’s inflexible stance on local content and its desire to derive a greater proportion of the wealth stemming from its national resources are likely to lead to mining asset sales or a reconsideration of planned investments.

OTHER AFRICAN COUNTRIES
Campbell notes that the Zambian government announced a steep increase in royalties for deep and openpit mining in 2015, before back-pedalling after warnings of mine closures and thousands of job losses.

The backlash may have led to Zambia’s new approach to tackling macroeconomic revenue imbalances, particularly the fiscal deficit, which remains “[way] above 5%,” says Oliva-Velez.

He says the newest attempt to raise funds came about in March, when government announced that it would engage in an audit of local mining companies’ financial statements going back six years to assess potential underpayment of taxes. To date, only Canadian miner First Quantum Minerals has received a $7.9-billion tax bill as a result of an audit.

Government also announced in February that miners would be forced to transport 30% of their cargo for export by rail to revive local rail services. Oliva-Velez says this stipulation is unlikely to be effectively implemented, as the country’s rail infrastructure remains in a poor state.

Leon adds that, in Kenya, the 2017 Mining (State Participation) Regulations afford the State a free-carried 10% equity interest in any mining right granted after the 2016 Mining Act came into force on May 27, 2016.

Oliva-Velez says the populist rhetoric across the continent has peaked, but expects to see currently unaffected African jurisdictions considering the possibility of demanding their pound of flesh from mining companies.

He cites recent announcements from the governments of Sierra Leone and Mali regarding their intentions to alter their mining codes.

PROTECTION
Leon states that the policy developments in African States highlight the importance of rights enshrined in international treaties. “Investment treaties provide a stable framework of protection upon which investors can rely, even when there is upheaval in local laws and regulations.”

He suggests that, through such treaties, investors can enhance the security of their investments and their negotiating leverage with the host State. “Such leverage can help to protect and preserve the smooth operation of an asset, and to provide an avenue for recourse against the host State in the event of arbitrary and/or discriminatory State acts.”

If there is no treaty in place between the home State and the host State, it may be possible, at the outset of a transaction, to structure investment through a subsidiary or entity from a country which does benefit from such a treaty, says Leon. “Treaty protection should, therefore, be a significant consideration at the early stages of a project.”

Leon, Campbell and Oliva-Velez suggest that the trend towards resource nationalism would likely impact on mining legislation in the short term, specifically in those countries that have high trade deficits, combined with high levels of poverty and unemployment.

Many of these countries are also former colonies, with most mining companies also having ties to former colonial powers. Consequently, large segments of the population in the host countries believe that the mining industry has to do its “fair share” to redress past wrongs, manifesting in the resultant issues of transformation, inequality and socioeconomic development.