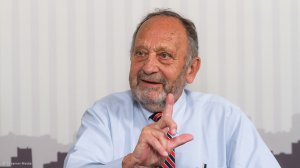 JOHANNESBURG (miningweekly.com) – Diamond kimberlites with a very low number of carats per hundred tons have in the past tended to be passed over by diamond mine developers, but their propensity to host big Type II diamonds that sell for large sums of money is now being acknowledged.

Although diamond company De Beers walked away from what is today the Karowe mine in Botswana as well as what is today the Letseng mine in Lesotho, each asset has yielded very large high-value diamonds on becoming operational, a point driven home at the eleventh International Kimberlite Conference in Botswana. (Also watch attached Creamer Media video).

He points out that the large diamonds sold from Karowe have ranged in price from $20-million to $63-million per diamond and that Karowe’s owner, Lucara, took some time to find someone wealthy enough to buy Karowe's tennis-ball-size 1 109 ct diamond, the third-largest diamond after the celebrated Cullinan and the Excelsior diamonds, until Graf paid $53-million for it.

De Beers sold the Karowe property because the grades were considered to be too low and did the same at Letseng, which is also producing big diamonds.

Haggerty explains that these big Type II diamonds were formed in the presence of metallic iron in the lower mantle at depths greater than 660 km below surface, where they resided for 2.8-billion to 3-billion years before being elevated.

He is one of eight to have attended all eleven of the international kimberlite conferences, the first of which was held in South Africa in 1973, attended by John Gurney and Louis Ahrens of the University of Cape Town, and Barry Hawthorne, a former De Beers chief geologist.

The first conference is acknowledged as a major success owing to Hawthorne being able to persuade De Beers to “open the security gates” of the diamond mines in Southern Africa, which allowed people like Haggerty to go in and collect the necessary rocks, resulting in several breakthroughs that led to new discoveries.

The latest of the 11 meetings opened with an historical overview of the discovery of diamonds in Southern Africa by Tsodilo Resources nonexecutive director Mike de Wit, who uncovered documentation in German on the early days of De Beers.

It also included input from pioneering exploration geologist Manfred Marx, who with Gavin Lamont and Jim Gibson, discovered the Orapa kimberlite pipe in Botswana in 1970.

What the Marx team did was to draw key conclusions from a study of kimberlitic indicator minerals, which led to the discovery of the highly successful Orapa mine in Botswana, the world’s premier dollars-per-carat country and the second largest exporter of diamonds by volume.