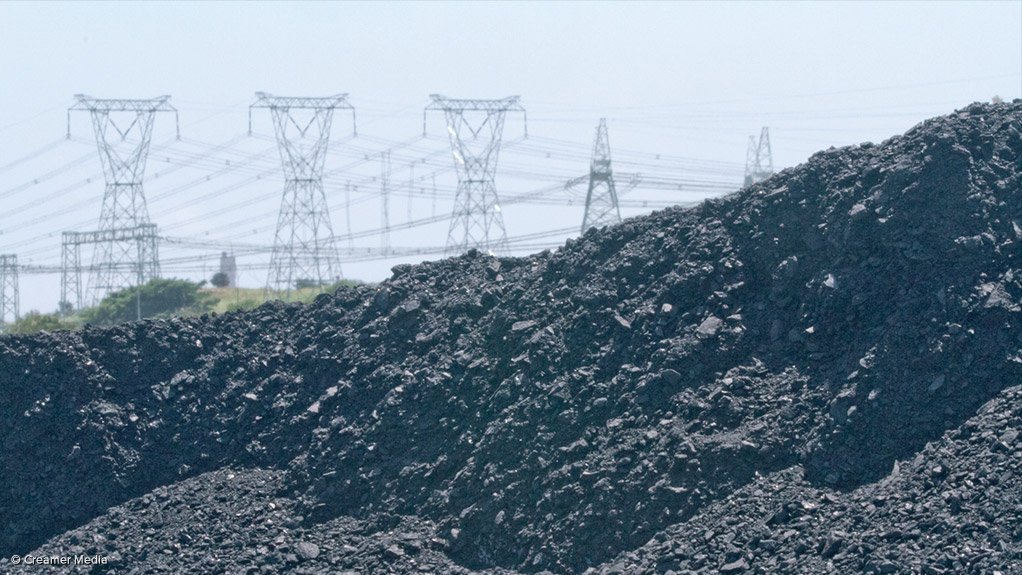 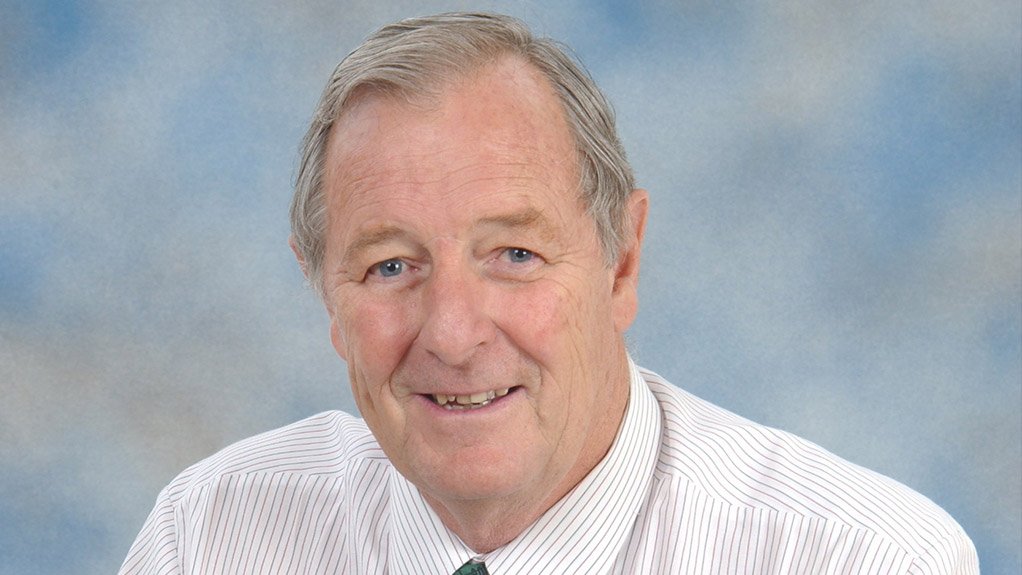 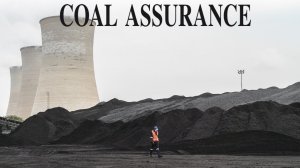 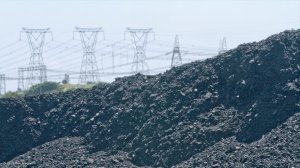 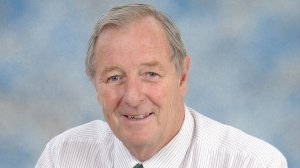 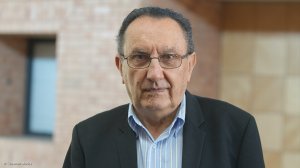 Photo by Duane
SOLUTIONS STALLED The slow pace of new contract agreements and delays in the transfer of coal from its Medupi station is putting pressure on Eskom’s plans to recover stock levels rapidly
ROBERT JEFFREY The Integrated Resource Plan translates into a decrease in the demand and desirability of coal as a product
Photo by Duane
XAVIER PREVÓST While the industry predicted a coal-cliff, caused by the ageing of available coal mines, Eskom denied it

The continuing coal supply shortage at State-owned power utility Eskom is considered a crisis by industry commentators. However, while conceding that it “is not an ideal situation”, Eskom has assured Parliament that it is implementing a recovery plan to prevent any unplanned capacity loss.

The parastatal has indicated that 10 of its 15 coal-fired power stations have less than 20 days’ coal supply, with four of the understocked stations – Arnot, Hendrina, Kriel and Tutuka, all in Mpumalanga – having less than ten days’ supply.

Media house EE Publishers reported last month that Eskom would need an additional 1.3-million tons of coal a month to bring all its power stations to the level of stock required by the National Energy Regulator of South Africa by the end of its current financial year – March 31, 2019.

Eskom CEO Phakamani Hadebe has told Parliament that the utility has embarked on a recovery plan to boost coal stocks at its Mpumalanga plants. The plan includes the securing of additional coal supplies and an “aggressive” reallocation of existing coal supplies from the utility’s better-stocked plants.

The plan also includes Eskom securing 14 new coal supply contracts since January. The utility further states that the signing of an additional 12 contracts is imminent. All the new suppliers are based in Mpumalanga and will be ideally suited to supply coal to the worst-affected power stations in the area. The additional contracts have been approved by the Eskom board. Two tender enquiries, issued last year, are at the negotiation stage. However, 18-million tons of coal has been contracted, following urgent ‘requests for proposals’ issued in 2017 and 2018.

Eskom expects that its latest bid to increase coal procurement contracts “will stop the decline in coal stock levels in the short term” and prevent any unplanned power outages.

However, the utility tells Mining Weekly that the slow pace at which contracts are being concluded and delays in the transfer of coal from its Medupi power station, in Limpopo, to the struggling stations in Mpumalanga are “putting pressure on Eskom’s plans to recover all stock levels rapidly”.

Eskom says negotiations for new, price-competitive contracts with local coal suppliers – who are enjoying higher export prices – have been proceeding at a slow pace and that its plan to reallocate coal from Medupi as of August has also stalled. This is partly because several municipalities have raised concerns that trucking coal between the power stations impacts on roads.

Eskom would prefer transporting the coal by rail; however, the development of a viable freighting system with rail freighting company Transnet Freight Rail has still to be concluded and, as a result, the transfer of coal from Medupi by rail has not yet started.

With the rainy season imminent, coupled with ongoing delays in Eskom’s recovery plan, concerns about the impact of potential blackouts on economic growth have been flagged by Minerals Council South Africa (MCSA).

Eskom has attributed most of its coal stock concerns to the failure of the Gupta-linked Tegeta Exploration & Resources, which owns the Optimum coal mine, one of the utility’s contracted suppliers. But industry commentators have highlighted Eskom’s questionable policy decisions and its role in crippling investment in the coal industry as having a direct impact on the utility’s current stock predicament.

XMP Consulting senior coal analyst Xavier Prevóst states that Eskom’s poor policy decisions – particularly its disinvestment from cost-plus coal mines – coupled with calls to move away from coal-based electricity, which reflect one of the key proposals of the draft Integrated Resource Plan (IRP) 2018, have led to a lack of investment in the local coal mining industry.

This sentiment is echoed by MCSA senior economist Bongani Motsa and economist Tafadzwa Chibanguza, who state that, while local coal production and sales have increased, investment in the sector has remained stagnant.

The council outlined in its 2017 ‘Facts and Figures’ report, published in September 2018, that coal sales totalled R130-billion in 2017, up from about R112-billion in 2016. The industry also posted increases in employment and production between 2016 and 2017. However, Chibanguza notes that the growth in sales earnings is not commensurate with real net investment, which declined at a rate of 10% a year from R7.3-billion in 2009 to R3.8-billion in 2017.

“The lacklustre performance of investment in this industry could not be more telling of the toxic regulatory environment for coal in recent years,” says Motsa.

The council states that 70% of the coal produced in the country is sold to local customers, mostly Eskom’s coal-fired power stations, which generate more than 70% of the country’s electricity. However, even with Eskom building two new coal-fired power plants – Medupi and Kusile, located in Mpumalanga – investment in additional coal production capacity has not responded proportionately.

Prevóst says Eskom’s decision to stop investing into cost-plus mines has also contributed to the current coal shortage. “While the industry predicted a coal cliff, caused by the ageing of available coal mines, Eskom denied it. So, instead of reinvesting in new coal projects, Eskom pulled its investment.”

However, Eskom has made its intent to reinvest in cost-plus mines known to the industry several times since the beginning of the year, a decision that MCSA and Prevóst have commended and hope to see materialse.

Further, the council and independent economic risk consultant and former Econometrix MD Rob Jeffrey are concerned about the possible impact of the IRP 2018 on future private investment in the coal sector.

“The IRP calls for a drastic reduction in the use of coal for energy production by 2030. To investors, that translates into a decrease in the demand and desirability of coal as a product,” he explains.

Jeffrey and the council believe that the IRP 2018 unfairly champions renewables at the expense of high-efficiency, low- emission coal alternatives, which, they argue, present a clean and dispatchable form of energy creation.

Motsa states that the council has identified several issues with the IRP 2018, which it plans to comprehensively deal with in a report to be published in the near future. The council believes that South Africa should have a diversified energy mix, but where coal is not sidelined, he adds.

“The country has R6.5-trillion worth of . . . coal reserves; so, if Eskom does not discount coal as a resource and the industry can unlock some of the legislative bottlenecks that are preventing projects from coming on line, then South Africa’s coal industry would have huge potential,” emphasises Motsa.

MCSA stresses that Eskom’s recovery plan must include the input of the coal mining industry. “Although the council believes that this is a short-term problem, the utility will not be able to overcome it alone,” stresses Chibanguza.

He adds that the opportunity cost of unserved electricity in industry downtime is huge. Reliable access to affordable electricity is essential to the growth and development of the local economy – if Eskom cannot provide consistent access to electricity, this results in a significant decline in all industries, as was evident during the rolling blackouts that the country faced in 2008, explains Chibanguza.

“If Eskom attempts to solve this problem without the input of industry, it is likely to fail, with catastrophic consequences for the local economy,” he warns.

The council suggests that Eskom approach the local coal mining industry to set out new contract structures, demands and methods best suited to suppliers, which will also benefit the country, to overcome the current stock level crisis. It adds that Eskom needs to ensure that its domestic coal prices are competitive and attractive, compared with what is being offered by the international market, so that suppliers are willing to divert stock. It also supports reinvestment into cost-plus mines to revive investment.

“When involving industry, of course, price will be a key factor, but the point is that open discussion with coal suppliers will result in finding an amenable solution faster and will likely cost the utility provider a lot less in the long run,” concludes Chibanguza.