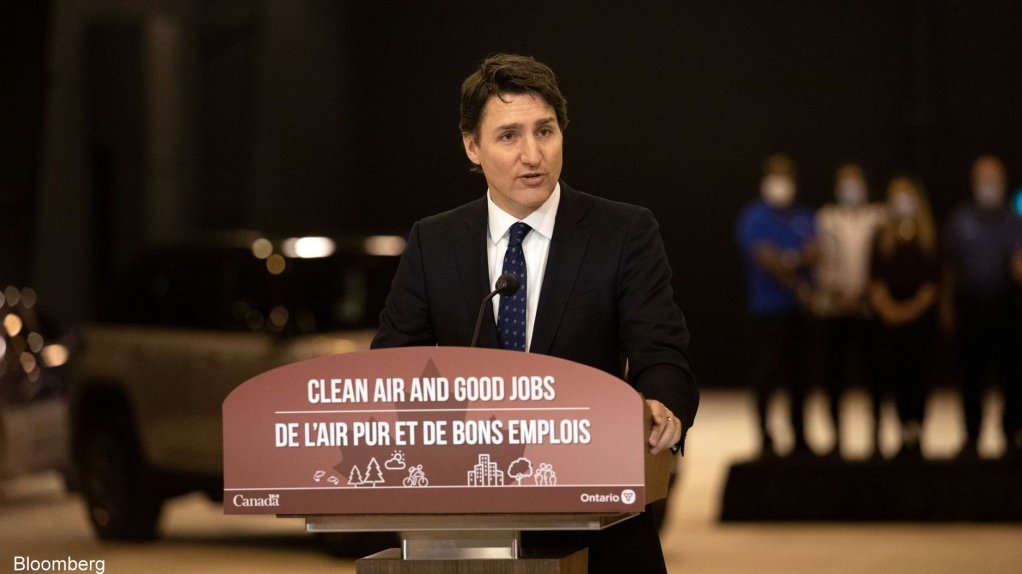 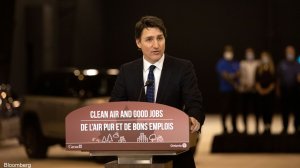 Canada is becoming more reliant on the fossil-fuel sector, even as Prime Minister Justin Trudeau seeks to strengthen the country’s policies on climate change.

Oil, natural gas, coal and refined petroleum exports hit a one-month record of C$17.4-billion ($13.6-billion) in March, according to data released Wednesday by Statistics Canada. Shipments totaled about C$150-billion over the past 12 months -- also a record.

As a share of total merchandise exports, the fossil-fuel industry represented 27.4% of shipments in March -- matching the all-time high set under former Prime Minister Stephen Harper in 2014.

While surging commodity prices are driving the gains, the numbers illustrate the challenge Canada faces in trying to wean itself off the oil and gas industry. Crude is both a source of wealth and global influence for the country, and Russia’s invasion of Ukraine only amplifies the importance of Canada’s vast energy reserves to economic security.

That may explain the subtle shift from the Canadian government in recent months toward oil and gas production. Trudeau’s officials have so far shunned any push to accelerate the phaseout of fossil fuels, in favor of a slower path that seeks to ramp up efforts to decarbonize the industry and keep production growing. The strategy was evident in recent moves by Trudeau’s cabinet, including the approval last month of a major offshore oil project and the introduction a pricey tax credit for investments in carbon-capture technology.

“Canada has decided through its policy actions that an aggressive decarbonization strategy is a better route to net zero than conceding the market to dirtier suppliers of oil and gas,” said Ed Greenspon, CEO of the Public Policy Forum, an Ottawa-based think tank that argued against an accelerated phaseout in a March report. “As an exporter, this is good news for the Canadian economy. As a reliable exporter, it is good news for the world economy.”

The Trudeau government’s plan to meet its climate targets relies on a 42% cut in emissions from the oil and gas sector over the next eight years. It leans heavily on technical improvements -- such as carbon capture -- while still allowing for barrels to be pumped, to the chagrin of environmentalists.

Environment Minister Steven Guilbeault, appearing before a parliamentary committee Tuesday, was challenged by an opposition lawmaker for promoting the idea of lower-emissions oil production instead of getting Canada out of the fossil-fuel business altogether.

“Low-carbon oil is not a myth, it’s not an invention,” Guilbeault shot back, speaking in French. He said the world will still need crude production even as it pursues a United Nations target of limiting global warming to 1.5 degrees Celsius.

“What’s important are the emissions and the cap on greenhouse gases that we’re going to put into effect,” Guilbeault said. “Regardless of the production -- if it’s the same, decreases, increases -- emissions will decrease.”

While surging oil prices in recent months have sharply lifted receipts from crude, the country has also been ramping up exports in actual terms as well. On a volume basis, oil shipments in the first three months of 2022 are up about a quarter since Trudeau took office.