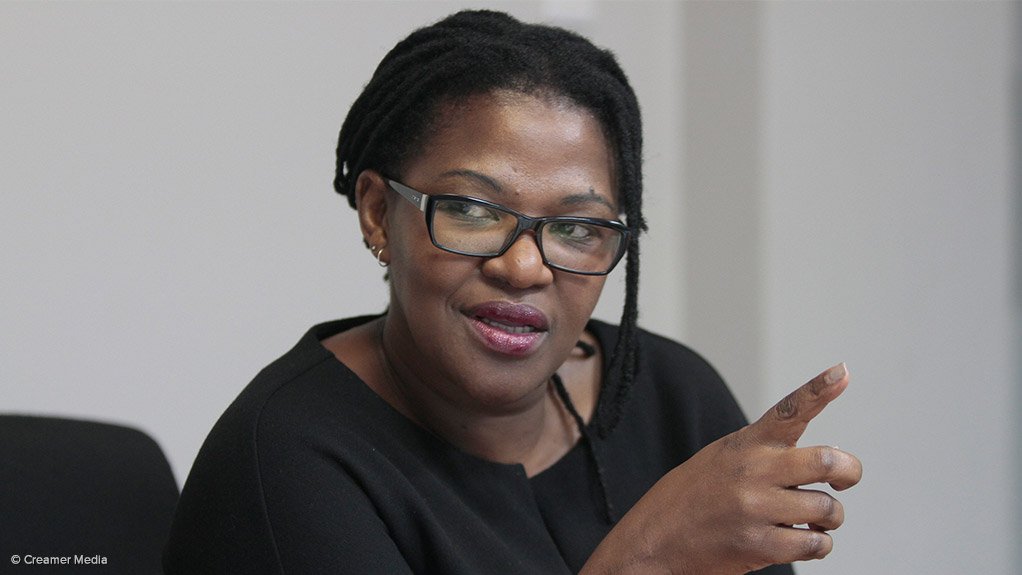 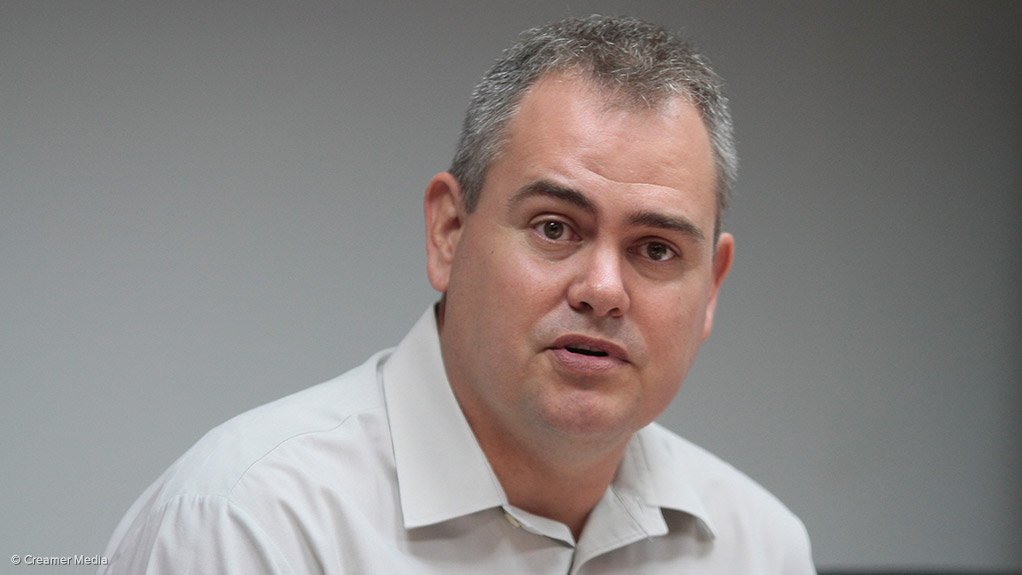 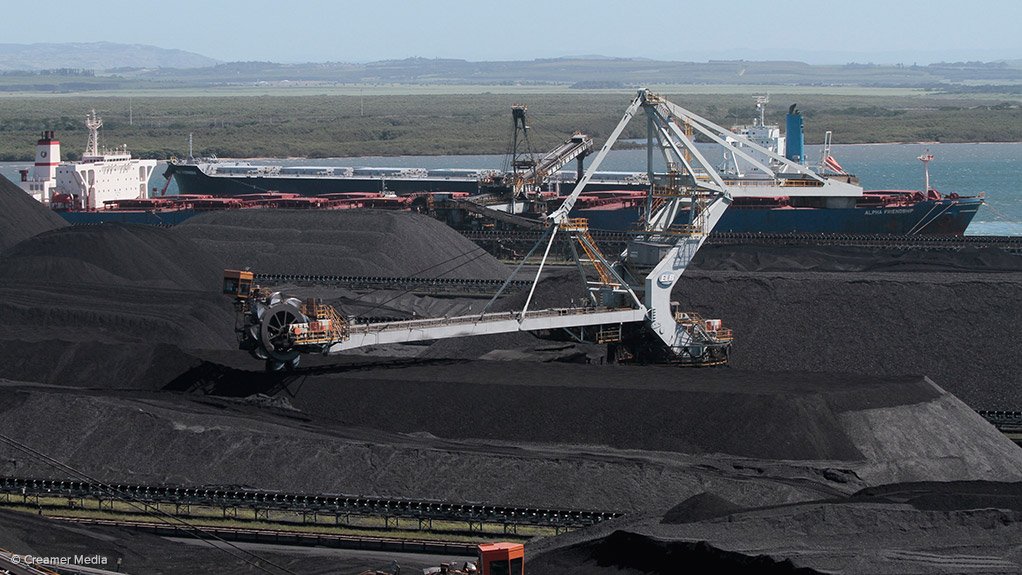 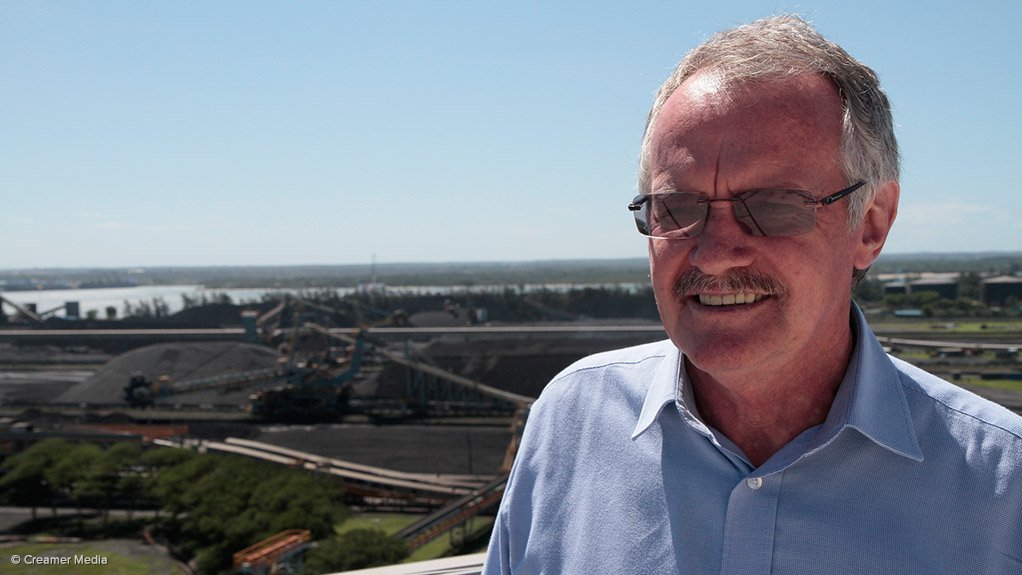 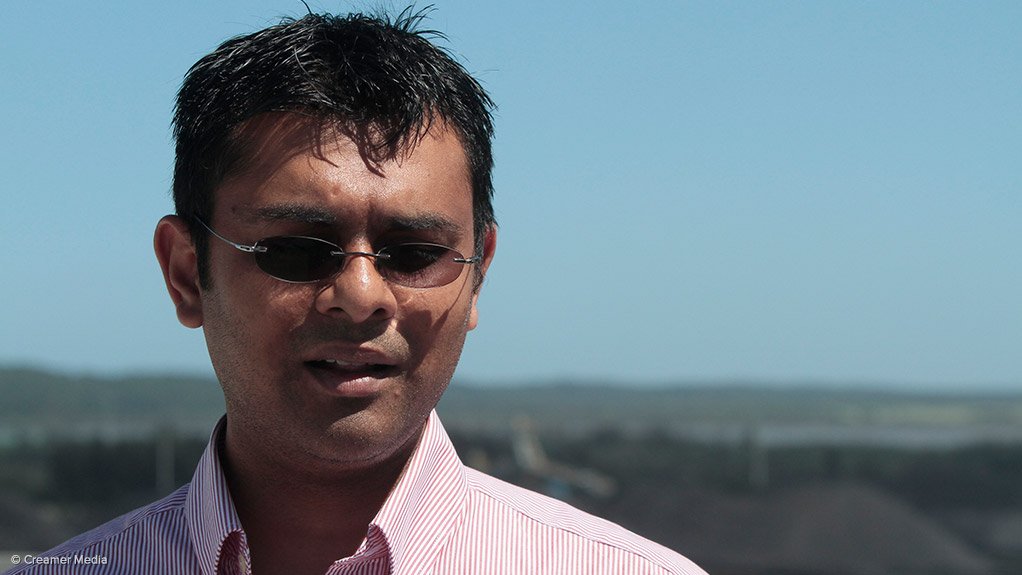 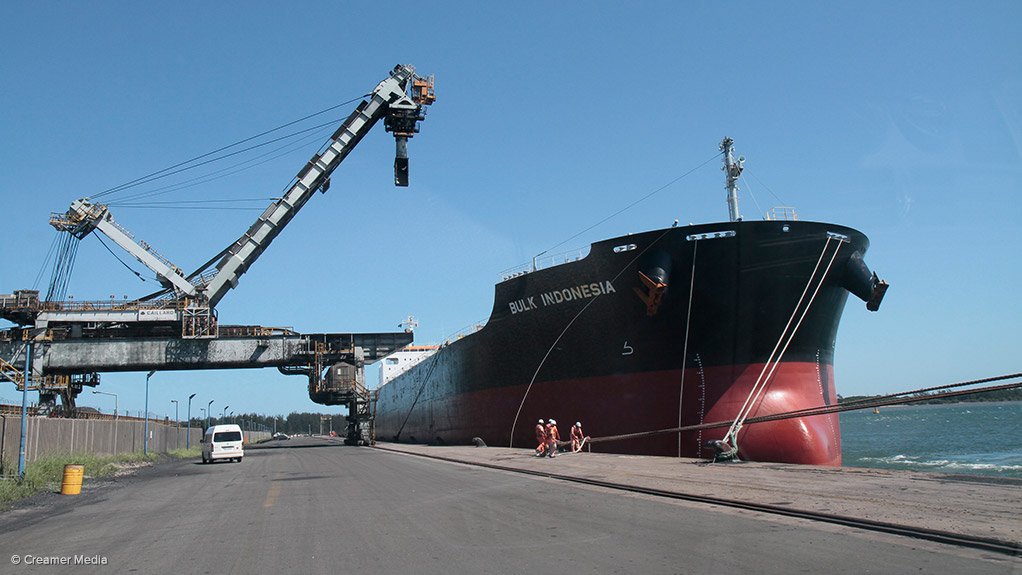 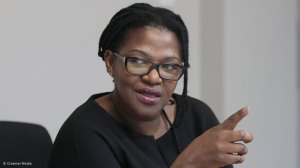 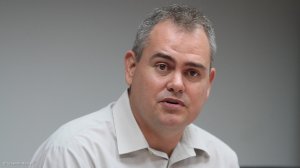 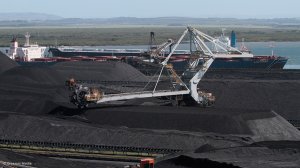 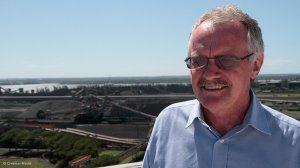 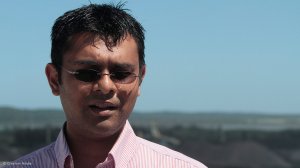 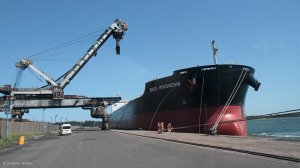 RBCT CEO Nosipho Siwisa-Damasane tells Mining Weekly Online that RBCT is ready to work with Transnet in an “open-minded” way to ensure that an additional 19-million tons of coal export capacity is made available to South Africa’s emerging black coal-mining juniors.

Transnet Freight Rail (TFR) last year transported more than 70-million tons of coal from inland mines to the coastal terminal, and Transnet National Ports Authority (TNPA) provided marine services to 730 vessels that called at the terminal to ship South African coal to users around the world.

“We would like to work with Transnet to come up with a model that satisfies everyone, as well as the emerging miners,” Siwisa-Damasane commented to Mining Weekly Online, in the company of her eight-person executive team – six of them previously disadvantaged South Africans.

Currently able to export 91-million tons of coal a year, RBCT has a prefeasibility study under way to increase the terminal’s capacity by another 19-million tons to 110-million tons, for the express purpose of accommodating coal juniors.

Mining Weekly Online observed during its visit this week that Transnet and RBCT personnel already sit side-by-side at RBCT to optimise operational efficiency.

“In a supply chain, you can’t work in silos, and our biggest winner is that we’re communicating more operationally,” the RBCT CEO commented.

“Co-location”, which involves TFR personnel and RBCT personnel working collaboratively on train movements, has been under way as a 12-hour service for some time and may soon move to a 24-hour service.

The joint operational planning with TFR is providing touch points that enable personnel to analyse past shortcomings and plot future improvements.

Export targets are arrived at jointly and knowledge of what is being railed from mines can be rewarded by the terminal’s bypass facility, which allows incoming trains to bypass the normal system to get coal on ships faster.

The bypass advantage is expected to be taken up more frequently once train visibility is stepped up.

Currently, up to 14% of the coal arriving at RBCT is “bypassed” on to waiting ships directly.

Issues that need to be dealt with include the better alignment of capital expenditure (capex) for future growth and operational expenditure for greater efficiencies in order to retain South Africa as a preferred coal source.

With its proposed Phase 6 expansion to 110-million tons yearly, RBCT is in a position to avoid the big-ticket expenditure of an additional berth, and make fuller use of existing berths and rail infrastructure, which will minimise capex.

Infrastructure that will be required to increase to 110-million-ton-a-year capacity includes an additional tippler, one more shiploader, stockyard expansion and the reconfiguration of an existing substation.

This would meet the requirements of all aspirant coal exporters and give RBCT a bulk-handing efficiency fillip.

Although 14 trains each with 200 wagons arrive at the terminal daily, RBCT uses a 100-wagon yardstick and thus works on 28 trains of 100 wagons arriving daily.

According to that yardstick, 32 trains of 100 wagons each – or 250 000 t – are required to arrive daily to take up the 91-million-ton terminal capacity that RBCT already has available for the South African coal-mining industry.

The terminal achieved the level of 250 000 t a day during the recent nine-day power outage period, proving that it can handle 35 trains of 100 wagons each daily.

RBCT has reduced its 75-million-ton export target to 73-million tons as a result of the blackout.

The 38-year-old terminal operates R7-billion worth of assets on a 276 ha site within the Port of Richards Bay.

The terminal has grown more than sevenfold since opening as a 12-million-ton-a-year facility in 1976.

Its 2.2-km-long quay has six berths and four shiploaders, which are supplied from a yard that is able to stock 8.2-million tons of coal and accommodate 38 different grades of coal.

Phase 6 plans cater for an additional 14 ha stockyard area and may accommodate additional grades, should the market demand it.

Trains are scheduled to the terminal from 49 loadout points in the Kwazulu-Natal and Mpumalanga provinces.

RBCT’s five tipplers, which offload rail wagons at a rate of 5 500 t an hour, can unload a 100-wagon train in less than two hours.

Coal is reclaimed from the stockpiles at the same rate into four silos and then on to ships.

RBCT’s centralised control system is in a 42-m-high control tower, from which stockyard machines are coordinated.

On the marine side, a new service-level agreement with TNPA is being forged.

The 527-employee RBCT has a bursary scheme and GM Naidoo, who was a bursar, has risen up the ranks to become a member of RBCT’s executive committee.

Mbuyazi runs a mathematics class in which one of his students achieved a 100% pass.

Several women, who started as cleaners, are now working in the operations, with one becoming the terminal’s first female to be appointed senior operations manager.

“Transformation is our passion and we’re driving it,” Siwisa-Damasane enthused to Mining Weekly Online.

Environmentally, the terminal is virtually dust-free, which is a major feather in its cap.