Ramp-up of new mechanised PGMs mine below expectations – RBPlat

Ramp-up of new mechanised PGMs mine below expectations – RBPlat 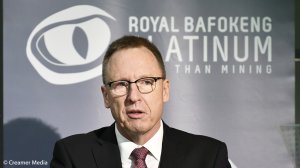 Delays in the commissioning of section ore-handling infrastructure and the difficulty experienced in the recruitment of trackless and engineering mining skills were among the reasons why expectations were not met, said Carr. (Also watch attached Creamer Media video.)

Cash unit costs for the ramping-up of Styldrift mine amounted to R1 632/t milled and R16 504/oz of platinum palladium, rhodium and gold (4E) metal.

Positive market conditions afforded the company the opportunity to reintroduce palladium- and rhodium-rich upper group two (UG2) mining at the South shaft of BRPM, the company’s other operating PGMs mine, which was impacted by lack of face flexibility, costs to reintroduce UG2 and challenging ground conditions at North Shaft Phase 3.

Last year proved to be operationally complex and difficult and there would be continued focus on building flexibility, improving efficiencies, transitioning South shaft to being an efficient UG2 operation, ramping up Styldrift to steady state and building increased ore-processing capacity.

“All of these initiatives are key to maintain a sustainable, resilient future,” said Carr at the presentation of results covered by Mining Weekly.

“This company will stand or fall by the successes or failures of Styldrift,” said RBPlat CEO Steve Phiri.

The mine is targeting an output of 230 000 t/m in the third quarter of this year.

“Styldrift, being a mechanised mine, cannot be an expensive mine,” Phiri said.

“That is a very transformed business. With more efficiencies, we could reach an output of 600 000 4E ounces per annum, once at steady state.

“Styldrift is on course, I want to reiterate that. It has turned the corner, the difficulties that we encountered during 2019 are being significantly overcome,” Phiri added.