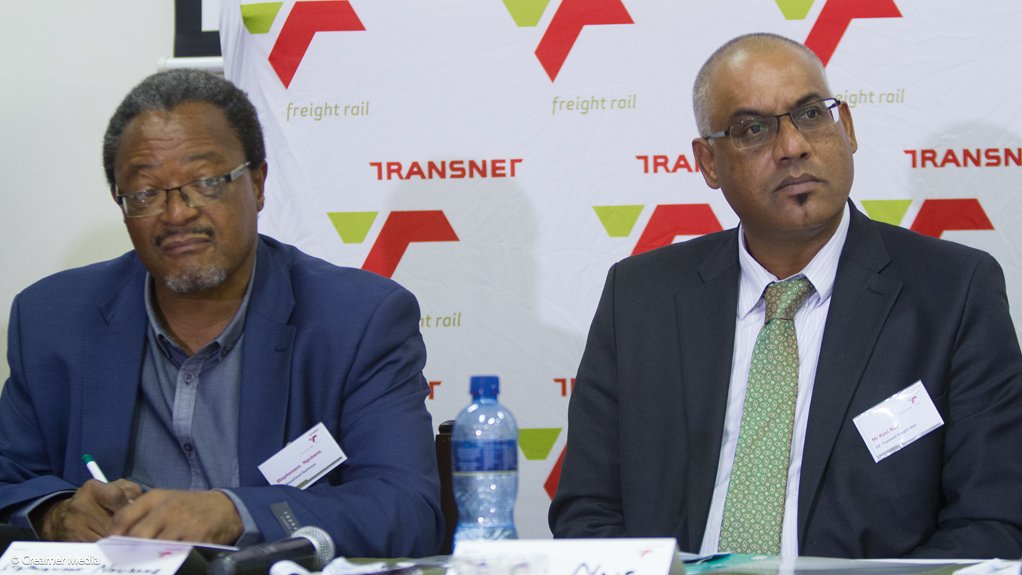 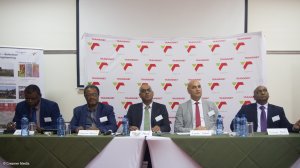 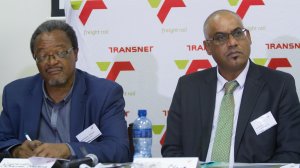 An expression of interest (EoI) for the R20-billion crossborder Swazi Rail Link infrastructure project between South Africa and Swaziland will be released to potential investors before the end of 2017, South Africa’s Transnet Freight Rail (TFR) and Swaziland Rail confirmed on Thursday.

The 150 km greenfield railway line from Lothair, in South Africa, to Sidvokodvo, in Swaziland, is designed to open up a dedicated general-freight corridor, firstly to the Port of Richards Bay, in KwaZulu-Natal, but later also the Port of Maputo, in Mozambique.

The line, which would integrate with TFR’s network on either side of the Swaziland border, would also release capacity on the coal export corridor, which currently handles between 15- and 17-million tons of general freight yearly.

By relieving the corridor of almost all its general freight, TFR would align the rail network with the coal-handling capacity that exists at Richards Bay in a bid to facilitate an increase in exports, initially from the country’s Mpumalanga coal mines, but progressively from the Waterberg, in Limpopo, and eventually also from neighbouring Botswana.

At a joint briefing in Gauteng, South Africa, on Thursday, Swaziland Rail CEO Stephenson Ngubane and TFR CEO Ravi Nair said the project feasibility had been completed and that work was currently under way to package the project for presentation to private investors.

Some 500 graves in Swaziland had already been exhumed and the bodies reburied, while Transnet was in talks regarding the exhumation of 120 graves.

All environmental permits had been secured, as had a water-use licence and early-stage discussions were under way with potential customers.

Responses to the EoI would help inform a subsequent request for proposals (RfP) document, but the two utility partners currently envisaged packaging the project as a special purpose vehicle (SPV), rather than a concession.

“We are not being prescriptive about the type of model, but in our view it is unlikely to be a concession. Where TFR needs to operate, we will operate. Where Swazi Rail needs to operate, they will operate,” Nair explained, adding that they were, nevertheless, looking for the private funders to take direct equity in the project.

“The model we are working on now is the SPV. What does that mean? It means that we are looking to attract project financing and that the revenue generated will be used to pay back investors and meet operating costs. After maybe 20 or 25 years, or when the loans have been repaid, the SPV would dissolve,” Ngubane added.

However, he stressed that the model is continually being refined.

The SPV model was also preferred in light of the fact that the project, which will be seamless, despite traversing country borders, already involved two rail operators, covered a relatively short distance and would integrate with existing infrastructure.

The infrastructure would also need to traverse challenging, at times mountainous, terrain and its construction was expected to comprise no less than 300 separate civil engineering works, including bridges and culverts.

Nevertheless, Nair expressed confidence that the project would attract private investors, owing to the fact that there were immediate volumes that could be diverted to the line. Yearly volumes are expected to ramp up to 22-million tons over time.

The logistics and efficiency spinoffs associated with having dedicated 150-wagon general-freight trains would also be significant, as would the socioeconomic and employment benefits. During construction it is estimated that 3 000 direct construction jobs would be created in South Africa and a further 6 500 in Swaziland, where 100 km of the 150 km line would be laid.

These socioeconomic aspects would be marketed to potential development finance partners, including the New Development Bank, which received a presentation on the project during the ninth Brics Summit, held in Xiamen, China, in September.

The RfP should be released in the first half of 2018 and Swazi Rail and TFR expected the project to reach financial close two years later.