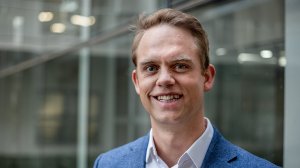 In line with announcements made by National Treasury in the 2020 Budget Review in February, the 2020 Draft Taxation Laws Amendment Bill (DTLAB) proposes amendments to the Income Tax Act (ITA) with the aim of limiting the entitlement to the favourable mining capital expenditure (capex) allowance to mining right holders. The proposed amendments could have “far-reaching and unintended consequences in its current form”, says tax advisory firm Renmere.

The DTLAB was published for comment on July 31, and the proposed amendment states that the mining capex allowance should only be available to holders of a mining right as defined in Section 1 of the Mineral and Petroleum Resources Development Act (MPRDA), in respect of the mine where those mining operations are carried out.

Should this proposed amendment be enacted, Renmere director Neethling van Heerden says contract miners would then effectively be excluded from the favourable mining capex regime.

The mining capex allowance is reserved exclusively for miners as a class privilege, in order to encourage mining as a key industry in South Africa, by aiming to compensate miners for the significant and unique risks inherent to their business.

There is currently no requirement to be a mining right holder to qualify.

To date, contract miners and mining right holders alike have been able to, in most instances, qualify for the mining capex allowance.

The proposed amendments are anticipated to apply to capex incurred on or after January 1, 2021, but should a contract miner have historically claimed the mining capex allowance and be left with a balance of unredeemed capex on December 31, 2020, Van Heerden notes, “it appears that the contract miner will arguably be entitled to continue to set off the balance of unredeemed capex against mining income”.

This is done in accordance with the provisions of Section 36 of the ITA, until such time as the full balance of the unredeemed capex has been extinguished.

Capex incurred from January 1, 2021, and onwards may qualify for the accelerated manufacturing allowance, as can be found in Section 12C of the ITA, depending on the nature of the contract mining services rendered.

In addition to excluding contract miners from the privileged mining capex allowance regime, which Van Heerden says is in itself “already a big change”, he notes that “the proposed amendment will have certain unintended consequences for other miners also, if published in its current form”.

The Supreme Court of Appeal, in the 2019 Benhaus Mining judgment, confirmed that contract miners may, in certain circumstances, be entitled to the favourable accelerated mining capex allowance in terms of Section 15(a), read with Section 36, of the ITA.

However, Van Heerden notes that a challenge in the contract miner space is that currently, Section 12C of the ITA excludes plant used for purposes of mining and the definition of mining in Section 1 of the ITA has not been amended.

Renmere intends to provide comment on this to the National Treasury, as it is believed to be a technical oversight.

Further, apart from the contract miners, some mining companies mine for themselves and are not rendering a service to the mining industry, but owing to technicalities in the MPRDA, are not required to hold a mining right. Should the proposed amendments be promulgated, these mining companies will also be excluded from the mining capex allowance.

Certain joint ventures (JVs) in the mining industry are also set up in an unincorporated fashion, which Van Heerden explains means that only one of the partners is legally the mining right holder.

With the proposed amendments, this JV partner would be the only one that can claim the mining capex allowance, despite other partners incurring capex in the JV partnership.

“There are some easy fixes that we can see, but then there are some slightly more complicated ones where the inputs from mining lawyers and input from MPRDA experts will also be required,” he comments.