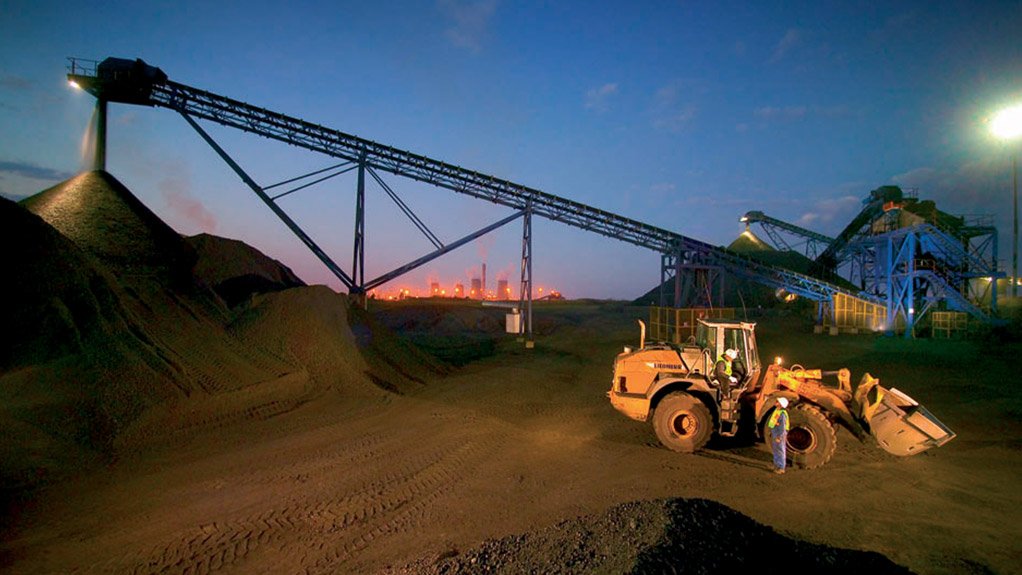 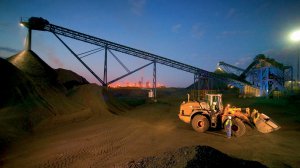 Coal miner Sasol Mining reported a 21% decline in its operating profit for the 2017 financial year, compared with the previous comparable period.

The mining business unit of integrated chemicals and energy company Sasol, Sasol Mining showed a drop in profit to R3.7-billion, mainly owing to the negative impact on business of a mining strike, reports Sasol in an August results presentation.

Nonetheless, Sasol notes that the full supply commitment was delivered to its Secunda Synfuels Operations.

A business improvement plan is in place to boost productivity and reduce costs.

Sasol Mining operates six coal mines that supply feedstock to its Secunda (Sasol Synfuels Operations) and Sasolburg (Sasolburg Operations) complexes, in South Africa. While the coal the company supplies to Sasol Synfuels Operations is mainly used as gasification feedstock, some is used to generate electricity. The coal supplied to the Sasolburg Operations is used to generate electricity and steam. Moreover, the company also exports coal from the Twistdraai export plant to international power generation customers.

Sasol Mining’s underground mining operations are at Bosjesspruit, Brandspruit, Middelbult, Syferfontein and Twistdraai (all in the Secunda area) and Sigma (near Sasolburg). As some of these mines are approaching the end of their useful lives, new developments are under way to ensure continued supply through the company’s mine replacement programme. This ongoing project is being undertaken to replace 60% of Sasol Mining’s operations in Secunda by 2020 at a cost of R14-billion.

The first of these new replacement mines is the R3.4-billion Thubelisha shaft, which was inaugurated in May 2012 at the Twistdraai colliery. This shaft will eventually comprise an operation delivering more than eight-million tons of coal a year over 25 years. This is the first milestone in the large-scale replacement of Sasol Mining’s operating capacity. The shaft will supply coal to both Sasol Synfuels Operations and export customers.

The Impumelelo mine replacing the Brandspruit operation will be ramped up to produce 8.5-millions tons a year, and can later be upgraded to supply some 10.5-million tons a year. This coal will be used exclusively by the Sasol Synfuels Operations plant. An underground extension of the Middelbult mine is also progressing, with the main shaft and incline shaft being replaced by the Shondoni shafts. The decline shaft sinking was completed in April, with construction 94% complete in June.

Sasol was a sponsor of the fifth annual Joburg Indaba, which took place on October 4 and 5, at the Inanda Club, in Sandton, where mining industry players gathered to discuss issues impacting on the industry.

The main objectives of the annual event are to encourage strategic, insightful conversations and create networking opportunities for different stakeholders in the industry. The theme of this year’s event was ‘Investing in resources and mining in Africa’.

For the past 67 years, Sasol has played an important role in the industrial growth and socioeconomic development of South Africa. Through Sasol Mining, Sasol says it continues to create jobs and contribute to social and economic development.

In addition to Sasol’s corporate social responsibility (CSR) programmes, Sasol Mining promotes social and economic development by implementing social labour plans and local economic development projects. Sasol Mining’s host communities, in four municipalities in Mpumalanga and two in the Free State, have benefited in many ways from various projects such as health clinics, a fire station, roads and footbridges, as well as housing for mining employees.

“As a proudly South African company, we embrace transformation. We are committed to contributing meaningfully to sustainable transformation within our organisation and in the communities near our operations,” says Sasol Mining senior VP Lucky Kgatle.

“As part of Sasol’s commitment to support, grow, empower and recognise women leaders, Sasol Mining’s Women in Mining Forum was launched in 2015. The forum addresses matters specific to women, from personal protective equipment and underground ablution facilities to career development and wellness.”

Kgatle highlighted that one of the achievements of the forum has been the boot camp initiative that physically prepares women candidates for employment at Sasol Mining.

In other Sasol Mining CSR news, the company announced this month that the Sasol Inzalo Foundation (SalF) handed over valuable equipment to technical high schools in Parys and Iketsetseng, in the Free State, on October 3.

The donation is part of its Technical Schools of Excellence Network programme, which focuses on boosting South Africa’s vocational skills pool and supporting the realisation of the National Development Plan’s target of creating 30 000 artisans.

“The programme is designed to create a network of technical schools of excellence in South Africa, focusing specifically on technical subjects. It is envisaged that it will increase the number of learners who will follow technical careers and move on from secondary education with the required skills to succeed in tertiary technical education and the world of work,” says Sasol Inzalo Foundation chairperson Dr Yvonne Muthien.

Since 2015, SalF has invested in 6 000 learners and their teachers from five technical schools in Free State, Gauteng and Mpumalanga. The purpose of this investment has been to improve the technical schools’ levels of excellence and help build a pipeline of artisans, and science, technology, engineering and mathematics technicians and technologists.