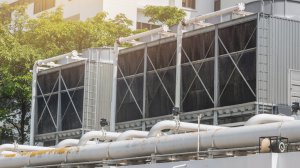 Construction of a new access road to Marula Platinum Mine on the Eastern Limb of the Bushveld Complex in Limpopo is nearing completion.

Jointly funded by Marula Platinum Mine and Roads Agency Limpopo, the new road will quickly and efficiently connect employees from surrounding communities, such as Diphale Village, with the Implats operation.

Matlokwa Transport & Construction was awarded the contract to build the road and associated 60m-long bridge over Moopetsi River.

Notably, the design of the bridge incorporates precast-concrete beams, despite the structure being only between 5m and 8m in height and crossing an intermittent river.

Lesila Moloka, Site Agent of Matlokwa Transport & Construction, says that  while the engineering design initially incorporated cast-in-place concrete beams, a decision was taken by Risimati Consulting Engineers to use precast-concrete beams when a flash-flood washed away all of the earthworks in 2019.

“We had to significantly accelerate the construction programme to keep the project on track. This approach proved to be a faster and more cost-effective means of constructing the superstructure. Mobilising to site in the beginning of January, our precast-concrete bridge beam supplier was able to complete the entire installation in only four days as planned to enable our teams to commence working on the superstructure immediately,” Moloka says.

The 52 high quality M2 bridge beams – 13 per 15,43m-long span – were manufactured and installed by Coreslab, which also worked closely with Risimati Consulting Engineers to optimise the design of the bridge.

On this project, Coreslab used an 110t mobile crane with a reach of between 7,5t and 14t to lift and assist its team place the precast-concrete elements.

The precast-concrete elements were dispatched from the company’s state-of-the-art factory in Polokwane, just more than an hour-and-a-half commute from the construction site in Burgersfort, and lifted directly from the specialised trailers.

Also designed to handle the high volume of heavy commercial vehicles that service the mine on a daily basis, the 12,5-km long and 14m-wide Category C road comprises base and sub-base, upper and lower select, a roadbed and rock-fill layers with a double seal asphalt surfacing.

Matlokwa Transport & Construction is sourcing some of the aggregate requirements for the road from its own crushing operation.

The crushing and screening plant is located at Modikwa mine, another platinum operation in the area, where the company produces 19mm and 96,7mm, as well as sand from waste rock.

Jaco de Bruin, managing director of Coreslab, says that he is proud of the company’s association with this contractor, which has a CIDB 7 grading and a national footprint.

“Notably, this project has created employment opportunities for more than 90 people from surrounding communities once it peaked last year. This project stands out as another stellar example of the role that infrastructure delivery has to play in creating much-needed employment in the country,” De Bruin concludes.