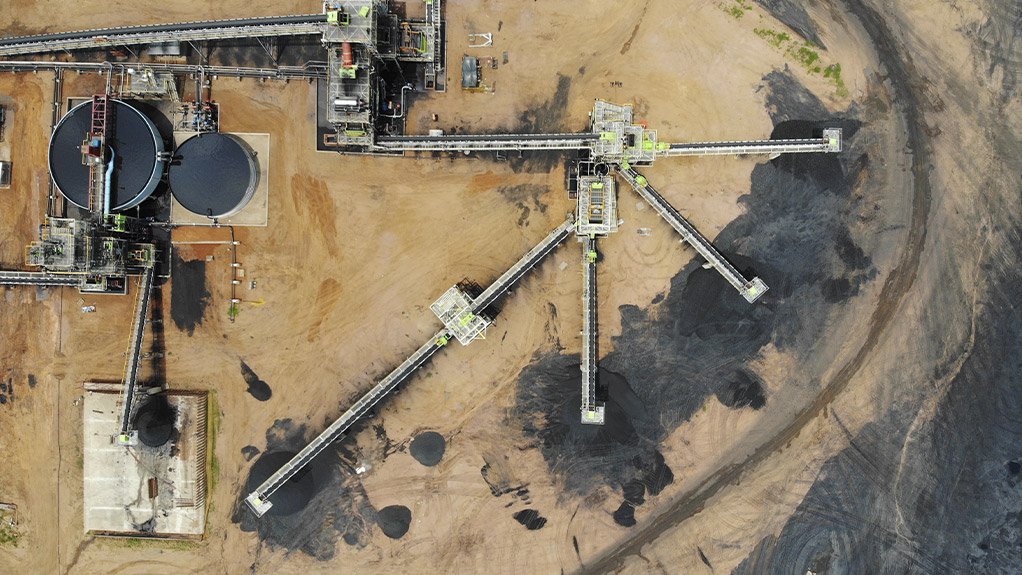 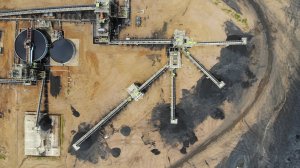 COAL CAPITAL The cost of the Khanye colliery’s establishment and construction equates to R600-million, which includes land acquisitions

The relocation of an 88 kV powerline, which is traversing a future portion of one of the opencast pits and consequently sterilising a section of coal, is the only remaining project at the Khanye colliery.

This project has been approved from an environmental and legal standpoint as part of the mine’s environmental-impact assessment and environmental management plan, says coal exploration and mining company Canyon Coal group project manager Clifford Hallatt.

He tells Mining Weekly that the powerline should be relocated by mid-2020, as State-owned utility Eskom has been “very supportive of the process”.

Construction at Khanye, in Bronkhorstspruit, Gauteng, was concluded this year, with the completion of a 10 MVA substation – the final major milestone for the project team, states Hallatt. The cost of the mine’s establishment and construction equates to R600-million, which includes land acquisitions.

The substation allows for the mine to be serviced by the Eskom grid and replaces costly generators.

Further, to achieve the desired increase in production at Khanye, two pits were opened this year, in accordance with the approved mining works programme. This is in addition to the first box cut in January 2018.

“In line with the production profile, additional mining teams were also acquired with the establishment of Canyon Mining Services on site,” notes Hallatt.

This flagship opencast mine has reached a steady-state production rate of 200 000 t a month. With the establishment of the new pits and mining teams, this capacity will be maintained for the duration of the 16-year life-of-mine (LoM).

With regard to extending Khanye’s LoM, Hallatt says, there are several prospecting right applications in the area surrounding the mine, with Canyon constantly seeking new opportunities by engaging third parties that have projects in the area.

About 80% of Khanye’s product is exported, with about 320 000 t having been railed to the port in KwaZulu-Natal, as at the end of October 2019. The first train was dispatched in May last year.

The remainder of the mine’s coal is sold to local customers such as boiler operators, cement manufacturers, brickmakers and the ferrometal industry.

Further, Canyon concluded the R36-million upgrade of the Bronkhorstspruit rail sidings 8 km from Khanye in May this year to accommodate the loading of coal.

Various existing railway tracks in the yard were removed to accommodate a coal loading platform at the existing loading facility.

In addition, various ancillary structures and facilities were upgraded, including that of the siding entrance in accordance with Gauteng Roads Agency specifications.

“This coal siding is of strategic importance to Khanye Colliery as it provides the mine with the shortest possible route to market by connecting it to the rail network that will transport the coal to the port,” emphasises Hallatt.

Benoni-based railway consultant WRW Consulting Engineers was responsible for the design and construction management of the project, while various contractors were appointed in their respective fields of expertise. These included earthworks and civil construction, track work and overhead electrification, with Canyon allocating R12.3-million of the total project cost to local contractors and suppliers.

Hallatt notes that the construction of the plant went according to plan, with standard delays during the process, including high rainfall and community unrest.

“The plant is performing beyond expectations. As this is relatively new technology in the South African coal processing space, there was a degree of hopeful scepticism during the design phase, but this was put to rest as a result of much research, which included physically inspecting the technology in action at operational processing plants.”

He explains that the plant contains all the components usually found in a coal-processing facility, with the exception of the Larcodem technology, which replaces conventional drum and cyclone sections.

During the plant’s construction, a 110 t/h interim plant was used to wash coal.