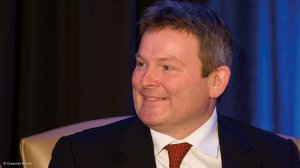 JOHANNESBURG (miningweekly.com) – The platinum mining industry is not mining anywhere near the forecast demand of nine-million ounces by 2025, the nominal global demand quantum based on a modest compound annual growth rate of only 1.5%.

Reiterating this to journalists on Tuesday, Northam Platinum CEO Paul Dunne pointed out that nine-million ounces is a large number relative to primary mine production out of Southern Africa, which supplies 80% of the world’s platinum but which is on a substantial decline trend.

Price-dependent global platinum recycling is also in decline and all estimates of surface stocks are calculated to be insufficient to deliver what will be needed.

His ongoing analysis points to supply being close to two-million ounces short of the required nine-million ounces and that the market is significantly out of balance over the next ten years based on supply-and-demand fundamentals.

South African production, which provides the lion’s share of mined output, has been in steady decline for the last ten years and cannot be quickly reversed, especially since current platinum-industry economics are far worse than in previous years.

Assets enter a period of depletion from the first day of mining and constant reinvestment is essential to maintain production, which has not been done because of the absence of an incentive price.

Platinum can be bought currently at the low price of $920/oz, which is cheaper than the cost of production and an unsustainable market condition.

While the industry was extremely opaque two decades ago, it is far more transparent currently.

“Everybody’s skirts are up and you can see clearly what’s going on, and you can do the sums from the rock face to the metal sales. Analysts can do it for you almost in their sleep these days. It’s become a very transparent industry,” Dunne disclosed.

Producers are all playing open cards and the metal markets in New York, London and Tokyo are moving against the weak hand of South African producers, who are forced sellers with no option but to protect their balance sheets.

But the buying of platinum at prices below the cost of production from forced sellers will end when supply from vaults and recycling becomes uncertain.

“If a degree of uncertainty occurs, in particularly the primary production base of Southern Africa, the platinum price could increase by $100/oz overnight in New York. We’ve seen it happen at least twice in recent history,” Dunne recalled.

Mining production cannot be better than the extrapolated trend line because the orebodies are finite and many near-term projects on hold or unfunded would take time to be financed and restarted.

Northam Platinum, a JSE-listed integrated platinum group metals producer, has two wholly owned mines, Zondereinde on the western limb of the Bushveld Complex, and Booysendal, a fully mechanised mine on the eastern limb. Metallurgical operations at Zondereinde include a smelter and base metals removal plant.

The company is investing R5.5-billion in platinum growth projects and is currently in a recruiting phase, with the staff complement set to rise from the current 12 000 employees to 14 000 employees in 2020.

The company’s market capitalisation has increased from R13-billion when Dunne was appointed CEO three years ago to R21-billion currently.