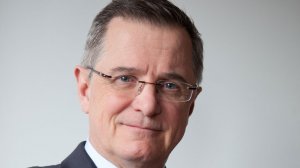 JOHANNESBURG (miningweekly.com) – Platinum features on the cathode of zinc-air battery technology that is taking the City of New York by storm in helping to lower the carbon footprint of its buildings, Mining Weekly can today report.

Zinc8, the Canadian Stock Exchange company that has won the city’s decarbonisation challenge, has opted to use platinum on its cathodes to give it the performance required from the market in the implementation of zinc-air regenerative fuel cell energy storage.

New York buildings with areas of more than 25 000 square feet are required by law to lower their carbon footprint and there are 58 000 of them. (Also watch attached Creamer Media video.)

Regarding the use of zinc, Zinc8 president and CEO Ron MacDonald told Mining Weekly in a Zoom interview: “Zinc is plentiful, it’s fairly stable and it’s fairly low-cost. When we generate the power, we grab air, that’s why it’s called zinc air.” In playing its role, the zinc is not consumed.

The hypothesis of mass production by outsourcing is being tested along with assembly in various licensed countries.

Scaling the zinc battery technology involves increasing the size of the energy storage tank and quantity of the recharged zinc particles.

“We’re using some platinum in our cathodes. We could not find a cathode that gave us the performance and the economics that we require, so our team here developed our own cathode.

“It’s a trade secret and it’s giving us the performance that allows us to go to the market and truly give them the cost that’s required from the market to start using this type of storage and getting the economics out of it.

“The cathode is something very special for us, and that is one part of the whole equation that we’re currently manufacturing in the facility that I’m sitting in right now,” said MacDonald, a former Canadian Parliamentary Secretary of International Trade.

Zinc8 is collaborating with the New York Power Authority, the largest state public power organisation in the US, to help advance the Green New Deal of New York State Governor Andrew Cuomo by achieving the energy storage goal of 3 GW by 2030 and by supporting a commitment to 100% electricity from emission-free sources by 2040.

The company is also working on the first private sector deployment with Digital Energy Corporation to install a 100 kW to 1.5 MWh zinc-air energy storage system in Brooklyn, New York, which is scheduled to be installed in 2022.

“We’ve been dealing with opportunities in South Africa for the last year and they’re coming closer to decision-making for instalments in like 2025 – very large, very credible. It takes time, it takes modelling, but at the end of the day, hopefully we’ll be operating in South Africa,” MacDonald said.

The system involves electricity being used to generate zinc particles in its zinc regenerator and oxygen is released to the atmosphere as a byproduct.

“Our system is geared for long-duration storage,” said MacDonald, with three-months of grid-level storage under discussion with a power corporation and a potential zinc producer challenged by seasonal power shifting from a hydropower source that has different outputs at different times of the year.

Zinc8 is targeting a New York listing and discussing the likelihood of also manufacturing in New York.