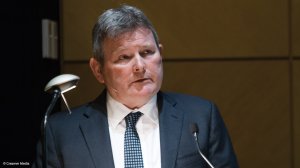 JOHANNESBURG (miningweekly.com) – The platinum mining industry is not mining anywhere near the forecast demand of nine-million ounces by 2025, the nominal global demand quantum based on a modest compound annual growth rate of only 1.5%.

Nine-million ounces is a large number relative to primary mine production out of Southern Africa, which supplies 80% of the world’s platinum but which is on a substantial decline trend.

Price-dependent global platinum recycling is also in decline and all estimates of surface stocks are calculated to be insufficient to deliver what will be needed.

“What we’re saying is that fundamentally, this market is out of balance over the next ten years, by some distance,” Northam Platinum CEO Paul Dunne outlined in response to Mining Weekly Online at last Friday’s presentation of results, where the company elaborated on its suite of four growth projects aimed at supplying into a rising price market. (Also watch attached Creamer Media video).

Extrapolated is a demand growth rate similar to projected world gross domestic product being considerably greater than inadequate primary supply caused by underinvestment over many years.

“At the end of the day, you can’t mine the same ground forever. These orebodies are very old now,” Dunne said of many of the Bushveld Igneous Complex western limb shafts, which were conceived as 30-year-life operations but which are already 40 years and over.

“These assets deplete from day one. If you don’t invest the capital to replace the mining infrastructure, in other words, if you don’t capitalise the orebody, then you’re not going to produce,” Dunne added.

An analysis of the capitalised ounces of the platinum-mining industry reveals that little can be done to produce more primary ounces in the course of the next ten years.

Production cannot be better than the extrapolated trend line because the orebodies are finite.

The other issue is that the current forecast is made on the assumption that all the ounces stated as being in reserve can be mined profitably.

However, this may not be the case as many of the most challenging orebodies have been left till last, with often only scattered, remnant mining opportunities remaining.

There is also a qualitative aspect in that much of the western limb’s higher quality Merensky reef has been mined out.

“These things in our analysis imply a much lower primary production out of South Africa from the ground – not from vaults and project pipelines – unless there is capitalisation of new areas of orebody,” said Dunne.

The many near-term projects on hold would take time to be financed and restarted.

Time is probably the most precious commodity that the industry needs to consider.

“It’s actually not the capital cost. It’s the time to produce and we take the view at Northam that it would like to be first to market. We believe that we must start the construction effort now and not on the day that the market turns.

“We believe the market will turn because it is in fundamental demand/supply deficit. We are preparing for when the market turns and making sure we can produce ounces into that rising market,” he added.

In addition to the company’s stable production base from the conventionally mined Zondereinde platinum mine and the mechanised Booysendal North mine, the company’s board has approved a total capital expenditure of R5.5-billion on four growth projects, the biggest of which is the R4.2-billion, six-year, 240 000 oz/y Booysendal South project on which work has already begun and where steady state is expected in 2022.

It has a declared reserve base of 24.5-million ounces, each of them meeting the company’s hurdle rate margin at current prices.