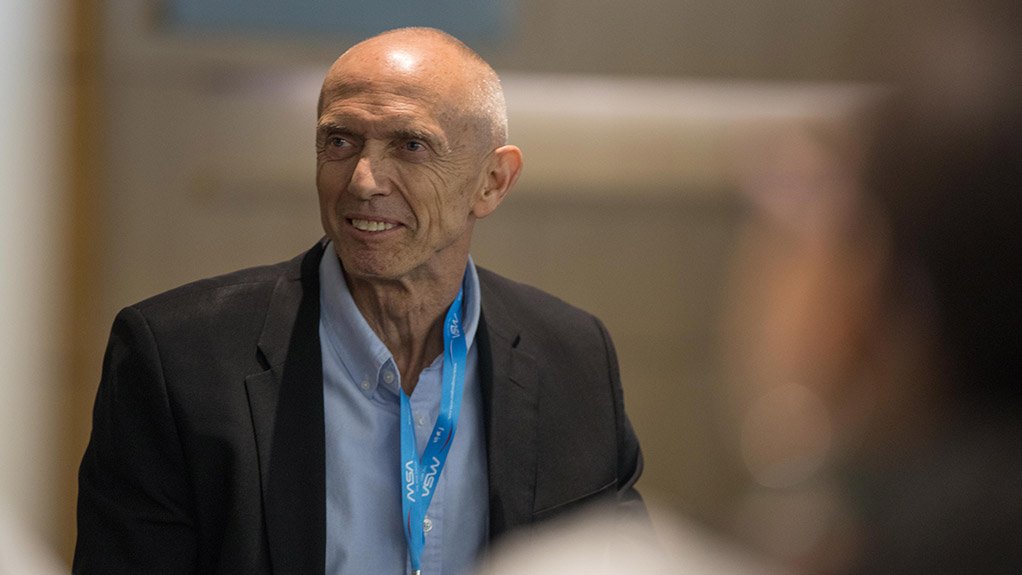 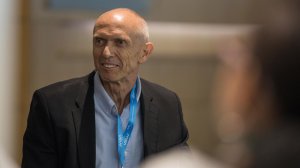 Speaking at a breakfast to publicise the upcoming Junior Indaba on June 7 and 8, Major cast doubt on gold going much higher, said iron-ore was heading for a fall and forecast a lower thermal coal price by year-end.

“I think platinum has a better chance of going up than almost any other commodity,” Major said, positioning the currently low-priced precious metal as being “very close to its mean”.

“I’ve got a lot of my pension fund in platinum, as opposed to gold,” he added at the function, which was hosted by Junior Indaba chairperson Bernard Swanepoel, who is also president of AHI, the small and medium-sized enterprise representative organisation.

Major questioned the current price of steam coal: “It’s fighting gravity, so I definitely don't see coal staying above $80/t by the end of this year,” he commented.

He sees the iron-ore price of $80/t-plus as being way too high: “That’s one of the heaviest commodities we’ve got; there’s no way it’s going to stay up this high,” he said, projecting that it would be closer to $60/t by the end of next year.

On zinc, his comment was: “Good news can only last so long in the kind of environment we’ve got today,” adding that he would be surprised if the zinc price was still in the $2 800/t range this time next year – but he could also not see it dropping significantly lower.

He found fluorspar and uranium to be plumbing the low-price depths, and declared fluorspar to be at its probable lowest price point.

“If I had to put money into a commodity now, it would be platinum first and fluorspar a close second,” Major said.

He cast doubt on the chances of the gold price remaining at a level higher than $1 250/oz and attributed its current performance to the instability created by US President Donald Trump.

He described the current gold price range as being excellent news for the countries producing a lot of it, which regrettably no longer included South Africa.

“It’s great news for China, Russia, America, Canada and Australia. They produce a lot,” he said, but added that he could not see rising price prospects for gold.

“I think it could be at $1 200/oz next year, but I just cannot see it going any higher. There’s just too much gold out there,” Major said ahead of the Junior Indaba, which highlights the opportunities open to junior mining companies.

From being the world’s most ambitious mining country, South Africa’s mining industry was now the most destroyed industry without a world war, with illegal mines killing large numbers of people, but without receiving sufficient official attention.

While State electricity utility Eskom was once supportive of mining, high electricity tariffs were now making it impossible for mines to make money .

“Who is running the mining industry today? Everyone or no one? Only the correct policies can lift us from this because we’re reverting to the mean,” he warned, pointing to policy change as South Africa's only hope.

He drew attention to the policy change in Chile, which resulted in strong mining growth in the face of commodity price headwinds.

He expressed the firm belief that the correct policy change in South Africa could return the country to being an investors’ dream.