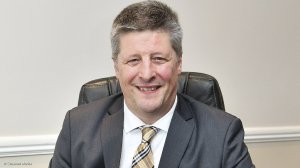 This would mean that PGMs would not only play key roles in internal combustion engine emission reduction and emission-free proton exchange membrane fuel cell electric vehicles, as they already do with such great effect, but would also enhance the effectiveness of battery electric vehicles, where they have not featured up to now.

This is because Lion Battery, founded by Platinum Group Metals in partnership with Anglo American Platinum, supports the use of palladium and platinum in lithium battery applications.

Battery electric vehicles have an energy density that some original equipment manufacturers (OEMs) would like enhanced and Lion can add 30% more range or power.

“Or, for the same range and power, you can shrink your battery by 30%, which gives you more space and less weight. This is what the OEMs are after, and that’s the solution we want to bring to the market with Lion Battery,” said Oeyen.

PGMs are also positioning themselves at the core of many new applications that have the potential to make the world a better place. Going well beyond the entrenchment of PGMs in the traditional areas of jewellery and investment – which are still being promoted through Platinum Guild International and the World Platinum Investment Council – PGMs are now finding growing relevance in the new areas of food, health, computing and even aerospace and satellites as well as already being synonymous with hydrogen and energy storage.

PGM roles that are intensifying include reducing food waste, minimising the side effects of anti-cancer drugs, and revolutionising computer technology by making computers much faster, more efficient and less electricity intensive.

Food waste is a huge problem especially in the developed world, where too much food is discarded. Now a platinum-based catalyst in the refrigerator can keep food fresh for longer.

PGMs are also set to play a role in satellites that will provide the world with high-speed Internet.

All that in addition to the key role of PGMs in the new far-reaching hydrogen economy.