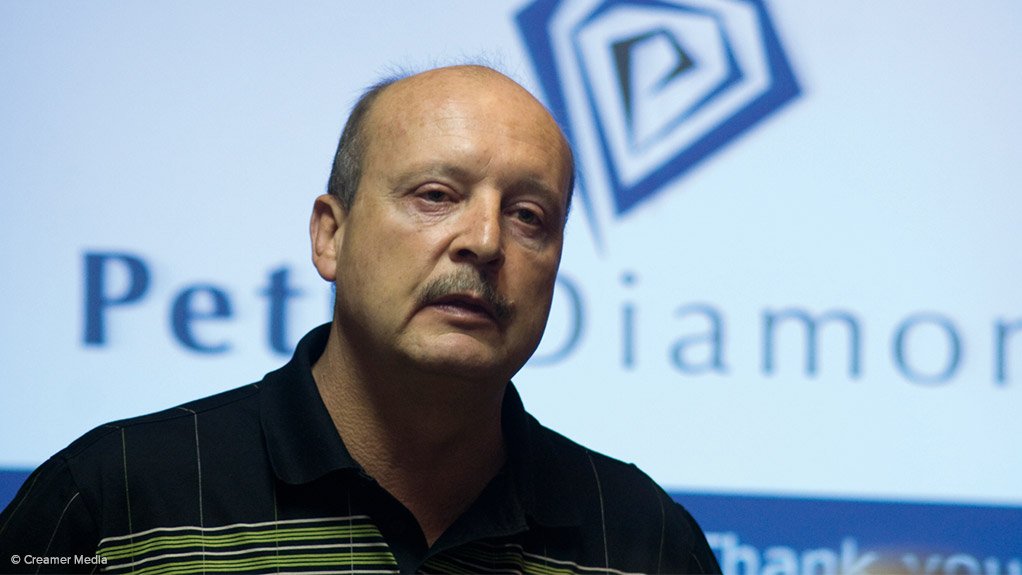 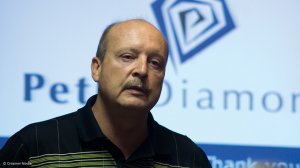 JOHANNESBURG (miningweekly.com) – The share price of Petra fell sharply on Thursday on grade variability issues and 31% lower overall revenue in the three months to March 31.

In the absence of the previous corresponding quarter’s $25.6-million “exceptional stone” as well as product-mix changes and lower grades, revenue fell to $96.1-million from $138.3-million.

By late afternoon, the share price of the London-listed FTSE 250 company had tumbled by more than 13% to 162.3 pence.

In an earlier trading update for the three months to March 31, Petra cautioned that the market continued to face credit availability headwinds, plus US dollar impact on dollar-denominated diamond prices.

Average prices fetched for Petra's diamonds fell below the company’s own price guidance, despite the diamond market as a whole experiencing slightly higher like-for-like prices, which Petra was unable to capture after run-of-mine (RoM) volatility saw Cullinan’s production dip 10% to 166 846 ct.

The company, headed by CEO Johan Dippenaar, also used the trading update to forewarn that full-year production would be below the 3.3-million carats guided and that grade variability from the Cullinan and Finsch mines would continue to be a constraining factor while the company transitioned into areas with undiluted ore.

On the sales tender front, Petra described its first two diamond tenders as “well attended”, but the earlier timing of its March tender reportedly led to smaller volumes of sales.

There seemed no real reason, otherwise, for shareholders to sell off Petra shares so hurriedly as, in the three months to March 31, it increased production, boosted cash holdings, cut debt and used the trading update to reiterate its commitment to dividend payments, which would begin at a maiden 2 pence a share in this financial year to June 30.

Unlike Cullinan, Finsch, Kimberley Underground and Koffiefontein, in the Northern Cape, as well as Williamson, in Tanzania, all reported improved production in the three months to March 31.

Moreover, the company said that an expected decrease in waste development activities, additional measures to access higher-grade areas in the old block cave and the first phase of the C-Cut undercut would lead to an improved RoM grade profile at Cullinan.

Investec Securities mining analysts described the trading update as only “mildly disappointing”, explaining that it needed to be seen against the background of the company’s main mines transitioning through low-grade areas into fresh ore sources that would in future support rising volumes and falling costs.

While cautioning that the strong dollar could constrain a near-term diamond-market recovery, the analysts also described the market’s current credit constraint and excess polished inventory weaknesses as “a temporary phenomenon”.

Petra’s cash in hand rose to $41.8-million from $29.7-million in the corresponding quarter last year and its net debt fell to $99.3-million from the prior period’s $118-million.

With its beneficiation partner, Petra reported that it was considering the most appropriate route to market for the now cut-and-polished 122 ct blue diamond, in which it has a 15% interest.

The company said that expansion programmes were on track, capital expenditure was in line to deliver undiluted ore and that recoveries from high density luminescent material were set to improve with the help of X-ray florescence sorting machines.

Williamson’s production increased 27% to 57 542 ct and the Helam mine, in South Africa, has been placed on care and maintenance.