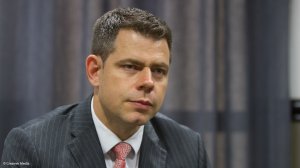 For the period, the company recorded a robust operational performance, with gold sales volumes having increased by 13.6% to 90 602 oz of gold.

Loots said that despite the increase in the group’s overall all-in sustaining costs (AISC), AISC at its tailings businesses operated at exceptional margins, with Elikhulu producing at an AISC of $708/oz and its Barberton Tailings Retreatment Plant reporting an AISC of $643/oz.

Group profit after taxes increased by 125.8% to $21.9-million, owing to the improved production performance at Evander Mines and the prevailing robust dollar and rand gold prices.

Group revenue increased by 36.2% to $132.8-million, owing to an increase in gold sales from Evander Mines, following a full six-month contribution from Elikhulu to the group’s production profile, as well as an increase in production from remnant mining and surface sources.

In terms of safety, the group had no fatalities during the period, on par with 2018; while its lost-time injury frequency rate improved to 1.69 per million man hours.

OPERATIONAL ACHIEVEMENTS
Previously, the company had committed to increasing margins at its higher-cost underground operations, and Loots indicated that it was encouraged by the progress made in achieving this objective.

At the Evander Mine’s 8 Shaft pillar project, all development milestones were achieved on time and within budget. It will reach commercial production in the next few weeks, adding further high-margin production from the company’s operations in the second half of this year.

At the New Consort mine, Pan African will also start mining the PC Shaft pillar in March, adding incremental gold production and considerably reducing the unit cost of production from this operation.

Loots emphasised that, critically, the company was conducting pillar mining activities in a way that did not sterilise the longer-term future of the operations.

The study is undergoing an independent technical review.

The group is exploring several nondilutive funding options for Egoli, which will enable it to continue its strategy of de-gearing its balance sheet and increasing dividends.

In this regard, the group is engaging with several financial institutions that have expressed an interest in the continued financing of the group’s organic growth projects, Loots informed.

“Our attractive pipeline of near- to medium-term growth projects, including the Egoli project and Barberton Mines’ Royal Sheba project, have the potential to significantly boost group production in the coming years.

“Despite some challenges, including electricity supply constraints and illegal mining, Pan African Resources has demonstrated the ability to operate successfully in South Africa,” said Loots.