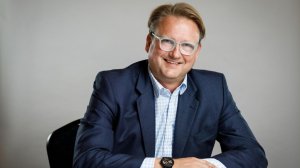 JOHANNESBURG (miningweekly.com) – The Pallinghurst Group now has within its fold all the key elements needed for lithium-ion batteries, fuel-cells and the green hydrogen economy.

All this is taking place as the twenty-sixth United Nations Climate Change Conference – COP26 – calls for urgent action to reduce carbon emissions and to build resilience to the accelerating impacts of climate change.

“What our latest acquisition means is that we now have all the key elements that you need for the lithium-ion battery – and we have the key elements in platinum group metals that you need for fuel cells and the green hydrogen economy. We had the benefit of being ahead of the curve and we’ve got what we were looking for,” Pallinghurst Co-CEO Arne Frandsen said during a Zoom interview with Mining Weekly. Frandsen chairs the New York-listed Nouveau Monde Graphite of Canada, partners the Government of Quebec with Nemaska Lithium, and chairs Sedibelo Platinum Mines in South Africa, a prime example of how progressive thinking can lead to a very sustainable source of PGMs which are poised to play a climate-bettering role in the green hydrogen economy.

TSX-listed Talon Metals, headed by South Africa-moulded CEO Henri van Rooyen, has been developing assets which Frandsen describes as North America’s most exciting nickel prospects. Also in the mix are cobalt and copper.

Nickel sulphate, needed to give range to battery electric vehicles, will be produced and true to the consistently green template which has become synonymous with Pallinghurst, the operation will have a zero-carbon footprint – along with the ability to deliver the three critical cathode materials to the battery makers of North America and beyond.

For the anode side of the battery, the Pallinghurst-linked Nouveau Monde is rolling out the Phase 1 graphite beneficiation plant on schedule and on budget to produce battery-grade graphite early next year in the most environment-friendly way. The high temperature, electricity-intensive purification process has the benefit of carbon-free hydropower and its commercial line shapes and purifies coated graphite to install in the anode of batteries. Key is that the graphite particles are correctly shaped, free from impurities and coated for correct stacking.

The New York-listed Nouveau Monde is also on its way to becoming the country’s first all-electric opencast mine at the Saint-Michel-des-Saints operation, with mine hauling also hydropowered. Moreover, deforestation is being addressed by tree planting to ensure that the mine site benefits from maximum forest cover.

Nemaska Lithium and the battery-grade lithium hydroxide it offers forms an important part of the business against the backdrop of lithium being supply-constrained and Nemaska’s hard rock spodumene project being one of the largest of its kind in North America.

A significant amount of money has been invested and preparation has commenced for the building of the hydroxide chemical factory. The spodumene concentrate produced at the mine will be processed.

“It’s really going full speed ahead,” said Frandsen, who described the Government of Quebec as being a great partner.

Sedibelo’s Pilanesberg platinum mines are situated in the Bushveld Complex, 207 km west of Johannesburg. In December last year, Sedibelo announced the expansion of operations at Pilanesberg into contiguous deposits of Sedibelo Central, Magazynskraal and Kruidfontein – known as the Triple Crown properties, with an estimated resource base in excess of 60-million four element PGM ounces. The expansion includes the construction now on schedule to deliver a 110 000 t beneficiation plant, employing the remarkable cost- and energy-efficient Kell technology, which slashes 82% off electricity use and is poised to elevate platinum to a new high level of greenness.

Sedibelo shares an interest in Kell with the State-owned Industrial Development Corporation (IDC) and founder Keith Liddell, with IDC serving as an enormously supportive investor since 2012.

The revolutionary Kell comes at a third of the capital cost of smelting/refining and at half of its operating cost. End products can be customised and the proposed Sedibelo Kell plant will be producing refined 99.95% PGM metal products. Kell produces refined metals at the mine site and thus generates more skilled jobs at the mine site.

“We have a very simple plan. We want to produce the greenest ounce of PGM that can be produced, and we want to do it in a sustainable fashion, with an absolutely minimal carbon footprint,” said Frandsen, who is taking steps for the remaining 18% of the power required to be renewable and for green hydrogen to play an on-site role.