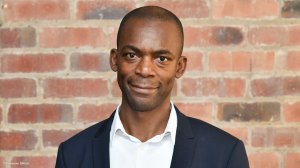 Polymetallic minerals exploration and development company Orion Minerals’ flagship Prieska zinc/copper mine, in the Northern Cape, is expected to start production by 2021.

This is notwithstanding any potential challenges and delays, Orion COO Walter Shamu said during a media briefing on Thursday.

In the interim, the dual-listed miner will release an updated Joint Ore Reserves Committee- (Jorc-) compliant resource statement for the project.

A bankable feasibility study (BFS) is expected to be released by the second quarter of 2019 and is investigating a simple start-up of production by mining the remnant zinc/copper mineralisation.

Commenting on the company’s progress over the past year, Shamu told Mining Weekly Online that “2018 has really been a year where we’ve taken the knowledge infill to end up with a resource that we could put into a BFS”, adding that this followed an intensive drilling programme of about 85 000 m in 2017 to prove that the deposits existed.

Looking to the new year, Shamu highlighted that concurrent with the BFS, Orion Minerals intends to have a final study released by early 2019.

With the application for a mining right already submitted, and with approval expected towards the middle of 2019, he noted that funding for the start-up capital would be the next step.

Funding would be a combination of debt and equity, and a number of innovative funding mechanisms are being considered, the company said.

Mine construction work is expected to start in the latter half of 2019.

Meanwhile, the miner is considering “quite an intensive programme” of dewatering at the Prieska project, which has about eight-million to ten-million cubic meters of underground water that needs to be dewatered.

This, he told media, would take between 18 and 24 months to complete.

This would take place concurrent to the shaft refurbishment and setting up, to ensure that there are no delays.

At the shaft, the majority of steelwork in the 8-m-diameter, 1-km-deep shaft is reusable.

Orion needs only to establish new hoisting mechanisms and repair a portion of the shaft, Shamu said.

The first phase of the Prieska project has an unconfirmed life-of-mine of about ten years.