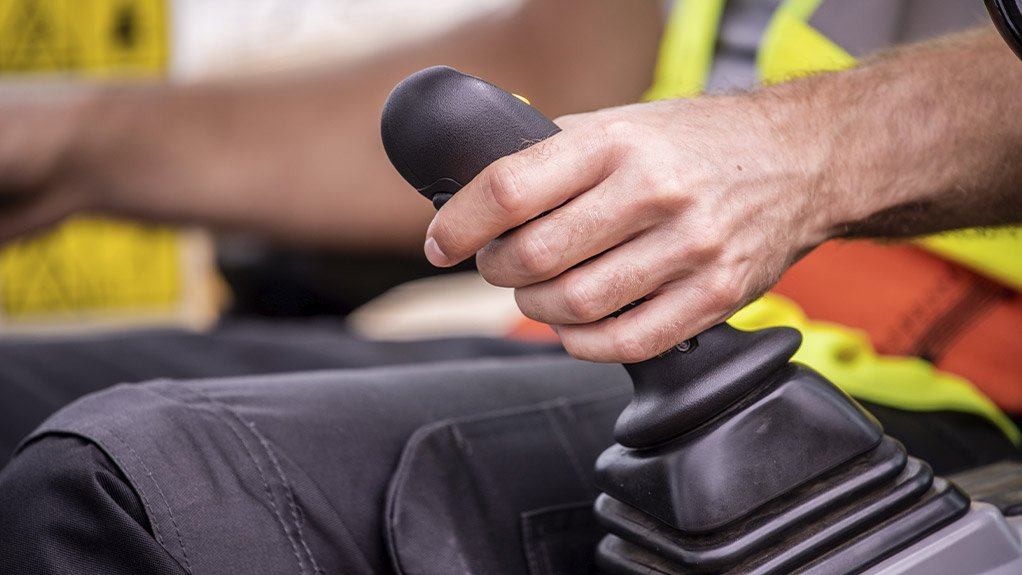 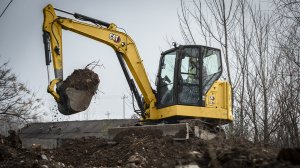 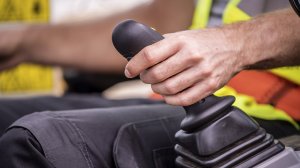 SOUTH AFRICAN INFLUENCE Air conditioning has also been introduced as an option on all Cat Next Generation mini excavator model sizes in response to direct feedback from South African customers
STICK STEER OPTION An operator of Cat Next Generation mini excavator can choose whether to control the machine using levers and foot pedals or by hand only
BY: Tracy Hancock
Creamer Media Contributing Editor

US construction machinery manufacturer Caterpillar’s mini excavators will be one of the first Cat product lines to be sold online through its Southern Africa dealer, Barloworld Equipment, this year.

“The new 306.5, which replaces the 306E2, is a particularly popular model. It has a fixed boom and standard tail swing for ease of operation and is highly productive. Another model that is doing well in the country is the 307.5, which offers an engine power solution that is perfectly suited to South African conditions.”

Barloworld Equipment has predominantly supplied the Cat Next Generation mini excavators – popular owing to their size and versatility – to customers in forestry and agriculture, in KwaZulu-Natal and the Western Cape, and plant hire and construction, with increased interest from mining customers being noted.

Demand for capital equipment in the South African construction sector has declined over the past year, but interest in these new mini excavators is growing in popularity for compact applications in the construction hub of Gauteng, where construction is taking place in increasingly narrow spaces, says Barloworld Equipment.

“The excavators were designed with direct input from customers. By engaging with customers at an early stage, we ensure that Cat machines are well designed for the conditions and applications our customers work in every day,” says Macdonald, specifically highlighting Caterpillar’s response to demand for greater performance and a lower cost of ownership.

These mini excavators deliver a 20% increase in performance and a 10% decrease in total cost of ownership.

Industry-first features are also available and include adjustable operator settings – enabling each machine to be set to individual operators’ preferences – and stick steer, which enables the operator to ‘track’ the machine as he or she would a skid steer loader.

“South Africa has large open spaces and machines can be ‘tracked’ over long distances. While traditional tracking controls require an operator to be hunched over the travel levers in the cab, this is no longer the case with stick steer. The Cat Next Generation mini excavators can be tracked using the left-hand joystick, which improves operator comfort and increases productivity.”

Stick steer also offers operators the choice of controlling the machine using levers and foot pedals or by hand only at the touch of a button.

In addition, cruise control allows for a consistent machine speed to be maintained over a distance without any input from the operator.

“Cruise control can be maintained through a trigger underneath the joystick, which is perfect for working at a constant speed with an attachment, such as a flail mower or mulcher. Operators no longer have to use their feet and hands in this regard, which improves comfort and the operating experience,” states Macdonald.

Owing to direct feedback from South African customers, air conditioning has also been introduced as an option on all model sizes.

This is in response to the challenges that air filtration and dust pose for construction machines operating in the country, but it also helps to further improve productivity and reduce operator fatigue.

Macdonald says this enables operators to work in complete comfort, improving productivity in the dry and hot operating environment.

Cabin temperature is controlled using an LCD monitor, whereby settings, such as hydraulic speed, can also be adjusted to suit the task at hand. The monitor further enables operators to receive calls and Bluetooth is an option.

“South Africa is an important market and Caterpillar continues to invest in its support network in the country, opening the Johannesburg aftermarket parts distribution centre in 2017. We see the country as a long-term opportunity for growth,” concludes Macdonald